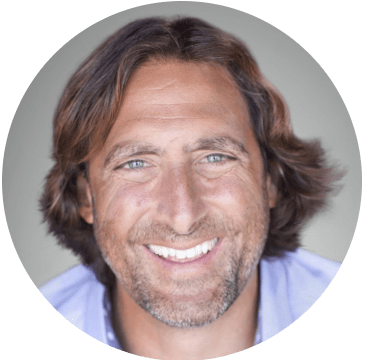 Victor Ciardelli is many things: loving father, generous philanthropist, innovative entrepreneur, driven business owner. A native of Hinsdale, IL, Victor is first and foremost a family man. He feels incredibly blessed to be the father of four amazing kids—Victor, Tristan, Chloe and Ava—and enjoys every moment with them and the family dog, a black German Shepherd named Bella.

Victor is extremely passionate about what he does and feels fortunate to be surrounded by so many fantastic friends and coworkers. He is very spiritual and leads an active, healthy lifestyle that includes meditation, workouts and bike rides. Victor also loves to travel and experience all the wonderful people, animals and natural beauty this planet has to offer.

A huge part of Victor’s heart is devoted to people in need. He strongly feels he has been put in a position to give back and help others. In 2012, Victor founded the Guaranteed Rate Foundation to touch the lives of employees, partners, friends and communities in positive, meaningful ways. From family tragedies to special needs children to disaster relief, the Foundation has assisted more than a thousand individuals across the country and distributed nearly $2 million in aid. Guaranteed Rate covers 100% of all expenses, meaning every penny donated to the Foundation goes to someone in desperate need.

Victor is also dedicated to creating a brighter future for his beloved hometown of Chicago. In 2017, Guaranteed Rate teamed up with Chicago Public Schools to create personalized learning environments in classrooms across the city. Victor named the program "Put the Kids First" and kicked off the initiative by donating $350,000 to modernize 10 CPS classrooms.

Victor is the founder and CEO of Guaranteed Rate, the largest independent retail mortgage company in the U.S. and a top 7 retail mortgage lender overall. Victor broke into the residential mortgage industry in 1992 at the age of 24, when he started his first company, Guaranteed Financial Mortgage Services, Inc. During his eight years at the helm, Victor saw a need—and an opportunity—for a faster, simpler, tech-based approach to home financing.

In June 2000, Victor founded Guaranteed Rate on the principles of low rates, groundbreaking technology, complete transparency, five-star customer service and a quick, easy mortgage process. His mission: deliver more value to customers than any bank or mortgage company in the country.

In July 2015, Victor oversaw the launch of the World’s First Digital Mortgage. His vision for a better mortgage process led him to create the revolutionary online application, which delivers credit scores, automated underwriting and a real loan approval in less than 20 minutes. Guaranteed Rate’s Online Division follows up on applications submitted via the Digital Mortgage, helping the company capture a digital audience.

Victor’s unprecedented impact on the mortgage industry has not gone unnoticed. He won the Ernst & Young Entrepreneur of the Year award in 2012, was named “CEO of the Year” by Mortgage Executive Magazine in 2012 and 2013 and brought home CEO of the Year at the 2014 CityLights Awards, where he was the only finalist not from a traditional tech or software company. In addition, Victor has been named to MPA Magazine’s “Hot 100” list of the most influential people in the mortgage industry every year since 2013. Most recently, he was included in Crain Chicago Business’ 2017 list of “Who’s Who in Chicago Business.”

The company he leads continues to rack up the accolades as well. Guaranteed Rate was named one of the city’s “Coolest Companies of 2015” by Chicago Inno and awarded “Lender of the Year” by Chicago Agent magazine in 2016. The company was listed in HousingWire’s “Tech 100” in 2017 and has been included in the Chicago Tribune’s “Top Workplaces” for five years running. Guaranteed Rate has also been featured in Crain’s as one of the largest and fastest-growing privately-held companies in Chicago.