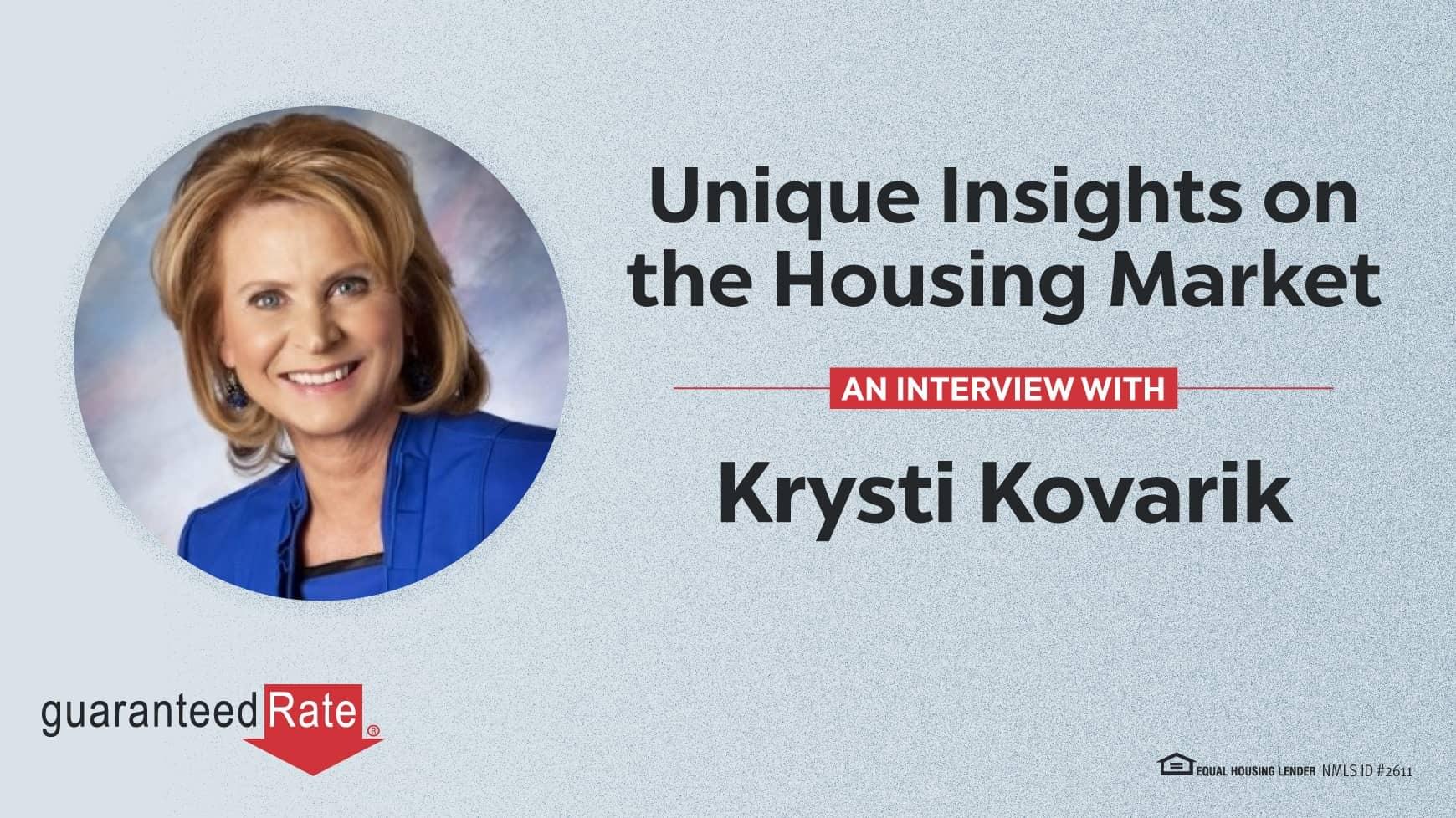 After 16 years as mayor of Gurnee, Illinois, Krysti Kovarik left office on May 3. Not only is the length of her tenure notable; she also works as a product development manager at Guaranteed Rate, where she implements, manages and enhances the product line for Guaranteed Rate, Guaranteed Rate Affinity and Proper Rate. She joined Guaranteed Rate in 2019 after many years as a lending manager for other firms and, though she’s no longer a mayor, Krysti has no plans to retire from her day job. Working for a mortgage lender and as a top public servant gives her unique insights into the housing market.

In many ways, Gurnee–population around 30,000–is a microcosm of the overall housing market. Set between Chicago and Milwaukee, it has benefited from urban flight during the pandemic like many smaller towns. In fact, homes are on the market for only 10 days on average compared to more than three months a year ago. A community centered around families and solid schools boosts its appeal–a template that works around the country.

What has serving as mayor for a town of 30,000 taught you about the importance of its housing market on the overall health of a town?

There is no community without housing. Housing gives people a sense of place and, through homeownership, they are invested in the community. Everyone deserves a safe and healthy place to live, and in my tenure that was always part of our mission.

Can you talk about the importance of cities the size of Gurnee and their housing markets and what these mean to the country in general?

Communities like Gurnee keep their small-town feel and sense of community through their schools, libraries and park districts. We are large enough to offer exceptional public services and amenities but not so large that you don’t feel connected to everyone else.

In what ways in general can a mayor impact homebuying in a town?

The mayor and his or her board control density, which has a big impact on housing supply. Mayors set the direction on building and code enforcement. The biggest impact a mayor has is the long-term maintenance of the capital infrastructure (roads, sidewalks, treescape). In other words, the mayor controls the curb appeal.

The mayor and his or her board have almost total control over economic development too. You can build a healthy tax base for all the taxing bodies (village, schools, park district, library), which funds better public services and amenities. Those actions create market appeal for your community, which fuels homebuying.

What has being a mayor taught you about the role of mortgage lenders?

In a similar vein, what has being a mayor taught you about the role of real-estate agents?

How can a mayor help promote the housing market for agents and loan originators?

No one can describe a community better than a mayor. The mayor knows the community intimately, knows its strengths and opportunities and, depending on what is most important to a particular buyer, pinpoints the best neighborhoods to fit their needs. The mayor should make himself or herself available to speak to agents and loan originators to share the benefits of the community and any known changes in the future. I would highly recommend that agents and originators get to know the mayor of the towns they are active in.

The lack of planning was the biggest surprise. When I took office, I began a new approach called “age in place.” You need housing that works for different generations and different income levels. I found that as residents were aging, they were forced to leave the community due to a lack of senior housing. We also have a predominantly service-oriented job market in the community but no housing to fit that income level. We’ve tried to fill those gaps and not just let builders/developers determine our housing stock.

Given your experience, where do you think the housing market is going, especially in towns the size of Gurnee?

Pre-COVID, we were worried about attracting younger families and had done a lot of work on what amenities were most important to make sure we would appeal. Post-COVID, we have had a big demand, like many communities, of young families moving from urban areas to the suburbs. Open space, recreational amenities and larger homes for working remotely position cities the size of Gurnee perfectly to have strong demand.