It’s always a bad time to carry credit card debt, but a recession is the worst time.

If there is a chance anyone in your household could be laid off, or face reduced hours in a recession, paying off your credit card debt will become even more of a hard slog.

Plenty of households have put themselves at risk, the Federal Reserve Bank of New York reports, with card balances at a collective $870 billion as of June 30. Now, one of the most cost-effective ways to tackle credit card debt could soon be harder to come by.

When the economy is humming along, credit card issuers hungry to attract more clients – and money – dangle balance transfer deals. If you agree to move your existing card balance to a new card, you will not owe any interest for a set period. Right now, there are deals that offer zero-percent interest for more than 12 months. One Citibank deal waives interest for 21 months. That’s a long time to skip interest and pay down your actual balance.

Don’t expect those deals once a recession nears. Card issuers know that during a recession,  people struggle to pay bills. During the last recession, balance transfer deals dried up.

That makes now a smart time to see if you can qualify for a balance transfer deal and use it to get your household finances in shape. Consumer finance websites such as Nerd Wallet and CreditCards.com keep updated tables of the best deals. There is fine print to be aware of:

The best deals go to the credit score champs. To qualify for a zero-rate deal you’ll likely need a credit score of at least 700.

Zero is not free. When you move debt to your new card, you typically pay an upfront fee of 3% of the transfer amount, sometimes 5%. The fee can be worth it, if you leave a card where you are paying a high rate and then get your balance paid off – or greatly reduced – during the zero-rate period.

The average rate charged on cards with balances has gone from about 13% in 2014 to more than 17%. 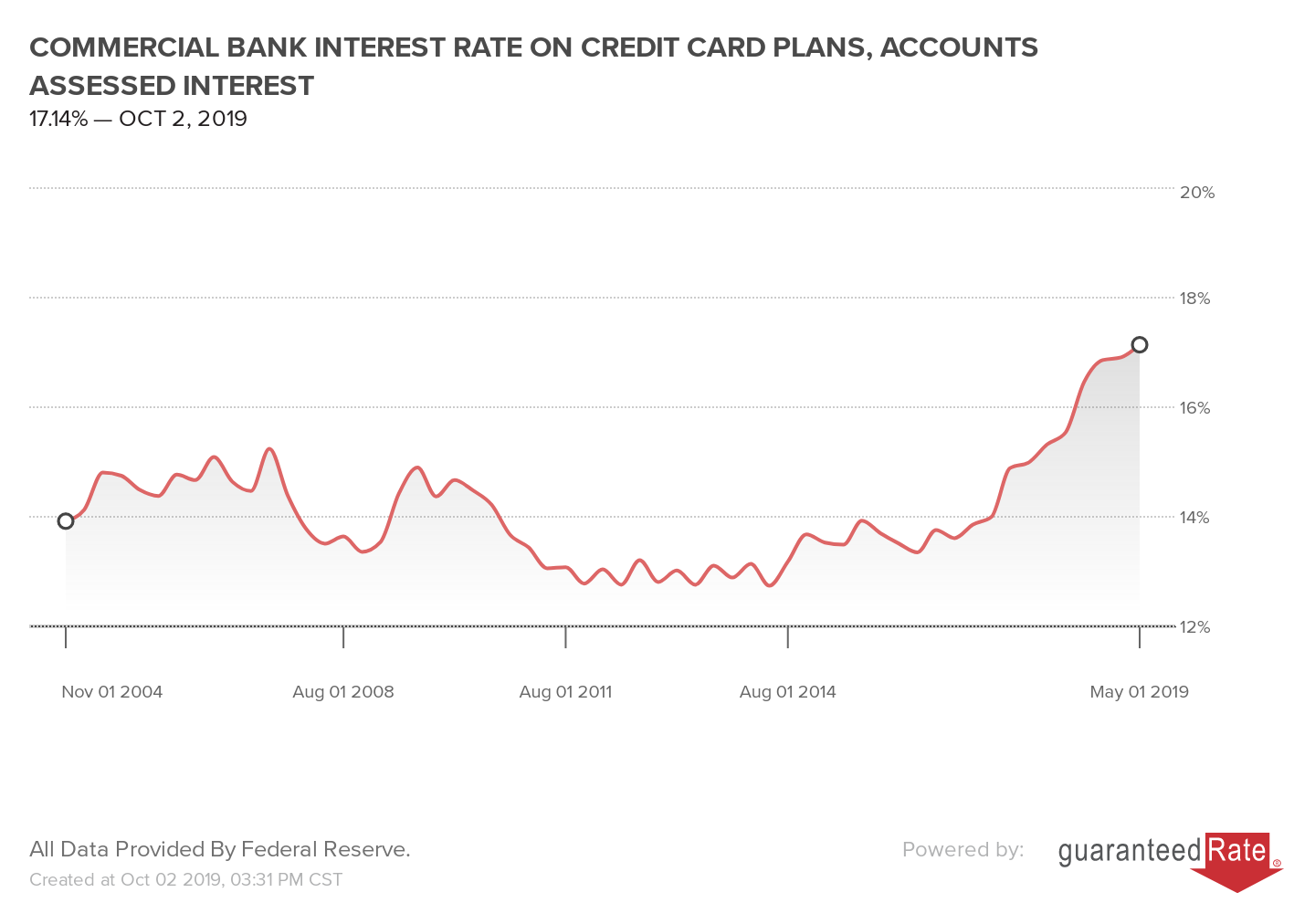 The zero rate isn’t for new charges. If you make new charges that you don’t pay off immediately, you’ll likely get charged interest. But now that you are in pay-down mode, you’re not going to run up new unpaid balances, right?

One misstep and you can lose the zero rate. Read the fine print. Many cards reserve the right to rescind the zero rate if you are late on a payment. Paying a transfer fee of 3% only to see your zero rate readjusted to 15%, 20% or more is one costly mistake. Tip: Sign up for automatic bill pay on your credit card so you never run afoul of the payment date.

Don’t cancel the card you leave behind. Canceling a credit card can cause the credit-scoring gods to ding you. One of the calculations used to compute credit scores is the credit-utilization ratio, which is the amount of your card balances as a percentage of the combined credit limits on all your cards. Canceling a card with a high limit can cause your utilization ratio to go up.

Keeping the card will only make sense if it doesn’t charge a hefty annual fee. If you do keep it, put a few small charges on it each month that you can easily pay off in full. Inactive accounts are sometimes closed when a recession hits.