Roth 401(k): For the Young, the Big Savers and the Big Spenders

It’s an underutilized retirement savings vehicle, so here are three scenarios to consider

There’s a good chance your workplace 401(k) gives you the choice of a traditional 401(k) or a Roth 401(k). And there’s an equally good chance you’re passing up a valuable way to create tax-free income for retirement because you didn’t choose the Roth.

According to Vanguard, nearly 70% of the plans it administers offered a Roth option in 2017, up from barely half in 2013. Yet, Vanguard says just 12% of people who could be saving in a Roth are using one.

That could be a costly missed opportunity. Whether you are a 20-something just starting to save for retirement, or a boomer who has diligently saved for decades, using the Roth 401(k) has the potential to be a big win in retirement.

Traditional vs. Roth: A taxing question

The only difference between the two accounts is when you pay tax. With a traditional 401(k), the money you contribute each year is pre-tax. For instance, if you make $100,000 and contribute $12,000 to a traditional 401(k), your taxable salary will be reported as $88,000. With a Roth 401(k), there’s no upfront tax break; you’re saving money that has already been taxed.

Scenario #1: You’re young. Yet to hit your peak earning years? When your income is lower, the value of the upfront tax break from a traditional 401(k) isn’t worth as much as when you hit your earnings stride and are in a higher tax bracket. Single tax filers with income below $84,200 and couples filing joint tax returns with taxable income below $168,400 have a federal rate that is no more than 22%. 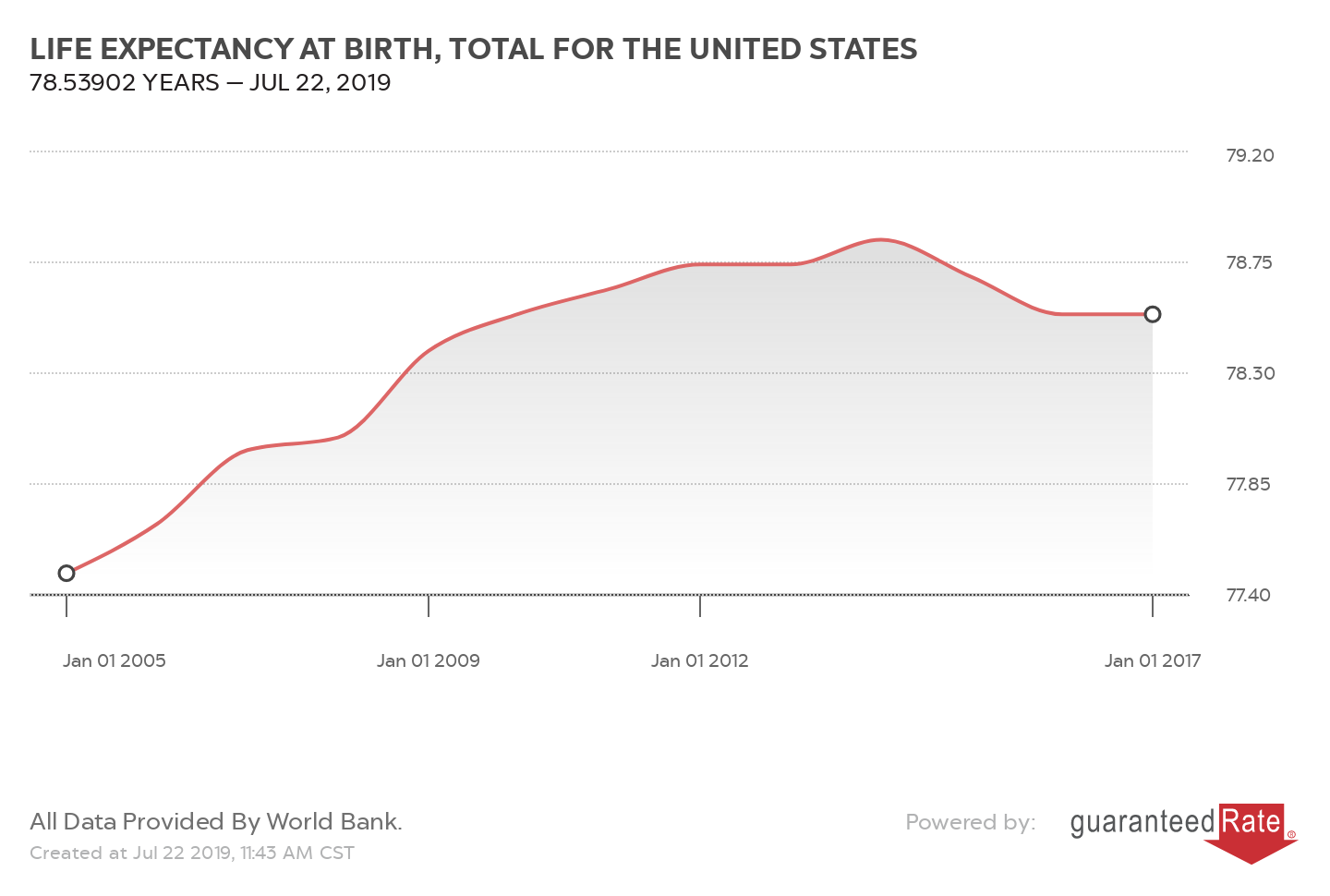 Life Expectancy at Birth, Total for the United States provided by Rate.com

Focus on the delayed gratification payoff of saving in a Roth today: tax-free income in retirement.

Sold? Great. But chances are your employer has messed this up. Most employers automatically enroll new employees in the retirement plan. Nice. What’s not so nice is that they typically auto-enroll workers in the traditional 401(k). Sigh. Easy to fix: Ping HR and ask how to switch to the Roth.

Your employer will continue to park its matching contribution in your traditional 401(k). A quirk of how plans are run. That’s OK. A match is free money; you’re still coming out way ahead.

Scenario #2: You saved a lot for retirement. All in a traditional 401(k). You were told repeatedly that this is going to work out great, because you’ll be in a lower tax bracket in retirement, when you will be paying tax on 401(k) withdrawals.

Maybe not. The more you have saved, the less the chance you may see a big drop in your tax rate. With a traditional 401(k), you’re forced to make withdrawals once you hit age 70 and a half.  If you have $1 million, your annual required minimum distribution (RMD) will start at around $36,500. (Run the numbers using the IRS’s RMD worksheet.) Pension income is also taxable. As is Social Security, in many cases. The upshot: Your retirement tax rate might not take a deep dive.

Moreover, federal tax rates today are near historic lows. Yet the federal deficit sure isn’t. That suggests rates may be higher when you retire. Or sooner. Today’s lower rates are set to expire after 2025.

Scenario #3: You want flexibility to spend in retirement without a tax bill. If all your savings are in a traditional 401(k), switching to a Roth 401(k) for a few years or more sets you up to have a pot of retirement money you can use tax-free.

Let’s say you want to pay off the remaining $100,000 on a mortgage before you retire. If you pull the money from a traditional 401(k) it will be taxed first, so you’ll likely need to withdraw at least $125,000 to net $100,00. And that will more than likely tip you into a higher tax bracket for the year. If you have the money sitting in a Roth 401(k), you can take out as much as you want without any tax bill.

It’s not hard to envision all sorts of scenarios where access to tax-free money will come in handy. Maybe there’s a year where you have big out-of-pocket medical expenses, or need to replace the roof, or hire some help to make your home safe and comfortable for a later-life you. Or take the kids and grandkids on a blow-out trip.

There is a Roth 401(k) quirk retirees need to navigate. If you leave the money in the plan, you will be hit with RMDs – just like a traditional 401(k) – once you turn 70½. You won’t be taxed on the RMDs (remember, you already paid tax when you contributed after-tax dollars), but you have to decide what to do with the money, and it’s no longer in a tax-advantaged account.

A workaround is to move Roth 401(k) funds to a Roth IRA before you hit your 70s. You can do a so-called 401(k) rollover any time you leave a job or retire. Every discount brokerage will help you with this, and there is no tax bill when you move a Roth 401(k) to a Roth IRA.

Once the money is in a Roth IRA, you never have to take an RMD. You can spend as much as you want. Or if you’re eager to leave bequests, you can just let the money keep compounding without having to take out a penny.