Positive predictions for the year ahead 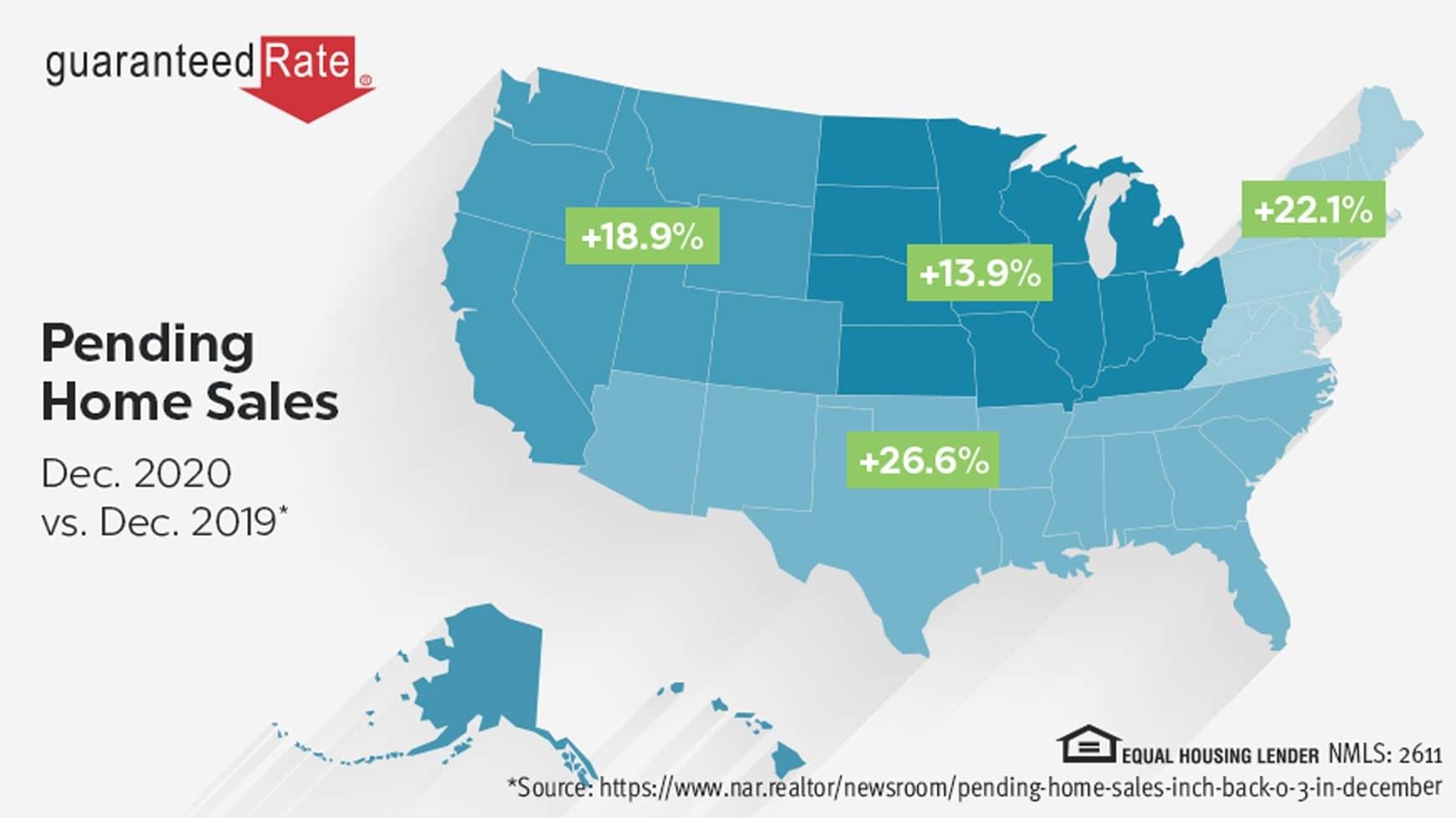 “There will also be slower home price appreciation, likely 6.6%, as increased confidence from homebuilders will ultimately lead to an increase in housing starts,” said Yun.

December’s contract signings dipped slightly from November, but still registered as the highest ever recorded for the month. Decreasing by 0.3% from the month prior, the Pending Home Sales Index (PHSI) hit 125.5, which is 21.4% higher than last year. For context, an index of 100 is equal to 2001’s contract activity.

“Pending home sales contracts have dipped during recent months, but I would attribute that to having too few homes for sale,” said Lawrence Yun, the. “There is a high demand for housing and a great number of would-be buyers, and therefore sales should rise with more new listings.”

Yun explains that high demand paired with a lack of inventory will continue to drive up home prices. “This elevated demand without a significant boost in supply has caused home prices to increase and we can expect further upward pressure on prices for the foreseeable future,” said Yun.

All four major regions experienced double-digit growth in year-over-year contract signings, though December marked the fourth month of month-over-month declines—in large part due to the Midwest’s dip in signings.