Q4 Report: Home prices increase across the board 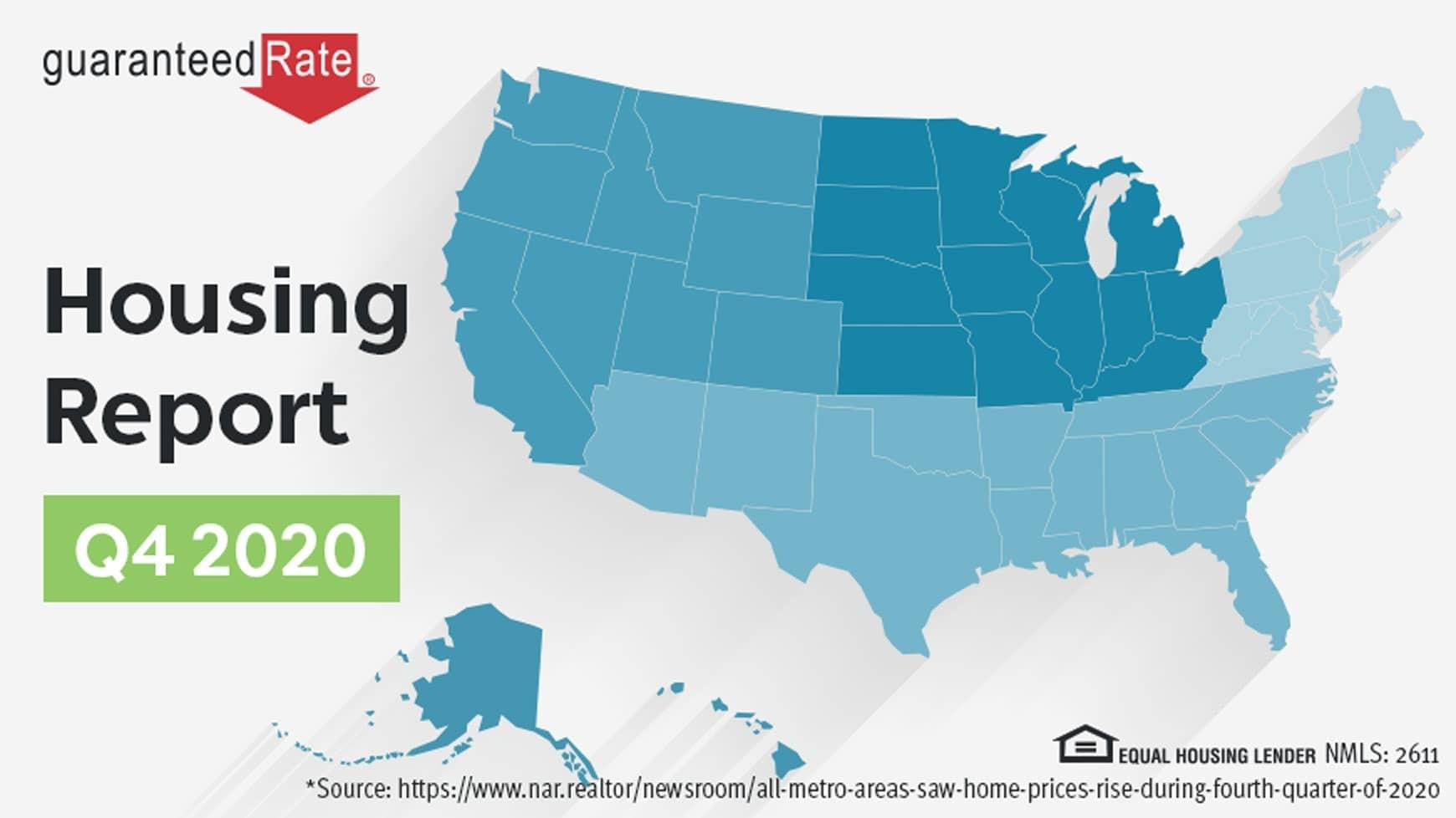 Home prices have grown in every metro area tracked in 2020’s fourth quarter. In fact, 88% of the areas tracked (161 out of 181 metros) have seen double-digit price increases. This is a jump not only from last year, but from last quarter as well. In 2020’s Q3, only 115 metro areas recorded growth in the double digits.

Where are we seeing the highest price growth?

Experts note that many of the cities that have recorded the highest price gains are either national destination sites or small towns within driving distance from major cities—illustrating the demand for both vacation homes and affordable homes throughout the pandemic.

The areas with the highest price gains across the country were as follows:

“Although tourism took a major hit overall throughout 2020, our data shows that vacation housing still did well in terms of sales,” Yun said. “Many people purchased in these areas because they found themselves with new work-from-home freedoms.”

The 10 most expensive metros in Q4 included:

With all four major regions experiencing double-digit price growth, the national median for existing single-family home prices increased by 14.9% from last year to $315,900.

The trouble with rising home prices

Yun warns that while home sellers have benefited from Q4 price increases, these increasing prices have the potential to prohibit many Americans from entering the market. “The average, working family is struggling to contend with home prices that are rising much faster than income,” he said. “This sidelines a consumer from becoming an actual buyer, causing them to miss out on accumulating wealth from homeownership.”