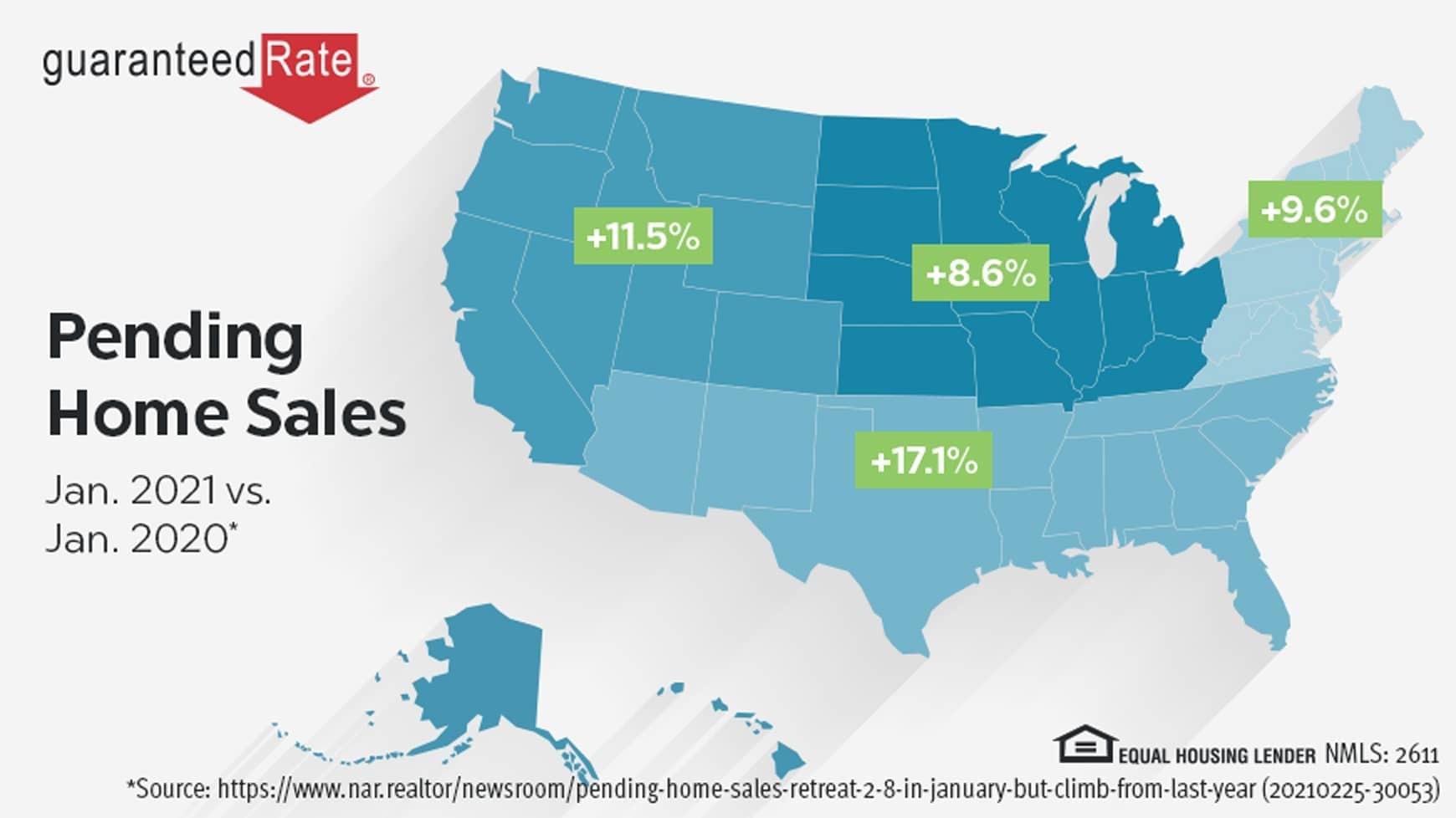 Despite January’s 2.8% dip on the Pending Home Sales Index (PHSI), numbers were still 13.0% higher than last year. The index hit 122.8—a record-high for the month of January.

Pointing to a lack of inventory, the National Association of Realtors® (NAR’s) chief economist, Lawrence Yun, explains, “Pending home sales fell in January because there are simply not enough homes to match the demand on the market. That said, there has been an increase in permits and requests to build new homes.”

Hopeful for an inventory boost

Yun predicts inventory could begin to improve as early as mid-2021, citing eight consecutive months of increases in housing permits for single-family homes.

“There will also be a natural seasonal upswing in inventory in spring and summer after few new listings during the winter months,” he says. “These trends, along with an anticipated ramp-up in home construction will provide for much-needed supply.”

According to Realtor.com®’s Housing Market Recovery Index, the following areas have seen the highest recovery:

Predictions for the months ahead

Yun explains that while pending contracts are a great early indicator for upcoming closed sales, the timing of the two don’t always line up accordingly.

“The two measurements aren’t always perfectly correlated due to varying amounts of time required to close a contract,” says Yun. “This is because a number of fallouts can occur due to a variety of factors, including a buyer not obtaining mortgage financing, a problem with a home inspection or an appraisal issue.”

With the economy showing early signs of improvement, and COVID vaccines beginning to be distributed across the country, experts remain hopeful for continued growth in the housing market. But Yun notes that longer-term interest rates are likely to rise soon, due to a combination of a growing economy, increasing inflationary expectations and larger budget deficits.

“I don’t foresee mortgage rates jumping to an alarming level, but we should prepare for a rise of at least a decimal point or two,” he says.

A look at the PHSI across the regions

While only the South saw growth in month-over-month numbers, all four major regions saw year-over-year growth—hitting an all-time-high for the PHSI in the month of January.