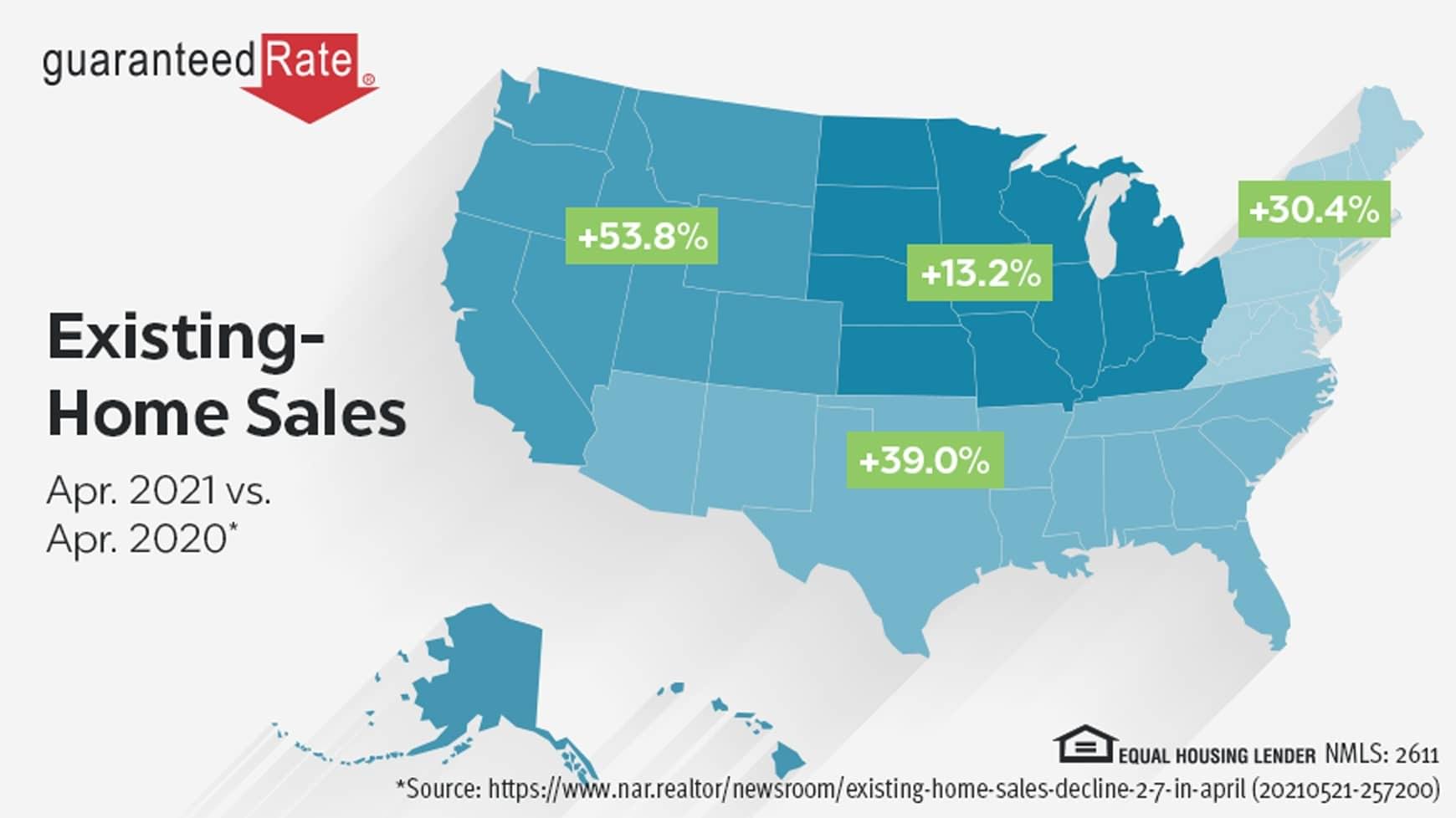 For the third straight month, existing-home sales went down in April, this time 2.7% to 5.85 million. Across the country, three of the four regions saw declines from March existing-home sales. However, year-over-years gains were up double-digits as April of 2020 was one of the hardest hit months due to the slowdown caused by the pandemic last year.

One of the driving factors was a familiar foe: low inventory. "Home sales were down again in April from the prior month, as housing supply continues to fall short of demand," said Lawrence Yun, chief economist at the National Association of Realtors (NAR).

"We'll see more inventory come to the market later this year as further COVID-19 vaccinations are administered and potential home sellers become more comfortable listing and showing their homes. The falling number of homeowners in mortgage forbearance will also bring about more inventory."

Despite three months of decline in contract activity, housing demand still remains high, as evidenced by a 20% increase in year-to-date home sales compared to a similar time in 2020. But this demand is helping to drive up home prices. The median existing-home price in April was $341,600, up 19.1% from April 2020 ($286,800). This is a record high and continues a streak of 110 straight months showing year-over-year gains.

Perhaps providing some hope that the runaway home prices could start getting under control, inventory was up at the end of April. Total housing inventory sat at 1.16 million units, up 10.5% from March. However, that is down 20.5% from April 2020.

Unsold inventory is at 2.4 months, which is up from 2.1 months in March. While this is somewhat encouraging news, in April 2020, unsold inventory was a 4 months—showing just how low inventory has gotten. These numbers are near-record lows since NAR began tracking this data in 1982.

First-time buyers were responsible for 31% of sales in April, down from 32% in March. "First-time buyers in particular are having trouble securing that first home for a multitude of reasons, including not enough affordable properties, competition with cash buyers and properties leaving the market at such a rapid pace," Yun said.

Huge leaps from a year ago

The real estate market was practically frozen last April, as the country and the market were struggling to figure out how to move forward in the new-normal of a pandemic. So, while only one region saw month-over-month gains in existing home sales, all four saw double digit year-over-year growth.