Pending home sales down from March, but up for the year 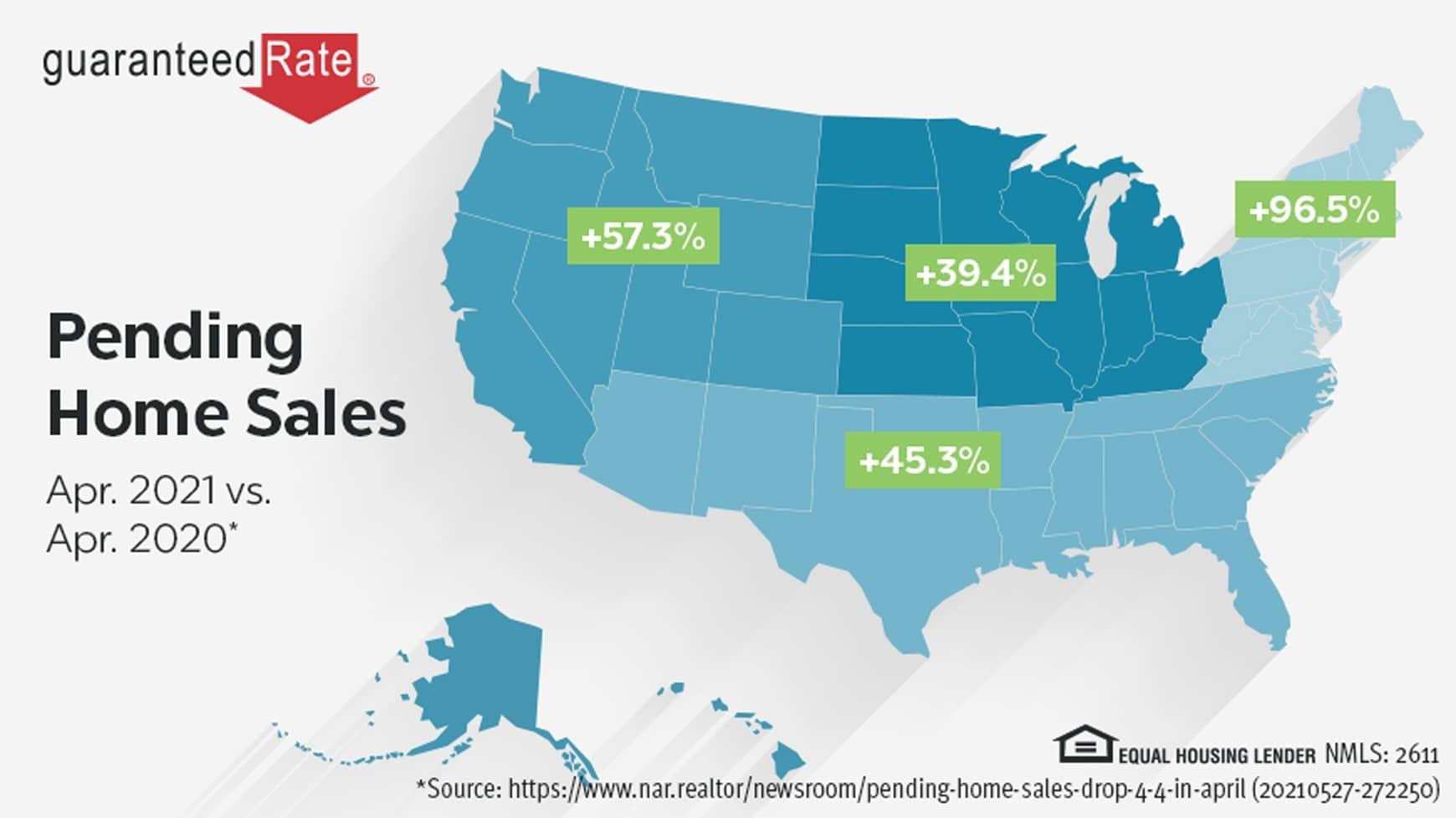 Showing a housing market that is catapulting back from where it was at the start of the pandemic, pending home sales were up double digits in all regions across the country in April. However, this positive news was tempered with a slight dip in month-over-month contract transactions.

It’s a familiar culprit that’s causing month-over-month numbers to dip: low inventory. "Contract signings are approaching pre-pandemic levels after the big surge due to the lack of sufficient supply of affordable homes," said Lawrence Yun, chief economist at the National Association of Realtors (NAR). "The upper-end market is still moving sharply as inventory is more plentiful there."

While month-over-month contract activity fell in three of the four major U.S. regions last month, it was up slightly, to 3.5%, in the Midwest.

"The Midwest region, which has the most affordable homes, was the only region to notch a gain in the latest month," Yun added. "Some buyers from the expensive cities in the West and Northeast, who have the flexibility to move and work from anywhere, could be opting for a larger-sized home at a lower price in the Midwest."

Yun goes on to note that there could be some relief to the housing shortage in the coming months, perhaps as soon as the fall. He points to the trend of people becoming more and more comfortable with listing their homes as the vaccine rollout reaches up to half of U.S. adults, as well as more sellers on the market after the conclusion of the eviction moratorium or as they exit forbearance.

A slowdown across 3 of 4 regions in April

While most of the country saw a slight downturn in pending home sales from March, they are all experiencing amazing double-digit growth from last year.