The weather is heating up and so are pending sales 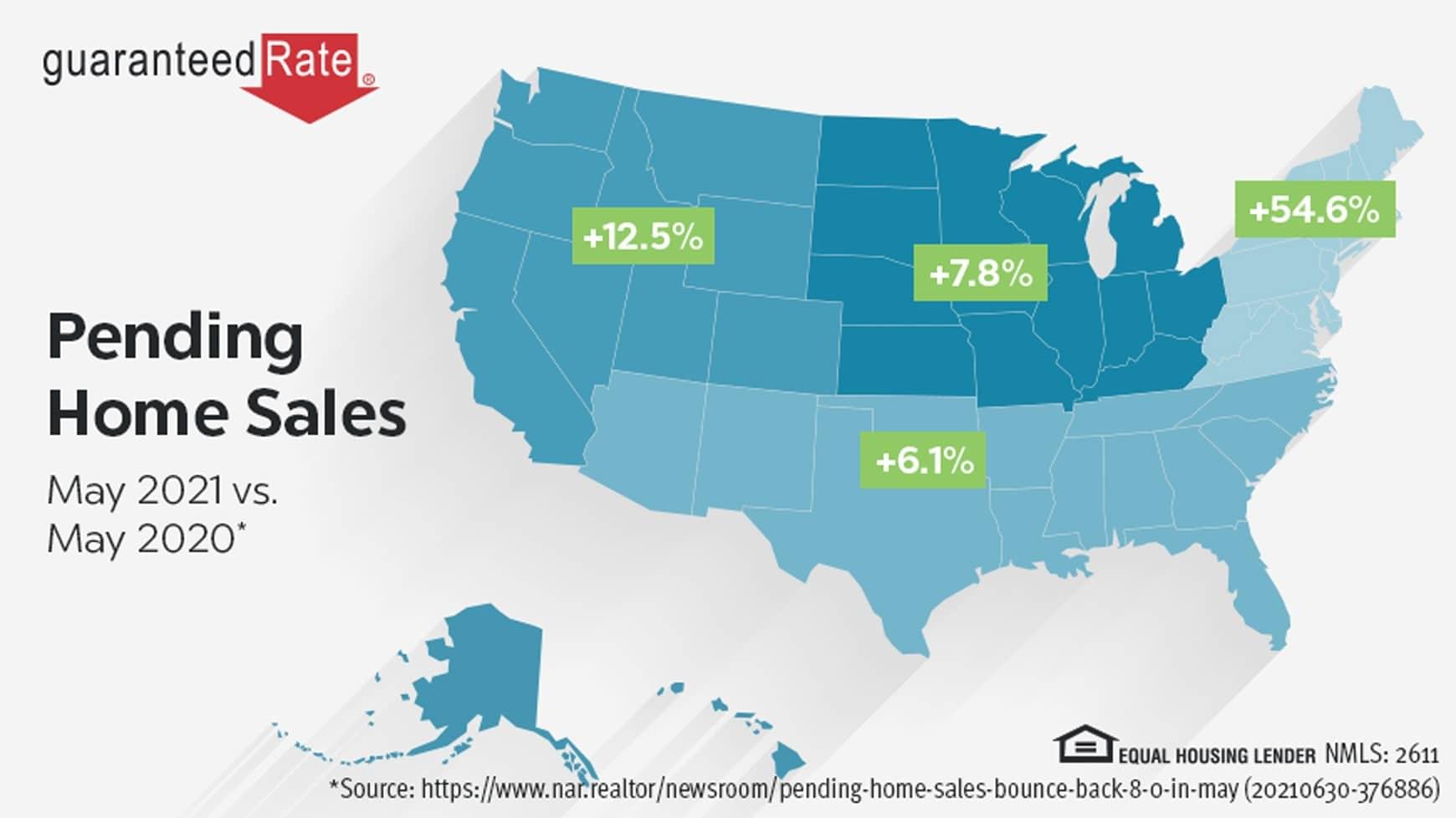 Reversing the previous month’s decline, May pending sales rebounded in dramatic fashion, showing their highest levels for the month of May since 2005. Contract transactions skyrocketed in all four regions compared to April while strong, year-over-year gains continued to be notched.

According to the Pending Home Sales Index (PHSI) provided by the National Association of Realtors (NAR), contract signings increased 8% in May to 114.7.   As a point of reference, the figure for April was 106.2. An index of 100 is equal to the level of contract activity in 2001.

In addition to the positive monthly data, year-over-year signings soared to a very healthy 13.1%.

Pending sales: Reasons behind the uptick

Yun was quick to point to a drop in interest rates as a key catalyst, among other factors. "The housing market is attracting buyers due to the decline in mortgage rates, which fell below 3%, and from an uptick in listings. More market listings will appear in the second half of 2021, in part from the winding down of the federal mortgage forbearance program and from more home building.”

Guarded optimism for the months ahead

According to Yun, the increased supply of housing will help moderate prices—but prospective homebuyers shouldn’t necessarily expect a broad, prolonged decline. However, for persistent homebuyers intent on 2021 purchases, these expected price reductions could provide a “second-chance opportunity” to get back into the mix after being previously outbid in a very competitive market.

Pending sales surge in all 4 regions in May

Call it late-breaking spring (signing) fever, but pending home sales shook off a sluggish April to increase across the board in May. Year-over-year gains continued to show robust strength, although somewhat tempered from the previous month. Let’s take a closer look.