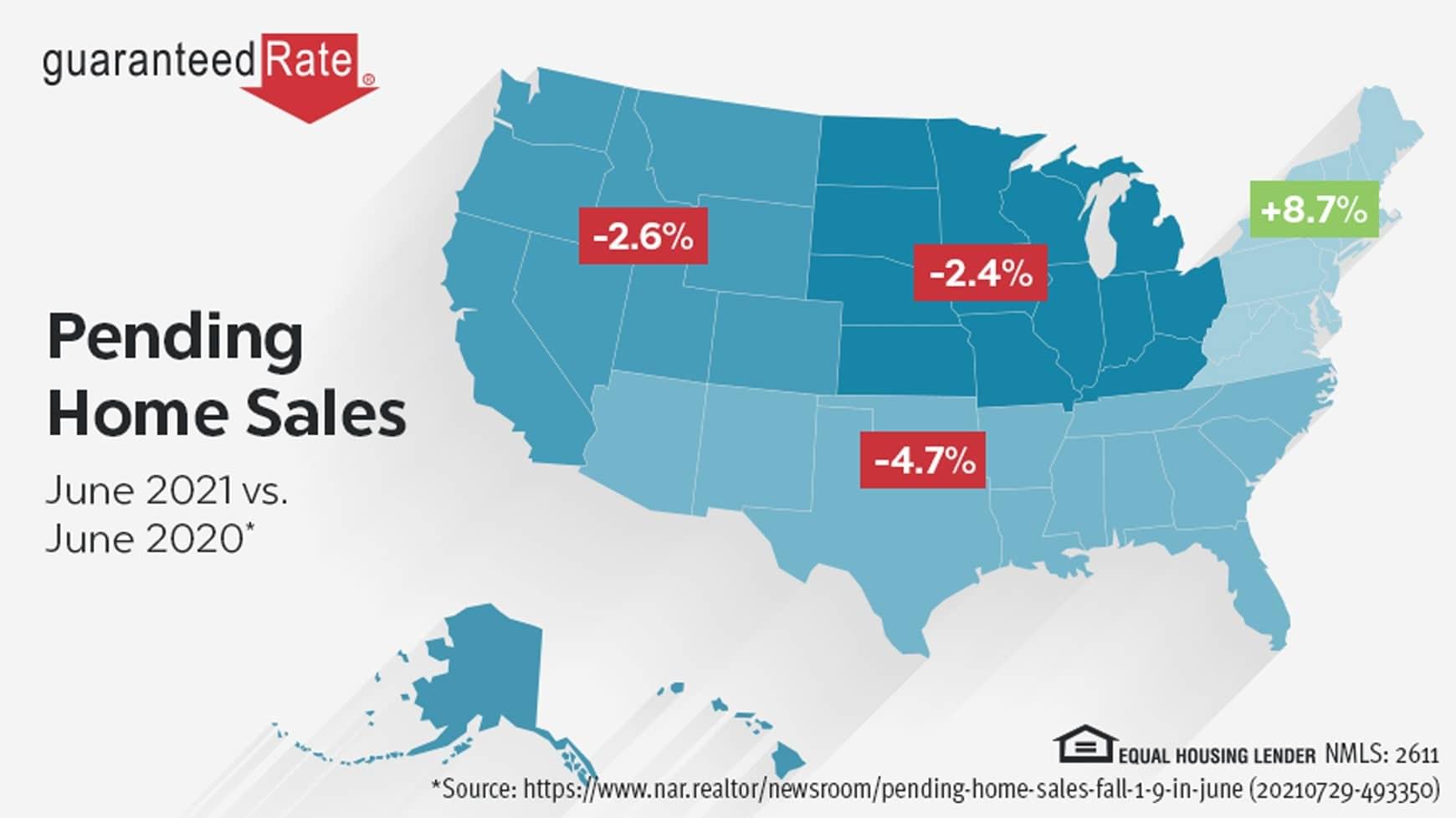 In a year that continues to fluctuate, pending home sales fell in June on both a month-over-month and year-over year basis. The news wasn’t all bad as the Northeast and Midwest increased their contract signings over May, but with home prices remaining high, the overall market was sluggish.

According to the Pending Home Sales Index provided by the National Association of Realtors* (NAR), collective contracts signings fell 1.9% in June from May. Echoing that trendline, contract activity also fell 1.9% when compared to June 2020.

Demand is high but so are prices

While the decline in sales was not dramatic, it underscored a restless market in which strong trends have yet to develop and sustain.

Lawrence Yun, NAR’s chief economist, stated that, “Pending sales have seesawed since January, indicating a turning point for the market. Buyers are still interested and want to own a home, but record-high home prices are causing some to retreat.”

Yun noted that it was a “moderate slowdown in sales” and that the blame could reasonably be attributed to the massive spike in home prices. Still, there were some bright spots.

“The Midwest region offers the most affordable costs for a home, and hence that region has seen better sales activity compared to other areas in recent months," said Yun.

Rates, demand and price appreciation in the months ahead

Yun foresees modest market changes in the months ahead. Given emerging market conditions, he envisions rates beginning to rise toward the end of 2021 that will in turn “soften demand and cool price appreciation.” According to Yun, the typical homeowner has seen a wealth gain of $45,000 over the last year, but those gains will moderate to the $10,000 to $20,000 level over the next year.

Speaking of next year, with demand easing and housing starts expected to approach the 1.65 million mark in 2022, existing home sales prices are expected to increase at the slower pace of 4.4% in contrast to 2021’s supercharged level of 14.1%.

Overall, pending home sales returned to the slightly sluggish performance seen earlier this year after a robust May. However, there remained reasons to be positive. Both the Northeast and Midwest regions notched (small) gains, and the Northeast even showed strength when compared with June 2020.

*The National Association of Realtors® is America's largest trade association, representing more than 1.4 million members involved in all aspects of the residential and commercial real estate industries.