September existing-home sales down slightly at 1.5% from August 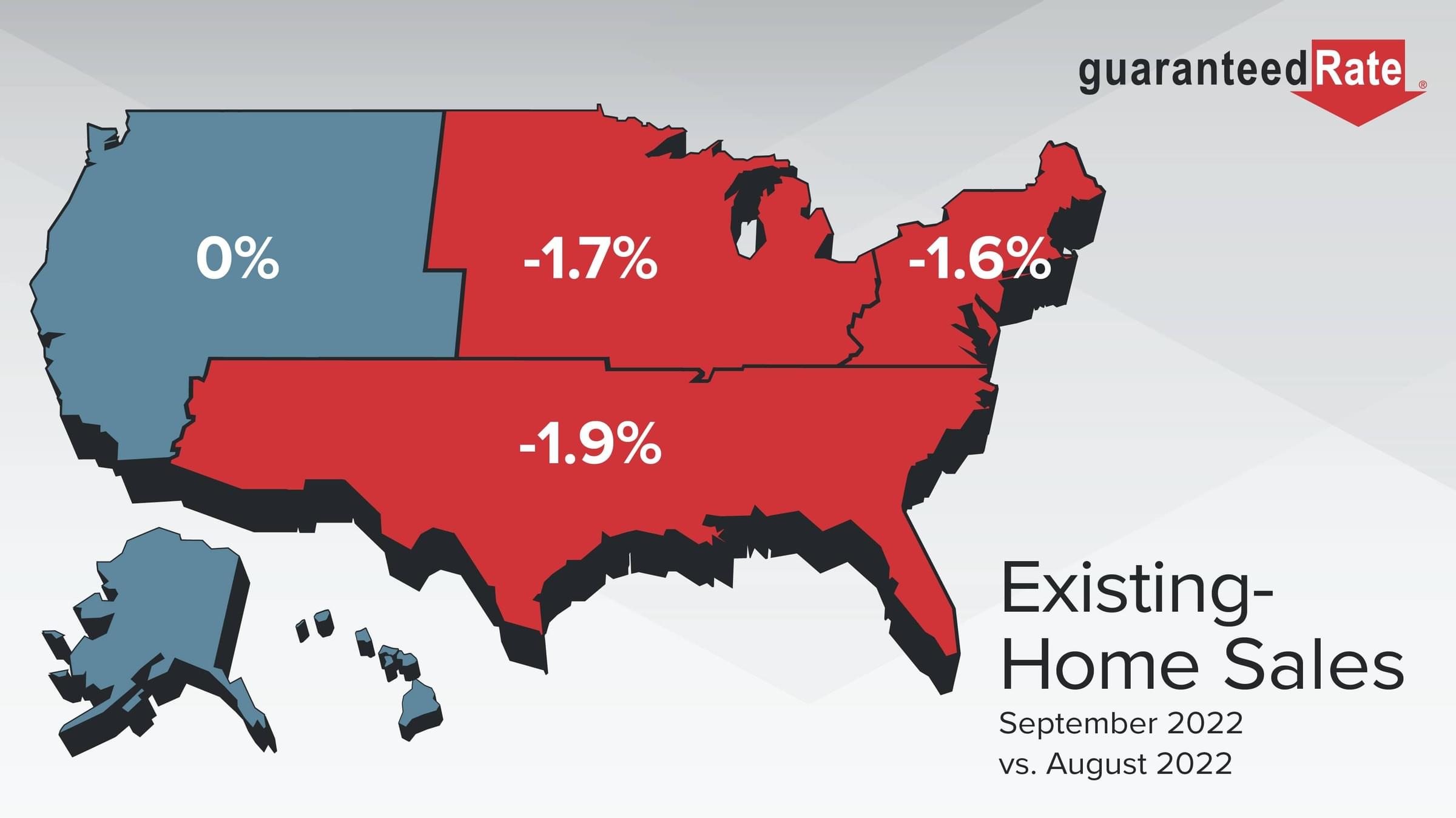 It was the eighth month in a row of existing-home sales declines in September, with a nationwide drop of 1.5% from August. The dip was pretty steady across all four major regions of the country, as three out of four regions saw a dip between 1% and 2%. The West held steady with no change, according to numbers released by the Nation Association of Realtors®.

"The housing sector continues to undergo an adjustment due to the continuous rise in interest rates, which eclipsed 6% for 30-year fixed mortgages in September and are now approaching 7%," said Lawrence Yun, NAR’s Chief Economist. "Expensive regions of the country are especially feeling the pinch and seeing larger declines in sales."

Year-over-year numbers show just how much has changed since September 2021, when mortgage rates were hovering around 3%.  In 2022, when rates were double that, sales were down 23.8% from the year before.

Sales trends not levelling off yet

In a worrying trend, the lack of inventory seems to be getting worse over the last two months. While probably too soon to call it a trend, especially considering we’re entering a traditional slow period for home sales, inventory went down for the second month in a row after six months of gains.

This lack of homes for sale is continuing to push up home prices and make it difficult for buyers to get their offer accepted. "Despite weaker sales, multiple offers are still occurring with more than a quarter of homes selling above list price due to limited inventory," Yun says. "The current lack of supply underscores the vast contrast with the previous major market downturn from 2008 to 2010, when inventory levels were four times higher than they are today."

In what is becoming a broken record report, home prices were up year-over-year for the 127th consecutive month. September 2022 saw the median existing-home price land at $384,800, up 8.4% from September 2021.

The good news, however, is that this month’s price was down from $389,500, the median existing-home price in August. That’s the third month-over-month drop in a row, after home prices reached a record high of $413,800 in June.