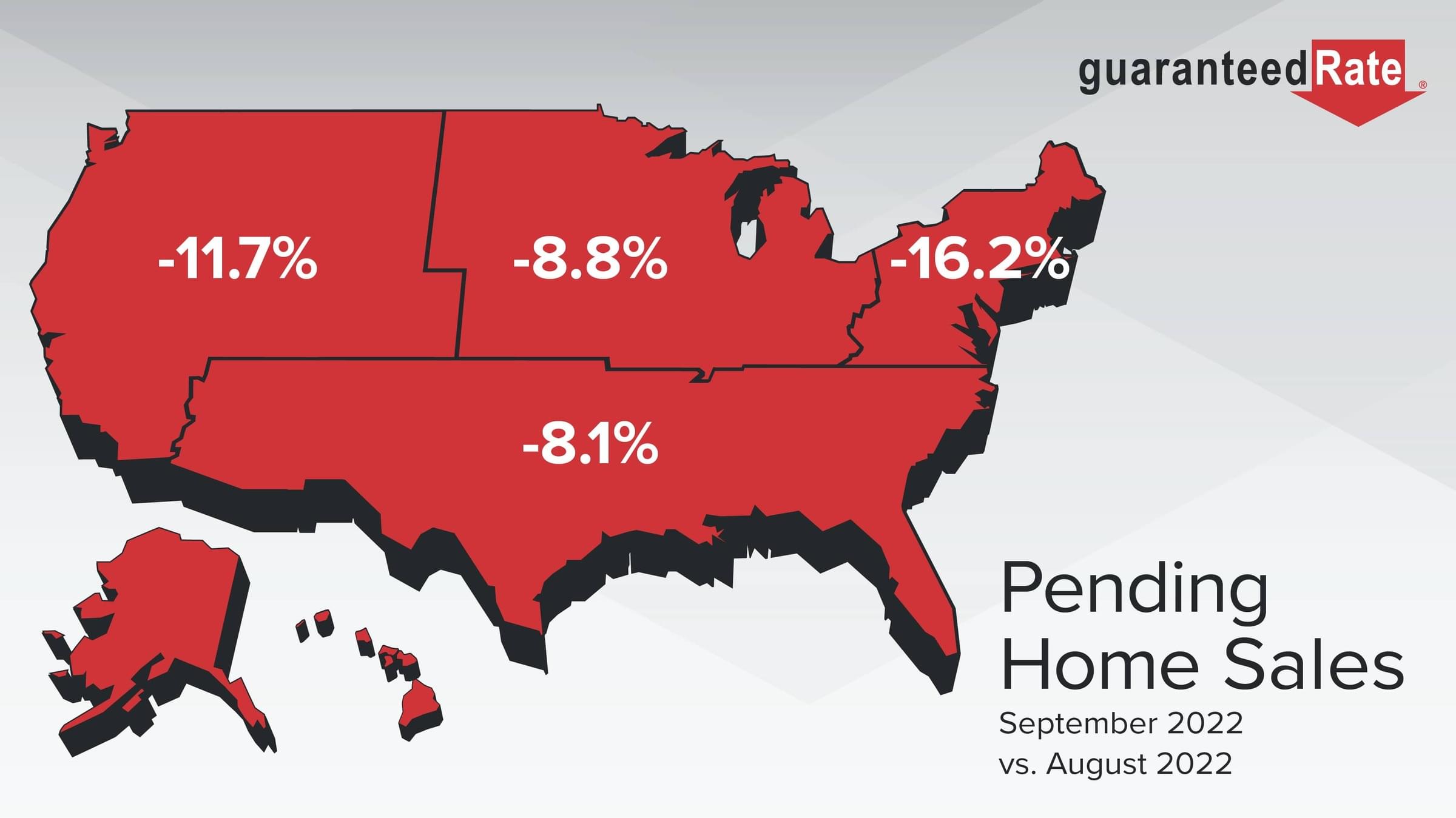 Pending home sales were down 10.2% nationwide in September as the housing market deals with headwinds from many parts of the economy. This marks the 4th straight month that pending home sales have decreased according to the National Association of Realtors® (NAR).

Contract activity was down 31.0% year-over-year to 79.5 on the Pending Home Sales Index, a forward-looking indicator based on contract signings, with 100 being equal to the level of activity in 2001. Contract signings were down in all four regions, with two regions posting double digit losses for the month.

"Persistent inflation has proven quite harmful to the housing market," said Lawrence Yun, chief economist at NAR. "The Federal Reserve has had to drastically raise interest rates to quell inflation, which has resulted in far fewer buyers and even fewer sellers."

Rate increases keeping buyers and sellers out of the mix

Current mortgage rates, which had been just below 7% on average for much of September, are doing more than keeping buyers on the sidelines. Sellers, many of whom may have refinanced in the last few years when rates were low, are hesitant to list their homes for sale, knowing that they’ll have to buy a new home in this rate environment.

"The new normal for mortgage rates could be around 7% for a while," Yun added. "On a $300,000 loan, that translates to a typical monthly mortgage payment of nearly $2,000, compared to $1,265 just one year ago – a difference of more than $700 per month. Only when inflation is tamed will mortgage rates retreat and boost home purchasing power for buyers."