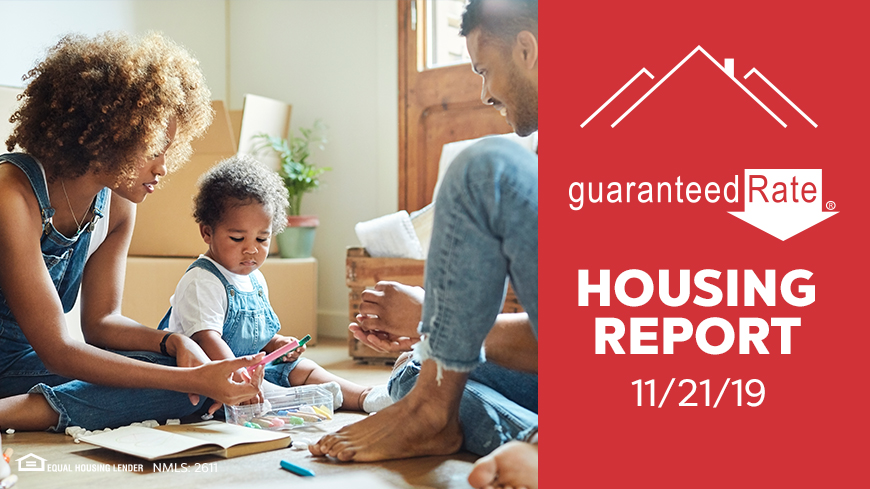 After September’s decline, October’s 1.9 percent increase in existing-home sales brought a welcome recovery. Up 4.6 percent from last year, October’s total-existing home sales were at a seasonally-adjusted annual rate of 5.46 million.

Lawrence Yun, NAR’s chief economist has an optimistic outlook on the months to come. “Historically-low interest rates, continuing job expansion, higher weekly earnings and low mortgage rates are undoubtedly contributing to these higher numbers,” said Yun. “We will likely continue to see sales climb as long as potential buyers are presented with an adequate supply of inventory.”

Yun continues to call for construction in an effort to maintain affordable housing options. “The issuance of more housing permits is a very positive sign and a good step toward more inventory” he says. “In order to better counter and even slow the increase in housing prices, home builders will have to bring additional homes on the market.”

NAR President Vince Malta comments on the uptick in home sales. “It’s great to see home sales rise along with an increase in housing permits. Both home buyers and the home sellers are being rewarded by these developments, and we see that condition remain extremely favorable for real estate investment in America.”

The following were the only large metro areas reporting over a 1 percent growth on Realtor.com®’s active listings:

Mortgage rates were up slightly in October but had been at record-breaking lows from July – September. Freddie Mac reports 30-year, conventional, fixed-rate mortgages at 3.69 percent in October—up from September’s 3.61 percent. For reference, the average commitment rate across 2018 was 4.54 percent.

Sales are up or unchanged from last year in all four regions, but down in comparison to last month in the Northeast and West.