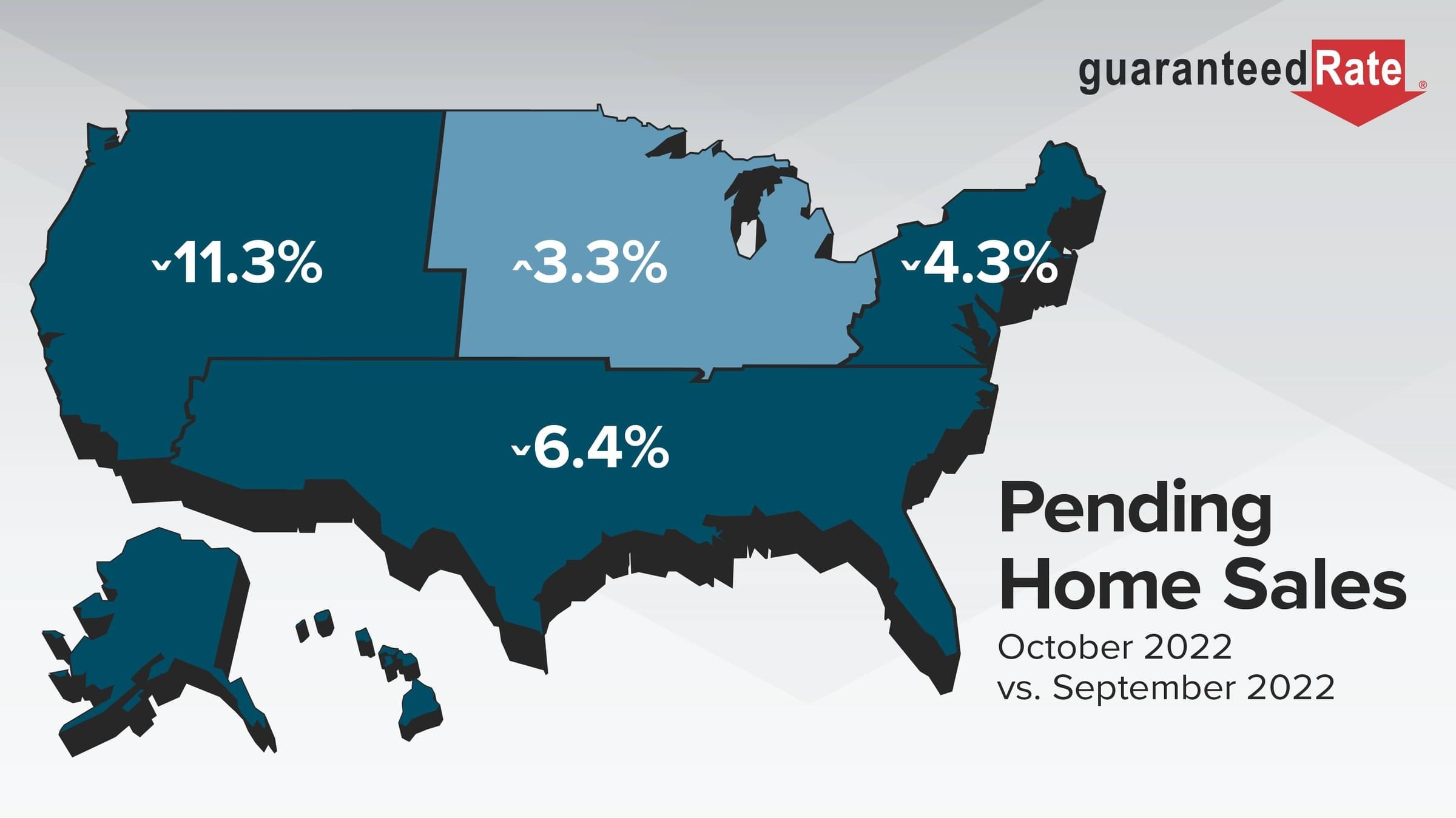 Pending home sales were down 4.6% nationwide in October as homebuyers dealt with a two decade high in mortgage rates. According to the National Association of Realtors® (NAR), October is the 5th straight month that pending home sales have decreased.

Contract activity was down 37.0% year-over-year to 77.1 on the Pending Home Sales Index, a forward-looking indicator based on contract signings maintained by the NAR. An index of 100 is equal to the level of activity in 2001. Contract signings were down in three of the four regions.

“October was a difficult month for home buyers as they faced 20-year-high mortgage rates," said Lawrence Yun, chief economist at NAR. " The West region, in particular, suffered from the combination of high interest rates and expensive home prices. Only the Midwest squeaked out a gain.”

Reasons to be optimistic

In addition, mortgage rates in November have fallen from their highs in October, so the next PHSI report may paint a rosier picture.

“The upcoming months should see a return of buyers, as mortgage rates appear to have already peaked and have been coming down since mid-November.” Yun added hopefully.