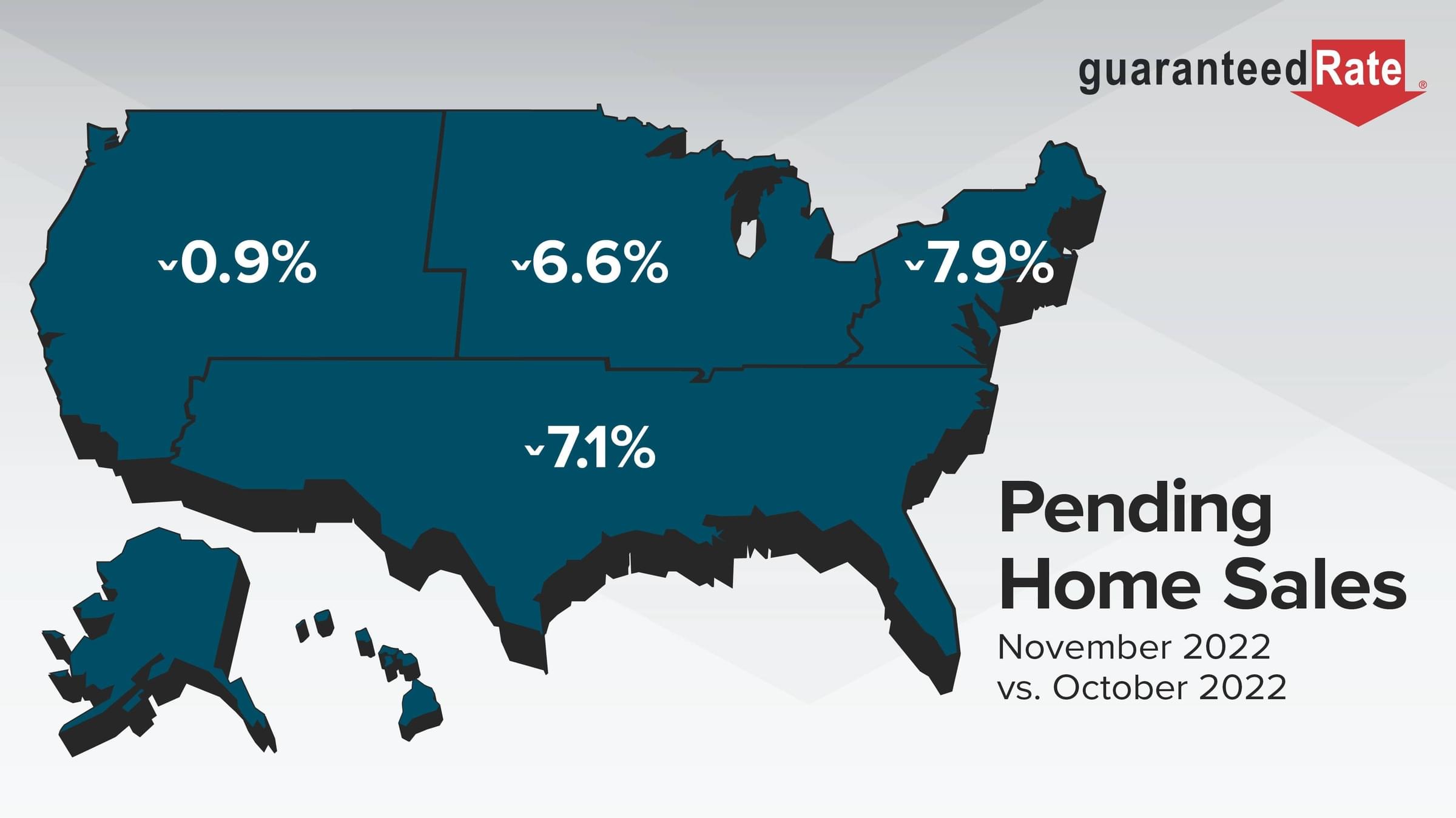 November brought the sixth consecutive month of declines in pending home sales, according to the National Association of Realtors® (NAR). “Pending home sales recorded the second-lowest monthly reading in 20 years as interest rates, which climbed at one of the fastest paces on record this year, drastically cut into the number of contract signings to buy a home,” said Lawrence Yun, chief economist at NAR. “Falling home sales and construction have hurt broader economic activity.”

NAR’s Pending Home Sales Index (PHSI), which tracks contract signings and serves as an indicator for upcoming sales closings, dropped 4.0% to 73.9 in November—a 37.8% fall from last year’s numbers. For reference, an index of 100 is equal to the level of contract activity in 2001.

The PHSI was down across the board, with all four U.S. regions seeing declines in both month-to-month and year-to-year activity.

Positive predictions for the months to come

Despite consecutive declines, Yun remains hopeful that homebuying activity will begin to pick up. “The residential investment component of GDP has fallen for six straight quarters,” said Yun. “There are approximately two months of lag time between mortgage rates and home sales. With mortgage rates falling throughout December, homebuying activity should inevitably rebound in the coming months and help economic growth.”