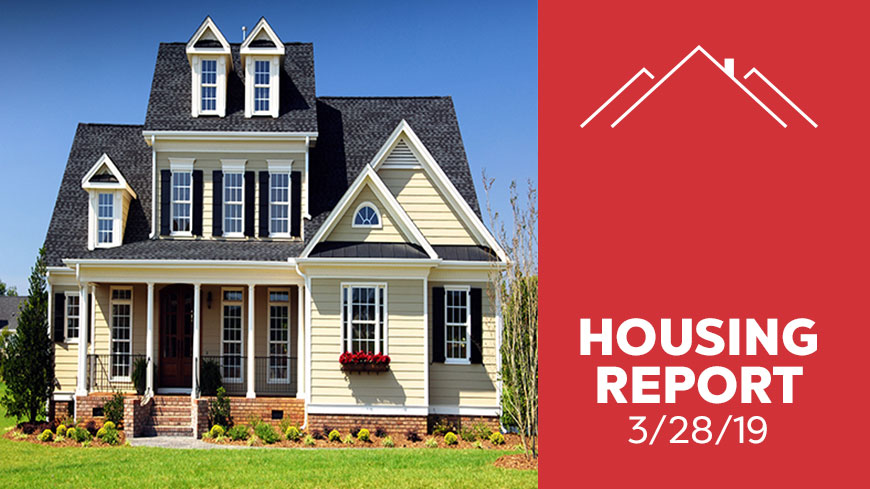 Pending home sales fell once again in February, according to the National Association of Realtors. The Pending Home Sales Index, a forward-looking indicator based on contract signings, fell 1 percent last month to 101.9.

“In January, pending contracts were up close to 1 percent, so this month’s 1 percent drop is not a significant concern,” Yun said. “As a whole, these numbers indicate that a cyclical low in sales is in the past, but activity is not matching the frenzied pace of last spring.”

Looking ahead, Yun does not anticipate any changes in interest rates from the Federal Reserve in 2019.

“If there is a change at all, I would say the Fed will lower interest rates in 2019 or 2020,” Yun said. “That would stimulate the economy and the housing market. But the expectation is no change at all in the current monetary policy, which will help mortgage rates stay at attractive levels.”