Existing-Home Sales Down a Slight 0.4 Percent 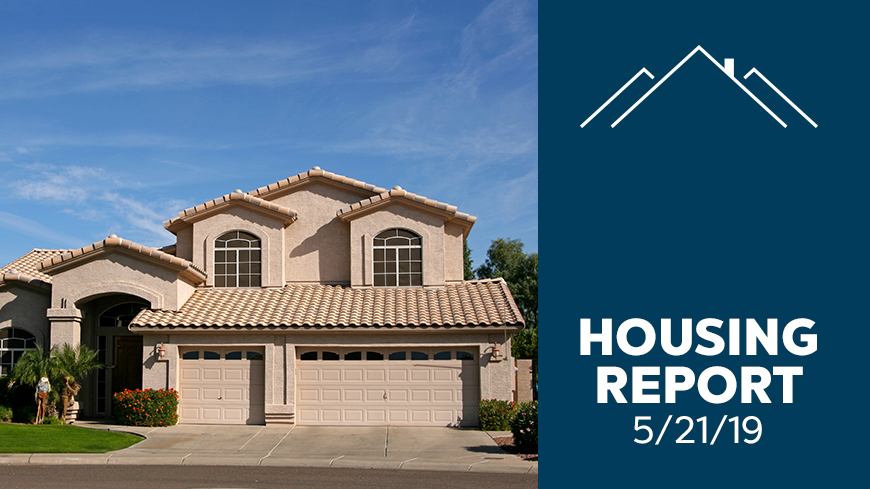 With both decline and growth in sales among the four major U.S. regions, existing-home sales saw only a slight overall decline in April. Total-existing home sales completed transactions including single-family homes, townhomes, condominiums and co-ops fell 0.4 percent from March to a seasonally adjusted annual rate of 5.19 million, which is 4.4 percent below last year.

April’s total-housing inventory increased to 1.83 million, up 1.7 percent from a year ago, while unsold inventory is at a 4.2-month supply at the current sales pace, up from 4.0 months in April 2018. Yun explains these reported numbers will expand buyer’s options, noting that sellers will need to take the moderation of price growth into account.

“We see that the inventory totals have steadily improved and will provide more choices for those looking to buy a home,” Yun says. “When placing their home on the market, home sellers need to be very realistic and aware of the current conditions.”

Properties reported less time on the market in April in comparison to both last month and last year, with 53 percent of homes sold spending less than a month on the market. April’s hottest metro areas include: Boston-Cambridge-Newton, Mass., Lafayette-West Lafayette, Ind., Spokane-Spokane Valley, Wash., Columbus, Ohio and Sacramento-Roseville-Arden-Arcade, Calif.

Freddie Mac reports the average commitment rate for a 30-year, conventional, fixed-rate mortgage decreased to 4.14 percent in April, down from 4.27 percent last month and from last year’s average of 4.54 percent.

NAR President, John Smaby, remains hopeful as we head into the summer months. “I think the market had a bit of a slow start in the fall, but Realtors® all over the country have been telling me that April was a nice rebound. We’re hopeful and expect that this will continue heading into the summer,” he states. “Homes over the last month sold quickly, which is not only a win-win for buyers and sellers, but it’s also great for the real estate industry.”

First-time buyers comprised 32 percent of April’s sales, down from 33 percent last month and last year. Yun chalks this up to college student debt delaying potential millennial homebuyers. “Given the record high job openings in the construction sector, some may want to take a gap year to work there and save, and thereby lessen the student debt burden.”