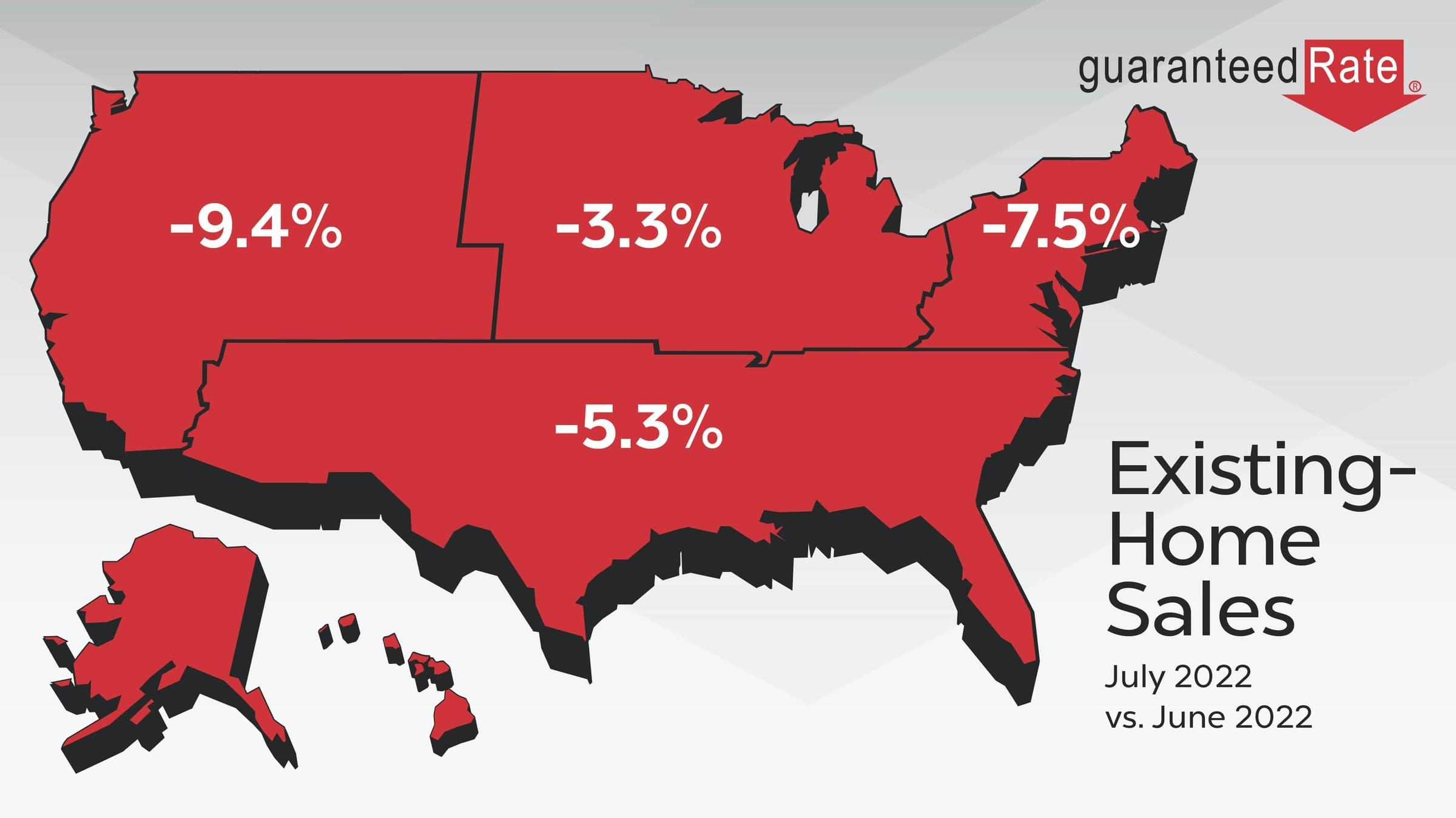 For the sixth consecutive month, existing-home sales declined—falling 5.9% from June to a seasonally adjusted annual rate of 4.81 million. These numbers show a 20.2% drop from last year, according to a report from the National Association of Realtors® (NAR).

The decline in home sales correlates with the increase of mortgage rates, as some buyers are feeling priced out of the market. “The ongoing sales decline reflects the impact of the mortgage rate peak of 6% in early June,” said Lawrence Yun, Chief Economist at NAR. “Home sales may soon stabilize since mortgage rates have fallen to near 5%, thereby giving an additional boost of purchasing power to homebuyers.”

Home prices stay on the rise

Meanwhile, the existing-home sales price increased by 10.8% from last year to $403,800, though this number is $10,000 lower than last month’s record high of $413,800. Prices were up in all four regions—marking the 125th consecutive month of year-over-year increases—breaking yet another industry record with the longest-running streak of rising prices.

“We’re witnessing a housing recession in terms of declining home sales and home building,” said Yun. “However, it’s not a recession in home prices. Inventory remains tight and prices continue to rise nationally with 40% of homes still commanding the full list price.”

Properties are still flying off the market, with 82% of homes sold in July on the market for less than a month. In July, properties typically remained on the market for 14 days, staying current to June’s record-low numbers and down from last year’s 17 days. For context, 14 days on the market is the fewest number on record in the 11 years NAR has been tracking this information.

Home sales remain down in all four regions, both year-over-year and month-over-month.

“The action is in the pricey West region which experienced the sharpest decline combined with a sizable inventory increase,” said Yun. “It’s likely some Western markets will see prices decline, and that will be welcome news for buyers who watched rapid price jumps during the past two years.”