With a dip of only 0.4%, are existing-home sales levelling off? 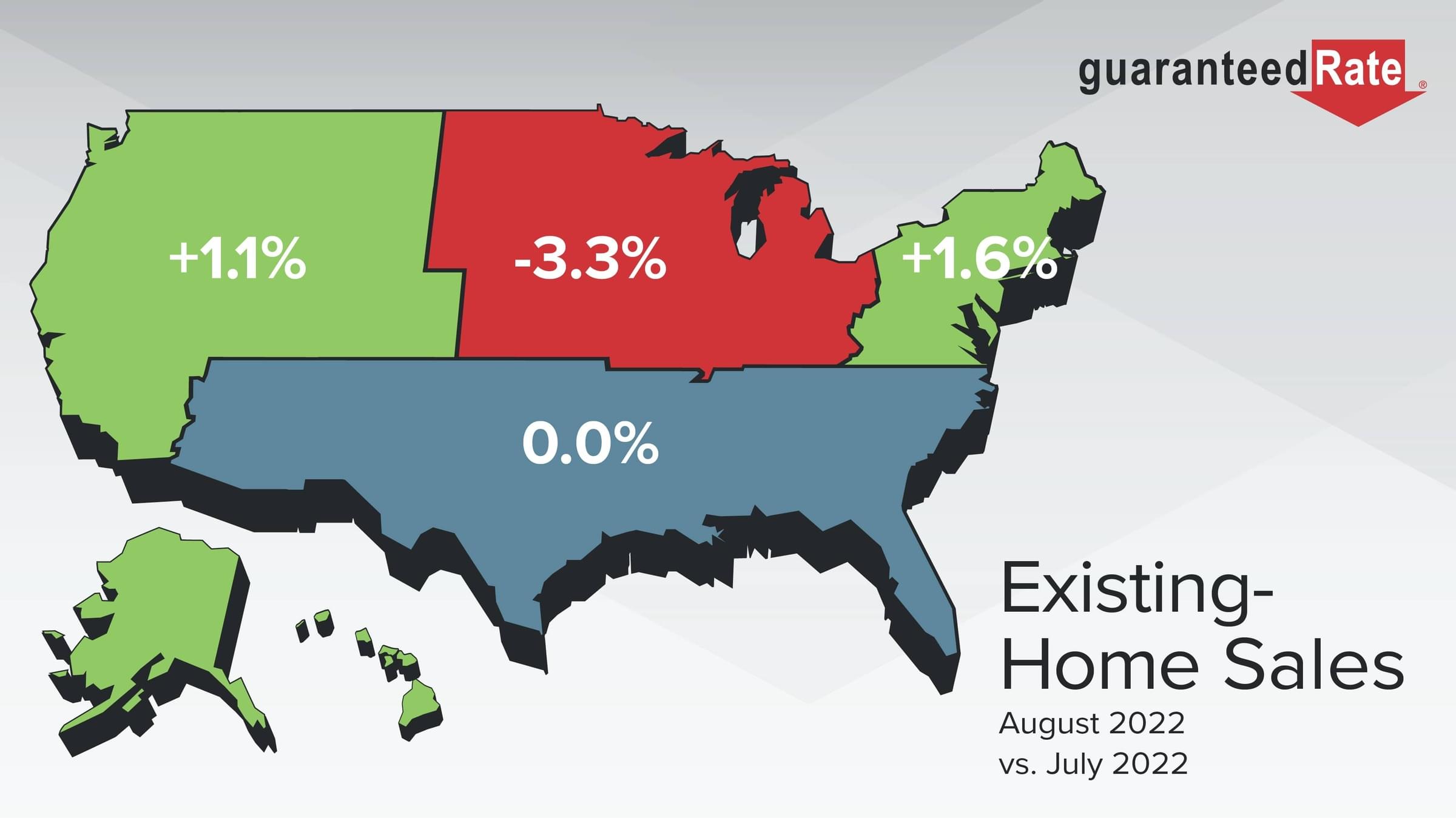 It was not quite a reversal of the trend of month-over-month decreases in existing-home sales, but August did see a smallest decrease in activity since February. This was the seventh consecutive month of declines. Existing-home sales decreased 0.4% in August from July to a seasonally adjusted annual rate of 4.80 million, according to the Nation Association of Realtors® (NAR). This was down 19.9% from August 2021.

As you can see from the chart below, this was the lowest month-over-month decrease since a rebound in sales activity in January, coming off the traditionally slow holiday month of December. Even year-over-year numbers, though in the double digits for August, weren’t as bad as they were in July. The seasonally adjusted annual rate held steady month-to-month.

In another break from a trend that started in January, inventory went down for the first time in months in August. This result is a cloud hovering over what had been cautiously optimistic news on the inventory front over the last six months.

"Inventory will remain tight in the coming months and even for the next couple of years," said Lawrence Yun, NAR’s Chief Economist. "Some homeowners are unwilling to trade up or trade down after locking in historically-low mortgage rates in recent years, increasing the need for more new-home construction to boost supply."

The median existing-home price was $389,500 in August, 7.7% higher than the year before ($361,500). However, August was the second consecutive month that saw the monthly average go down from the previous month’s. Eighty-one percent of homes sold in August 2022 were on the market for less than a month.

Existing-home sales were actually up month-over-month in two of the four regions in August, and even in a third. Only the Midwest pulled the nationwide average down.

"The housing sector is the most sensitive to and experiences the most immediate impacts from the Federal Reserve's interest rate policy changes. The softness in home sales reflects this year's escalating mortgage rates," Yun continues. “Nonetheless, homeowners are doing well with near nonexistent distressed property sales and home prices still higher than a year ago."