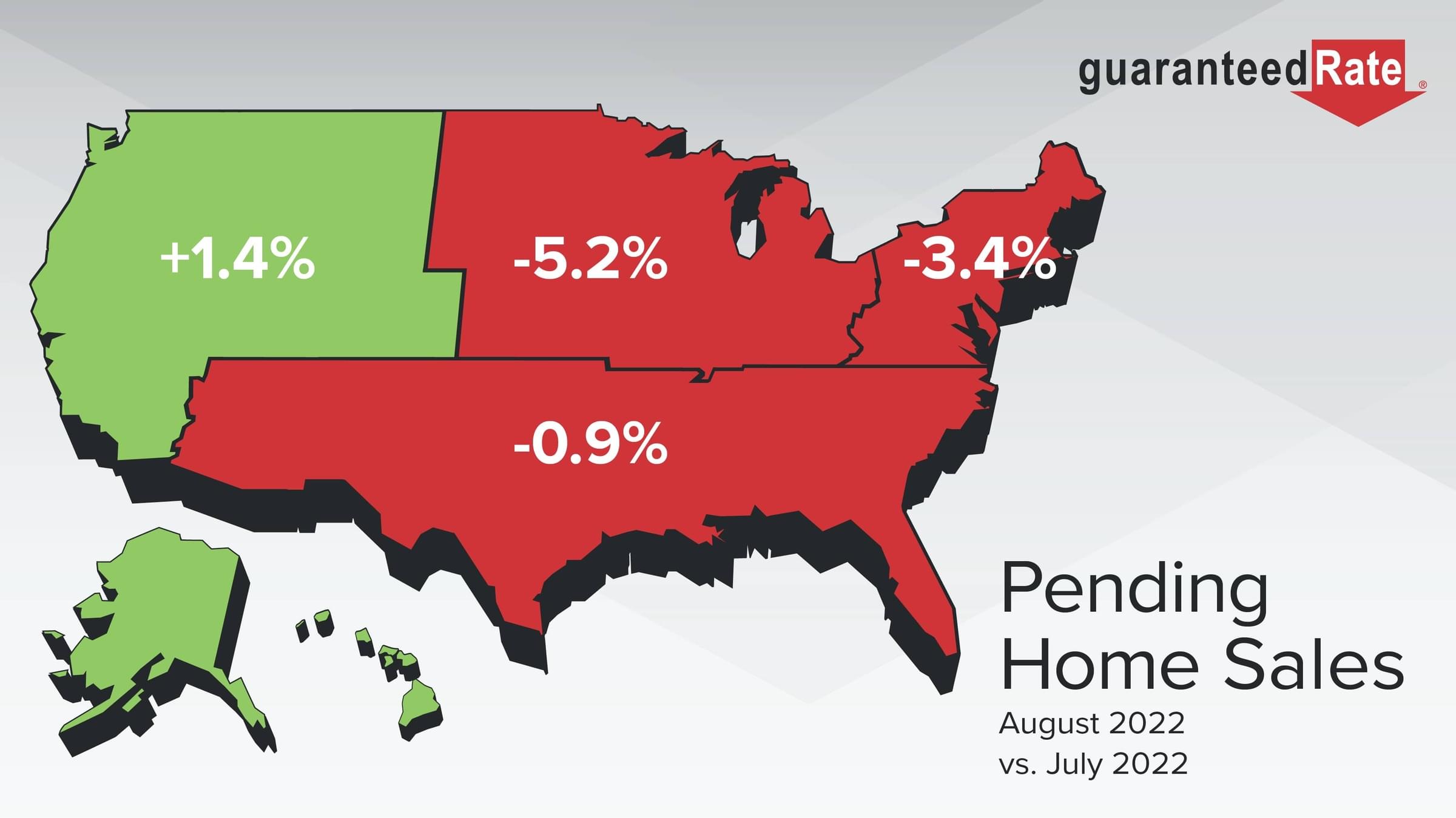 Pending home sales were down 2% nationwide in August as the housing market deals with increasing mortgage rates. This marks the 9th month out of the last 10 that pending home sales have decreased according to the National Association of Realtors® (NAR).

Year over year, contract activity was down 24.2% to 88.4 on the Pending Home Sales Index, a forward-looking indicator based on contract signings, with 100 being equal to the level of activity in 2001. Contract signings were down slightly in three of the four regions, with the West again the only region posting positive activity.

"Home prices are the least affordable in the West and, consequently, the region suffered deeper annual declines in contract signings due to rising interest rates when compared to other areas of the country," said Lawrence Yun, chief economist at NAR. "However, the recent increases of the last two months, though small, are encouraging."

The recent rise in mortgage rates is discouraging would-be homebuyers from making offers. "The direction of mortgage rates – upward or downward – is the prime mover for home buying, and decade-high rates have deeply cut into contract signings," Yun adds. "If mortgage rates moderate and the economy continues adding jobs, then home buying should also stabilize."

It’s not mortgage rates alone that are keeping buyers on the sideline. As we’ve mentioned before, home prices have also risen at a rapid pace, driven by low housing inventory. This has led to a crisis of housing affordability, where the average monthly mortgage payments are too high for many Americans.

As the inflation concerns roil the economy, Yun expects mortgage rates to reflect that uncertainty, with rates rising close to 7% in the coming months. That means it’s likely better to lock in a rate now than wait. "Only when inflation calms down will we see mortgage rates begin to steady," said Yun.

The NAR economist is expecting existing-home sales to decline 15.2% this year and new home sales to fall 20.9%. Over the rest of the year, he’s forecasting that home prices will rise 9.6%, which is good news for owners, who can tap into that extra equity. It’s not necessarily good news for owners looking to sell, however, as potential buyers seem to be spooked.

He’s holding out hope that 2023 will see home price growth slow, which will bring in new buyers. "Next year, the annual median home price is expected to rise by only 1.2%," Yun predicts. "Home sales will pick up in the second half of 2023 but will be down by 7.1% overall."