What is LIBOR and what is replacing it? 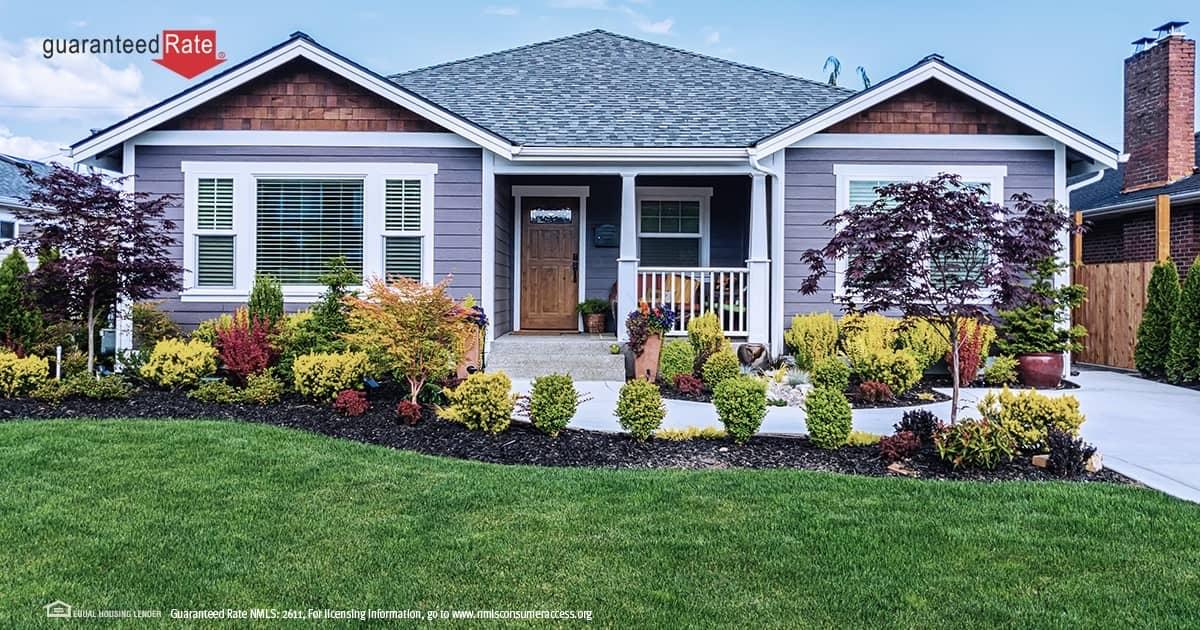 Unless you work in the mortgage and banking sector, you probably don’t spend a lot of time thinking about financial indices. Heck, you might not even know what they are, which is completely understandable given their technical nature. Unfamiliarity notwithstanding, changes are afoot in one financial index that has for decades been the key indicator of interest rates charged for adjustable rate mortgages (ARMs).

The above financial benchmark alluded to is the London Interbank Offered Rate or LIBOR. For decades, LIBOR has been the go-to financial benchmark when it comes to determining short-term interest rates. It’s a valuable tool used every day around the world and yet many people know next-to nothing about what it is, how it’s determined and why after all this time it’s being phased out.

In this article we’ll take a deep look into LIBOR—including a preview of the index that’s replacing it. When shopping for an ARM loan, it’s important to understand all the factors that combine to determine financing—including what the LIBOR rate is and how it affects your payments.

A short history of LIBOR

While LIBOR was formally introduced to global markets in 1986, it actually has its roots all the way back in the 1960s and ‘70s as a reference rate for Eurodollar transactions. With the addition of many financial instruments, a secure, reliable benchmark was needed to accurately reflect short-term interest rates for the banking community. LIBOR rose in prominence and was soon being used around the world.

Essentially, the LIBOR rate is determined on a daily basis by a group of leading international banks that estimate the rates they would be charged by other banks for short-term overnight loans. These rates are then trimmed of the highest and lowest rates and averaged together to form the London Interbank Offered Rate that is then published by an organization called the ICE Benchmark Administration Limited (IBA). It should be noted that while benchmark rates are calculated daily, the most common LIBOR rate is the three-month rate. In fact, a wide array of rate tenors (maturity terms) spanning from one day to one year are available from the benchmark, each priced differently.

At a time of increasing sophistication in global financial markets, LIBOR became popular because it was considered a secure and transparent benchmark rate that provided lenders at all levels with much-needed certainty. Today’s LIBOR rates can be accessed online.

As you might imagine, it’s easy to wade into technical minutiae when discussing LIBOR and the inherent complexities that underpin many financial instruments such as municipal bonds, asset-backed securities, credit default swaps, derivatives and, yes, adjustable rate mortgages.

It can be helpful to think of LIBOR as a market-based tool for lenders to help them calculate how much interest to charge borrowers. Employing a layered, waterfall methodology, the index has been widely embraced over the last 40+ years as the best measurement of overnight lending rates, which is to say, a key factor in determining interest rates for a wide variety of loans and debt instruments throughout the world. Interestingly, the LIBOR index is not typically the standalone final rate charged to a borrower; it is predominantly a benchmark rate from which lenders then add their own margin to create a final rate provided to consumers or whomever the end borrower may be (other banks, hedge funds, etc.)

For ARMs, the benchmark rate is combined with the lender margin, which is a completely different percentage rate pre-established by the lender and written into the loan agreement. While the LIBOR interest rate may fluctuate daily, the margin is fixed at an agreed-upon rate. It’s typically a reflection of borrower risk and general creditworthiness, and it has caps in place so it can rise only so high during any particular interest rate period and over the life of the loan. Different lenders offer different margins.

This is the rate that will matter to you as a borrower. While there are different types of ARMs available today, including a 5-, 7- and 10-year ARM, it’s the fully indexed interest rate that determines how much a loan will adjust and how much you will pay in interest. LIBOR was designed to reset every 12 months, which means that once you enter the adjustable rate period of your mortgage, rates will change annually. Depending on market conditions, interest rates could go up, flatline or (if you’re lucky) decrease.

Let’s look at how LIBOR affects your adjustable mortgage rate.

While no one can claim to see five or 10 years into the future and rightfully prognosticate what LIBOR rates will be, we can get a sense from past performance. But more importantly, as a borrower looking to procure an ARM, you should be cognizant of just how much the margin contributes to the fully indexed interest rate.

Let’s say you’re looking to buy a $300,00 home and are considering a 7-year ARM. Lender 1 is offering you an adjustable rate of LIBOR +4%. Lender 2 is offering you an ARM with a rate of LIBOR + 2%.* While we don’t know what LIBOR will be in seven years, we know it will be the same for all lenders. As a consequence, the margin will be the determining factor. In this example, Lender 2’s ARM is priced to your advantage, regardless of future market conditions.**

This demonstrates why it’s prudent to shop around and find a lender willing to furnish you with a reasonable margin for the adjustable rate period. The loan will still be tied to LIBOR (or SOFR) but the index reflects market conditions; the margin is wholly dependent on the lender. While LIBOR is the benchmark—think of it as your adjustable interest rate’s foundation—it’s just part of the equation. The margin, often presented as points, takes you the rest of the way. Since margins remain the same over the life of the loan, they can have a significant impact on payments.

Note: LIBOR does not play a role in fixed-rate mortgages 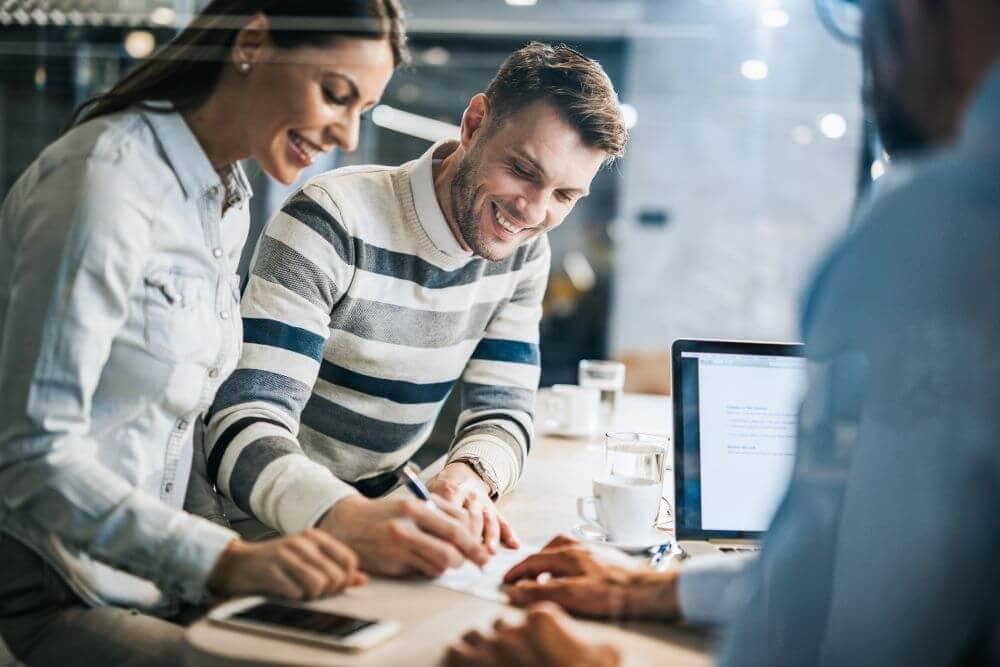 While we’d like to say that the LIBOR index represents a flawless financial story without incident or fraud, that doesn’t ultimately pass the truth test. As far back as 2008, regulators were concerned with underlying problems endemic to the structure, reporting and sample size of LIBOR. Foundational to this: LIBOR has always been based on rate estimates and predictions—not actual transactions.

Given that LIBOR is an index determined by submissions of interest rates from select major global banks, there were always relatively few players involved in determining rates, thus providing fertile ground for potential collusion. And that’s exactly what happened. Regulators identified certain banks that were falsely inflating/deflating their rates as a way to profit from trades, and/or misleading information about their own creditworthiness. While this scandal broke in 2012, further scrutiny detected a pattern of manipulation dating back to 2003. Some regulators contended that manipulation of LIBOR by leading banks had been occurring since 1991.

As you might expect, some reforms were instituted in an attempt to create much-needed transparency and hold institutions accountable for disseminating misleading information and perpetrating fraud. In 2014, LIBOR came under control of the Inter Commerce Exchange (ICE). However, by this time the damage was done and the flaws were too apparent to ignore—regardless of late-breaking reforms.

The phasing out of LIBOR, the introduction of SOFR

Simply put, LIBOR holds sway over trillions of dollars worldwide, so the benchmark has to have the trust of financial leaders everywhere. Given the evidence of fraud and manipulation within the LIBOR index, the banking and finance industry began looking for a new more reliable benchmark with which to employ as a reference rate for short-term loans.

While there have always been a variety of indices to choose from, including the Prime Rate and the CMT (Constant Maturity Treasury) rate, most banks and mortgage companies that previously constructed loans based on the LIBOR index have decided to switch to the Secure Overnight Financing Rate (SOFR) as LIBOR begins to phase out.

LIBOR will not formally terminate in some markets until 2023; however, most of LIBOR’s use as a benchmark for new adjustable rates will conclude at the end of this year (2021). Notably, in the mortgage sector, both Fannie Mae and Freddie Mac stopped purchasing ARM loans based on LIBOR as of Dec. 31, 2020.

While some $200 trillion in assets are still under the watchful eye of LIBOR reference rates (including an estimated $1.3 trillion in consumer loans), most ARMs are not expected to be profoundly affected as they switch to SOFR. However, some changes can be expected so it’s recommended you contact your lender for more information.

If you think you might be unfairly impacted by the SOFR transition, you may want to consider refinancing into a fixed rate and wave goodbye to the fluctuations hard wired into the DNA of adjustable rates. This is also something your lender can tell you more about. Outwardly, the biggest change you’re likely to experience right away with SOFR is your ARM resetting every six months as opposed to annually (for LIBOR).

The SOFR index has some clear advantages over LIBOR. First of all, it’s based on actual historical transactions in the banking sector. That’s a huge improvement from merely asking leading banks what they would charge for an overnight loan. Secondly, the sample size is much broader, helping to supply more accurate data from a wider pool of securitized loans.

It’s important to note that the SOFR index tracks secure overnight Treasury transactions on the repo (repurchase) market, thus providing a rate with reduced risk due to the fact that actual transactions cannot be manipulated like the hypothetical ones used for LIBOR were. Since it’s a historical-based index, it’s inherently backward-looking (in a good way) and must be reset more often; hence, ARMs readjust every six months instead of once a year.

As you may know, the first number in the ARM fraction reflects the initial number of fixed rate years in your mortgage. The second number (the “6” in 5/6) is how often the ARM resets during the adjustable rate period (which is typically much longer). As stated above, SOFR ARMs update every six months .

Under ordinary circumstances, such a sweeping change in reference rates as the kind we see from LIBOR to SOFR would mark an inflection point not only for the mortgage industry writ large, but the entire financial sector. But that seems a tad too dramatic in this case. While a change in reference rates after 40 years is undoubtedly a big deal, it’s a change the industry has been preparing for since at least 2017. As a result, capital markets, banks, mortgage companies and the American homebuyer can approach this change without trepidation or alarm.

Additionally, while LIBOR provided a valuable reference rate for many years, it’s decidedly outlived its usefulness. It’s time for lenders and borrowers alike to transition to a benchmark that will more accurately and honestly reflect the true costs of variable rate borrowing. For the latest on ARM rates and to better understand the adjustable rate transition that’s happening now, talk to a knowledgeable and trusted lender who can walk you through the process.

*Sample rate provided for illustration purposes only and is not intended to provide mortgage or other financial advice specific to the circumstances of any individual and should not be relied upon in that regard. Guaranteed Rate, Inc. cannot predict where rates will be in the future.