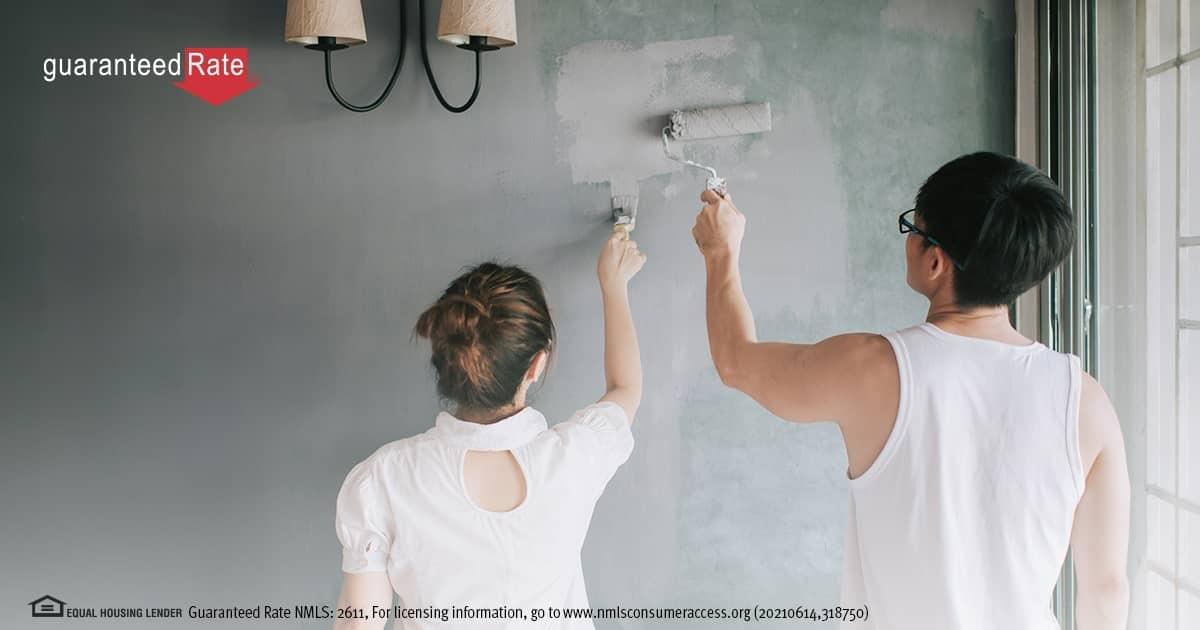 While talk of index rates is not likely to dominate water cooler conversations (or their digital equivalent) anytime soon, there are some interesting developments for a couple interest rate indices that impact adjustable rate mortgages (ARMs).

While you may have heard of the London Interbank Offered Rate (better known as LIBOR), you may be less familiar with its consensus replacement: the Secured Overnight Financing Rate (SOFR). For years, LIBOR has played an important role in setting interest rates for ARMs, such as the 5-year, 7-year and 10-year ARMs available at many lenders. However, due to systemic evidence of fraud and market manipulation, LIBOR is going away and SOFR is emerging as the new benchmark rate for adjustable rate loans and other financial instruments.

While this is generally good news for the American consumer and the American homeowner, the numerical complexity of index rates can be a lot to break down. In this article, we hope to lend a little clarity to financial indices by explaining how SOFR is calculated and why it’s important to understand on a basic level as you shop around for an affordable home loan.

Banks, lenders and other financial institutions have historically relied on one financial index or another to serve as a benchmark in helping to determine the interest rate for borrowing money and the cost of other more complex transactions. In the nonmortgage realm, these transactions might involve sophisticated financial instruments such as credit default swaps, derivatives, asset-backed securities and so on. For our purposes, we’ll be looking at index rates like LIBOR and SOFR in light of their relationship to adjustable rate mortgages.

In the 1980s, as financial markets became increasingly sophisticated and ARMs became more prevalent, there was a need for banks and other lenders to select an index with which to base their adjustable rate on. The index would serve as a benchmark, providing one part of the fully indexed interest rate along with the lender-appointed margin. More on that in a moment.

Since LIBOR was seen as a reliable, trusted, forward-looking index that could accurately reflect current interest rates and thus serve a vital role for lenders, it was embraced by the international banking establishment, including many lenders here in the U.S that offered ARMs to the general public.

Before SOFR, there was LIBOR

While it’s true that LIBOR has been the leading benchmark for many in the banking and mortgage industry since 1986, it wasn't then, nor is it now, the only game in town. Long before SOFR surfaced as a likely successor to LIBOR, other index rates such as the CMT (Constant Maturity Treasury) Index, COFI (Cost of Funds Index) and the Prime Rate (mostly used for credit cards) were used with great frequency in a variety of lending contexts. However, the industry came to the conclusion fairly early on that LIBOR provided the most accurate benchmark for determining ARM rates, thus cementing its position as the go-to reference rate for variable rate mortgages over the past four decades.

At this point, you may be wondering exactly how the LIBOR index rate is calculated. Good question. While all interest rates reflect market conditions to one degree or the other, LIBOR is defined by the interest rates large international banks (about 20 of them) would charge each other for making overnight loans. For purposes of the index, the highest and lowest rates are then removed and these rates are averaged together to create the daily LIBOR rate.

Interestingly, LIBOR rates are not based on actual transactions: The borrowing is hypothetical, and not only that, the data is pooled from a select (though highly influential) group of banks making the sample size less than voluminous.

Given the structural quirks of LIBOR, you may be surprised to learn that the banking community was for many years very satisfied with the index as an accurate barometer of short-term borrowing costs. Adopting a waterfall, data-driven methodology and incorporating a forward-looking model, lenders issuing ARMs did not hesitate to employ LIBOR as one half of their fully indexed interest rate.

A note on margins and the fully indexed interest rate

Whether lenders use LIBOR or SOFR or some other indexed rate as part of their ARM, it’s just one part of what constitutes the adjustable rate. The other component, as mentioned above, is the margin.

The margin is determined by your lender during the time of the original loan agreement. It’s a fixed percent, often expressed as points (2, 3. 4, etc.) and plays a significant role in determining your fully indexed interest rate. While LIBOR (or SOFR) will almost certainly fluctuate over the years due to market conditions, the margin is fixed. Given its importance, all prospective homebuyers should carefully examine the margin at the time of purchase and attempt to negotiate for the best rate possible.

Much like a fixed rate, your lender will base the margin on multiple factors including level of risk you pose and perceived creditworthiness. When it comes to ARMs, shop around; the difference between lenders’ margins can amount to thousands of dollars over the life of your loan. You have little control over the index rate, but the margin may vary considerably from lender to lender and is therefore worth inquiring into and comparing.

The story of SOFR is in many ways the story of necessity—the need for something better, in this case, the need for a superior benchmark to more accurately and reliably reflect market conditions and determine adjustable interest rates.

By and large, SOFR exists and is poised to become the de facto benchmark for ARMs due to the built-in limitations of LIBOR that inevitably produced conditions ripe for fraud and collusion.  Some time beginning around 2008 several major financial institutions began to (illegally) manipulate rates, purposely setting them higher or lower to benefit their derivatives trading desk and reap financial benefits. A crisis ensued. This activity broke laws and broached many codes of conduct both domestically and internationally, creating impact far beyond elite financial circles.

With LIBOR rates involved in an estimated $300 trillion of assets worldwide, anxiety underpinning the scandal was palpable. As public outcry mounted and an array of government institutions began asking themselves if a more fair, reliable and transparent way to calculate derivatives and determine ARM rates was the route to go, there was widespread recognition that LIBOR’s days were numbered. Enter SOFR.

Take a step back and think about what SOFR stands for: Secured Overnight Financing Rate. By virtue of its full name, the index already sounds like a more trustworthy benchmark, right? The average person just feels more at ease when their money is linked to the word “secure.” And security (along with greater accuracy) is precisely the intention of SOFR. Based on overnight rates in the Treasury repurchase (repo) market, the data is generated from secure, high-volume, collateralized transactions that accurately reflect current lending behavior, producing a superior benchmark for lenders. The SOFR rate today can be found online.

Since at least 2012 (when the LIBOR scandal was unwinding in public), the financial community had been looking for both a definitive date from which to offramp from LIBOR as well as a worthy benchmark replacement that could be employed without fuss or controversy. SOFR fulfills that desire. Its rates are not hypothetical, its sample size is significantly larger than LIBOR and (thus far) it demonstrates no signs of being vulnerable to potential manipulation from insiders. As far as rates go, it’s solid and trustworthy; a risk-free alternative to LIBOR.

However, there is one caveat: As a “backward-looking” index (a product of leveraging actual data), SOFR needs to be updated more frequently than LIBOR. Twice a year for ARMs, or biannually.

For many years, despite its shortcomings, LIBOR was widely appreciated in banking circles for its forward-looking visibility into the markets, which allowed institutions to better manage cash flow. Due to that and other factors, it only needed to be “reset” on an annual basis for adjustable rate mortgages. Understandably, both homebuyers and lenders became accustomed to this adjustment schedule.

For those contemplating an ARM, the difference is not profound—but it may be noticeable. If you’re an optimist, you look at an increase in adjustable rate periods as simply additional opportunities to gauge market conditions and secure an improved interest rate. Pessimists likely see the opposite. However you look at, change is the foundation of an ARM—regardless of which benchmark is used. By employing SOFR as supposed to LIBOR, lenders are simply increasing the likelihood of change. As we’ve said many times, that change could result in rates that save you money, rates that increase your monthly payment or rates that are essentially a wash.

If the idea of risk and unpredictability does not appeal to you, then you should take steps to: 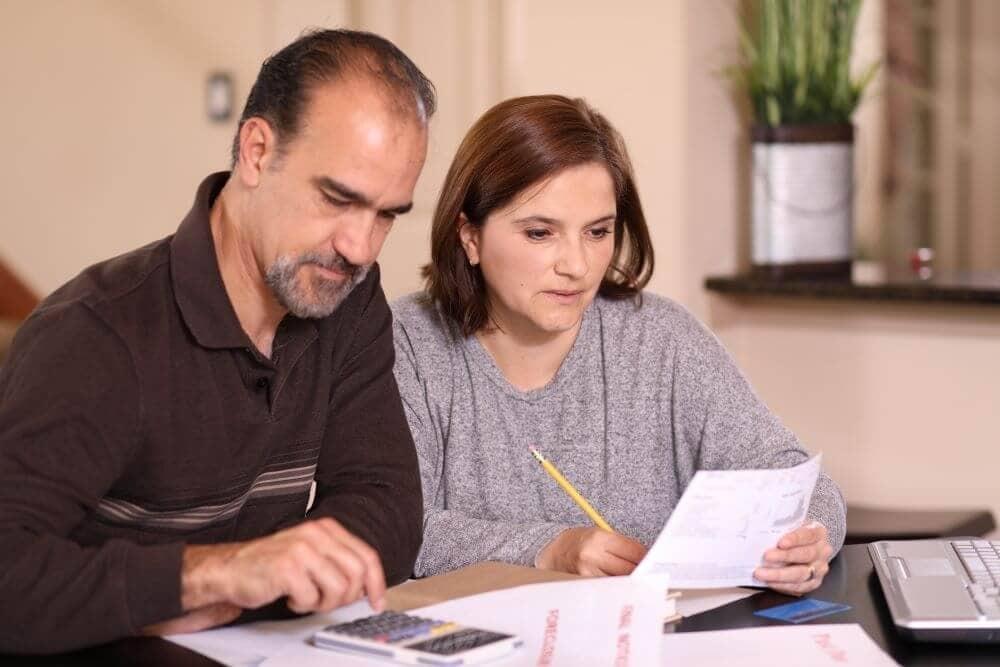 If you currently have a 5-, 7- or 10-year ARM with a fully indexed interest rate based on the LIBOR benchmark, you will soon (if not so already) be transitioning to a new reference rate, likely SOFR. As we mentioned earlier, this will result in some slight differences to your underlying benchmark. However, these differences are so slight that they are unlikely to result in a sharp increase in rates.

For example, on June 1, 2021 these are the respective average 1-month (30 days) rates for both LIBOR and SOFR:

As you can see, there’s not a tremendous difference in the benchmark, so there will not be a huge impact on the fully indexed interest rate, regardless of discussions around “fallback clauses” and valuation differences. And while the above example is just one 30-day snapshot—the spread could certainly expand over time given a rise in the price of Treasury notes—these results should be seen as more or less typical for the current lending era.

Fannie and Freddie signal a change

Due to the fact that influential housing market GSEs like Fannie Mae and Fredddie Mac are no longer accepting new ARMs based on the LIBOR index, talk of benchmarks is not at all academic; clearly, the transition to new interest rates has real-world implications. In fact, LIBOR will be completely phased out at the end of 2021 (for the vast majority of loans). And while most experts expect there to be minimal impact on your ARM as you transition to SOFR, as a consumer, you always want to be equipped with relevant knowledge and know exactly which index governs your benchmark rate should there be unforeseen fluctuations in future adjustable periods that affect your monthly mortgage payment.

The new SOFR index holds great promise as a more reliable and risk-free benchmark that will help ensure your fully indexed interest rate is an accurate reflection of current lending conditions. While it shouldn’t be viewed as a panacea for the entire financial industry’s previous missteps or something that will automatically reduce interest rates, it has been carefully developed and scrutinized to benefit the lender and the borrower; the only test now is the test of time.

While you’re hopefully now more aware of the many factors that contribute to the underlying ARM rate, you may still have additional questions beyond the scope of this article. If that's the case, we urge you to speak to a knowledgeable loan officer today who can allay concerns about the LIBOR transition and provide helpful answers to any queries that involve SOFR. Whether you’re already a homebuyer, thinking of refinancing  or just poking around the interest rate landscape, it can be worthwhile to take some time to better understand the potential impact of benchmark rates on mortgages.