October 22, 2020 (SCOTTSDALE, AZ and CHICAGO) – With college football Bowl Season coming soon, Guaranteed Rate has joined with the Fiesta Bowl Organization to become title sponsor of the newly-named Guaranteed Rate Bowl. Formerly known as the Cactus Bowl, this is the only postseason matchup between members of the Big Ten and Big 12 Conferences. 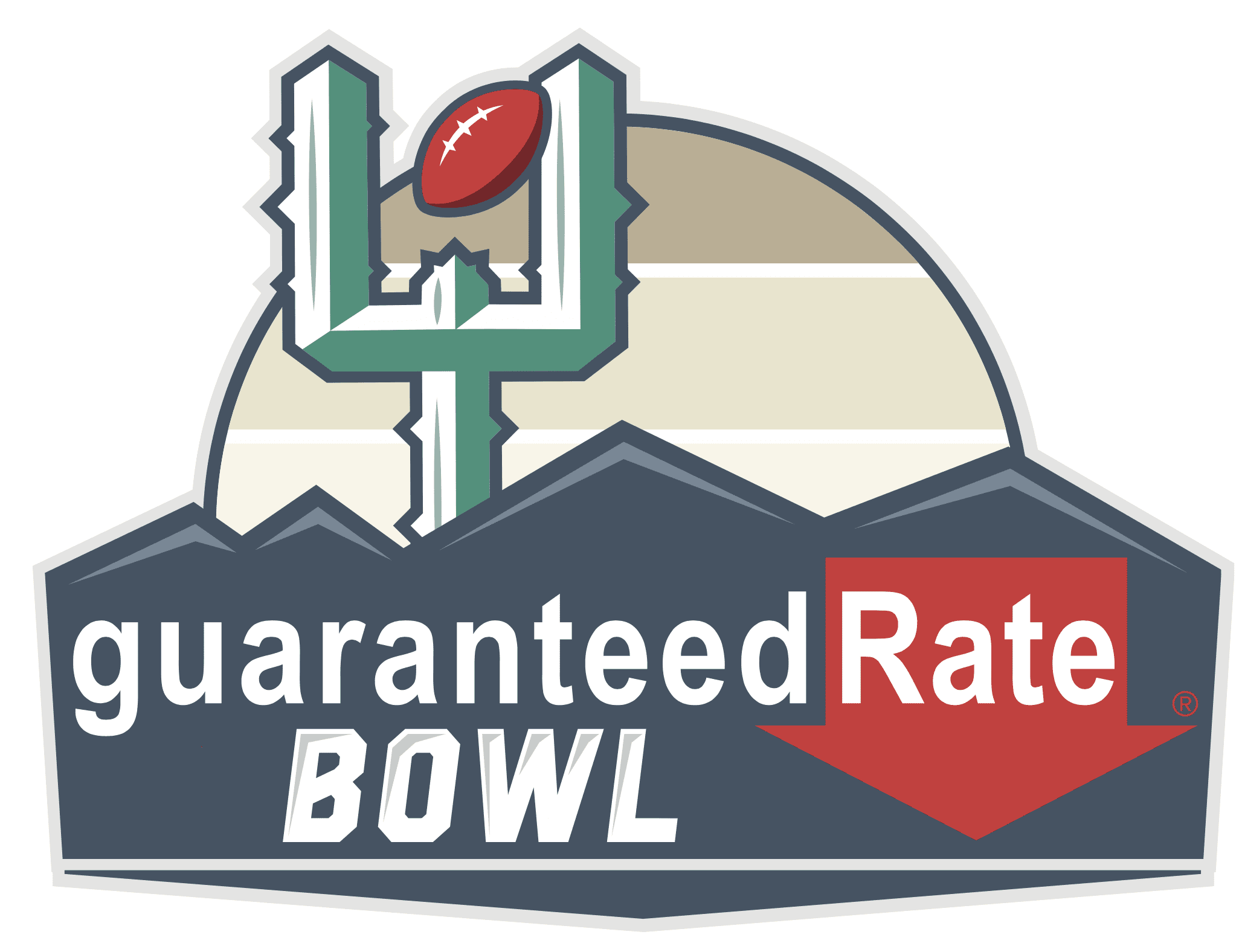 Guaranteed Rate, one of the largest retail mortgage lenders in the United States, will be the game’s exclusive financial partner, including mortgages, home loans and home buying categories.

“College football is such a positive force within sports,” said Guaranteed Rate President and CEO Victor Ciardelli. “We love the competition, respect the hard work and admire the sportsmanship. Every student athlete’s goal is to end their season with a bowl game win, and that’s a huge part of why we’re thrilled to bring the Guaranteed Rate Bowl to ESPN.”

“Bowl Season is an incredible time of the year for student-athletes, university supporters and local communities to celebrate the college football season,” said Guaranteed Rate Bowl and Fiesta Bowl Organization Executive Director Mike Nealy. “We look forward to joining Guaranteed Rate to showcase its name and increase its profile with millions of fans at the best part of the year – college football Bowl Season.”

Two of college football’s most successful conferences, the Big Ten and Big 12 faced off in the Bowl eight times from 2006-13. The Guaranteed Rate Bowl’s three most-attended games featured Big Ten/Big 12 pairings, including the 2011 contest when Iowa and Oklahoma played before a Bowl-record 54,247 fans.

The Guaranteed Rate Bowl is unique as a football game played in an MLB ballpark, held in downtown Phoenix.

“We’re excited to add one of the fastest-growing mortgage companies, and one that loves sports, into our family,” said Patrick Barkley, Chairman of the Fiesta Bowl Organization Board of Directors. “Guaranteed Rate is innovative and thinks big, which enhances our efforts as a leader in hospitality, community impact and incredible events.”

ABOUT THE FIESTA BOWL ORGANIZATION

Since 1971, the Fiesta Bowl is a world-class community organization that executes innovative experiences, drives economic growth and champions charitable causes, inspiring pride in all Arizonans during and outside of college football bowl season. As a nonprofit organization, it is driven by its vision for the importance of community outreach and service. Through the PlayStation® Fiesta Bowl, Guaranteed Rate Bowl and its year-round events, such as the Desert Financial Fiesta Bowl Parade, corporate partnerships and numerous community events throughout the year, the organization provides charitable giving to enhance Arizona nonprofit organizations that serve communities through youth, sports and education.