September 23, 2020 – Paul Richards Racing is excited to announce that Guaranteed Rate, one of the largest retail mortgage lenders in the United States, will be the primary partner on Dave Richards’ Ford Mustang for the NHRA Mello Yello Nitro Funny Car Series race in Gainesville, Fla., September 25-27. 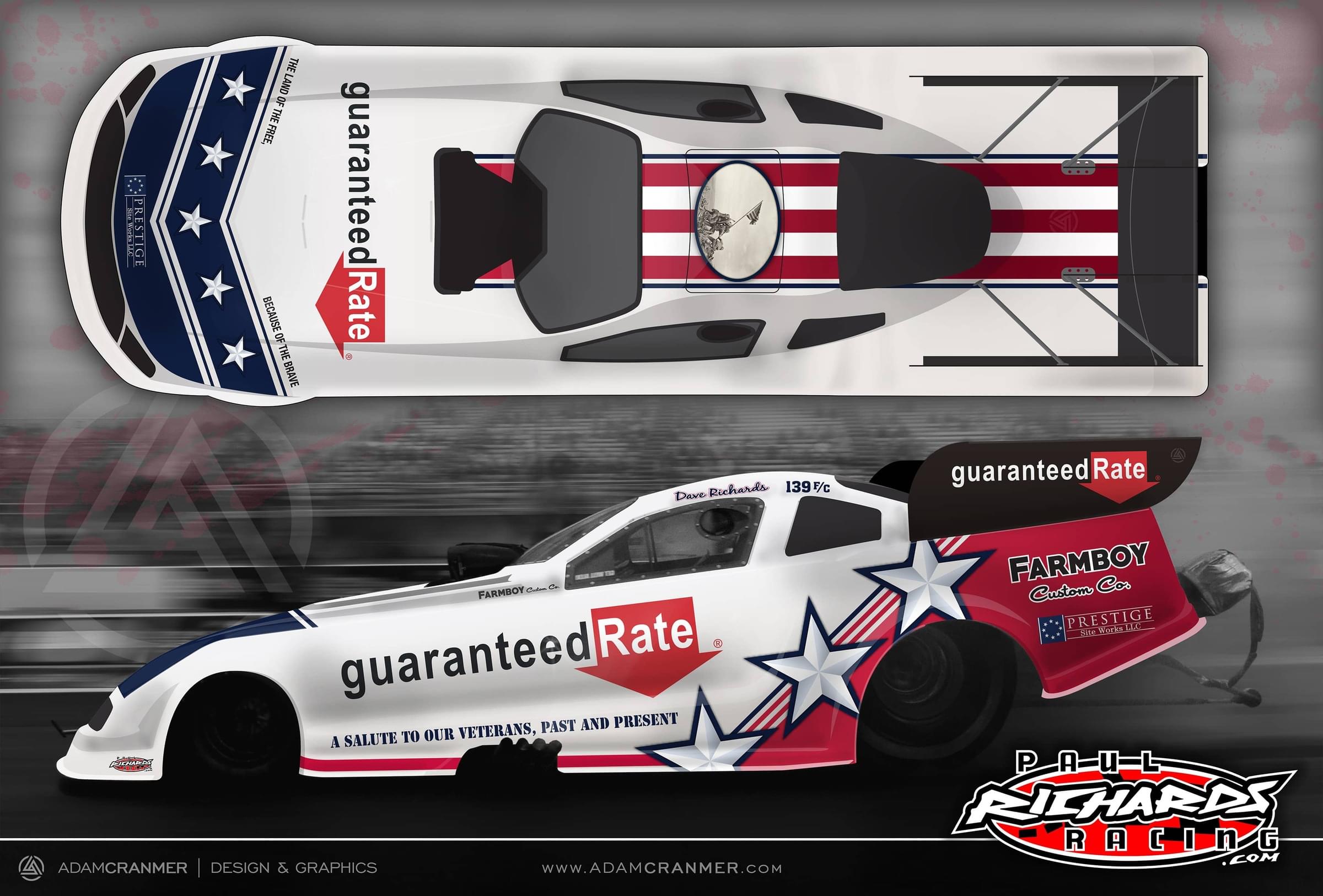 “Guaranteed Rate is proud to sponsor Dave Richards at NHRA’s iconic Funny Car Series,” said Guaranteed Rate Chief Marketing Officer Steve Moffat. “We look forward to being part of this sport with such a loyal fan base, and to do so with a team that has deep history and roots in drag racing.”

“We are thrilled to welcome Guaranteed Rate to the team and NHRA at Gainesville,” said driver Dave Richards “Gainesville is my home track and we will have a lot of family and friends in attendance this weekend cheering us on. We are thankful to everyone at Guaranteed Rate for supporting our team and hope that we can hoist the Wally at the end of the weekend!”

Guaranteed Rate is one of the largest retail mortgage lenders in the United States. Headquartered in Chicago, the Company has over 5,000 employees in nearly 350 offices across the U.S., and is licensed in all 50 states and Washington, D.C. Since its founding in 2000, Guaranteed Rate has helped hundreds of thousands of homeowners with home purchase loans and refinances and funded more than $30 billion in loans in 2019 alone. The Company has cemented itself as Positively Different by introducing innovative technology, such as the world's first Digital Mortgage, by offering low rates and by delivering unparalleled customer service. Honors and awards include: HousingWire’s 2020 Tech100 award for the company’s industry-leading FlashClose SM technology; Top Lender for Online Service for 2018 by U.S. News & World Report; No. 3 ranking in Scotsman Guide's Top Retail Mortgage Lenders 2019; Top Lender 2016, 2017 and 2018 by Chicago Agent Magazine; Chicago Tribune's Top Workplaces list for seven consecutive years; and Best Online Mortgage Lender, Best Mortgage Lender for VA loans and Best Conventional Mortgage Lender by NerdWallet in 2019. Visit rate.com for more information.

Paul Richards Racing is family owned, NHRA Mello Yello Nitro Funny Car team from Wellington, Fla. Brothers, Dave, Paul, Brian and Michael carry on the tradition of the their father Gary Richards who traveled the Northeast in the  1960s and 1970s. Visit PaulRichardsRacing.com and become a fan on Facebook @richardsracing and Instagram @paulrichardsracing.