August 12, 2020 – Roush Fenway Racing has announced that Guaranteed Rate has signed on as a major partner with Ryan Newman and the No. 6 Ford Mustang. Guaranteed Rate made its debut with Roush Fenway Racing two weeks ago in Loudon and will be featured on the car this weekend at the debut of the Daytona International Speedway road course. In addition, the retail mortgage lender will serve as a major associate on all of the No. 6 team’s remaining races. 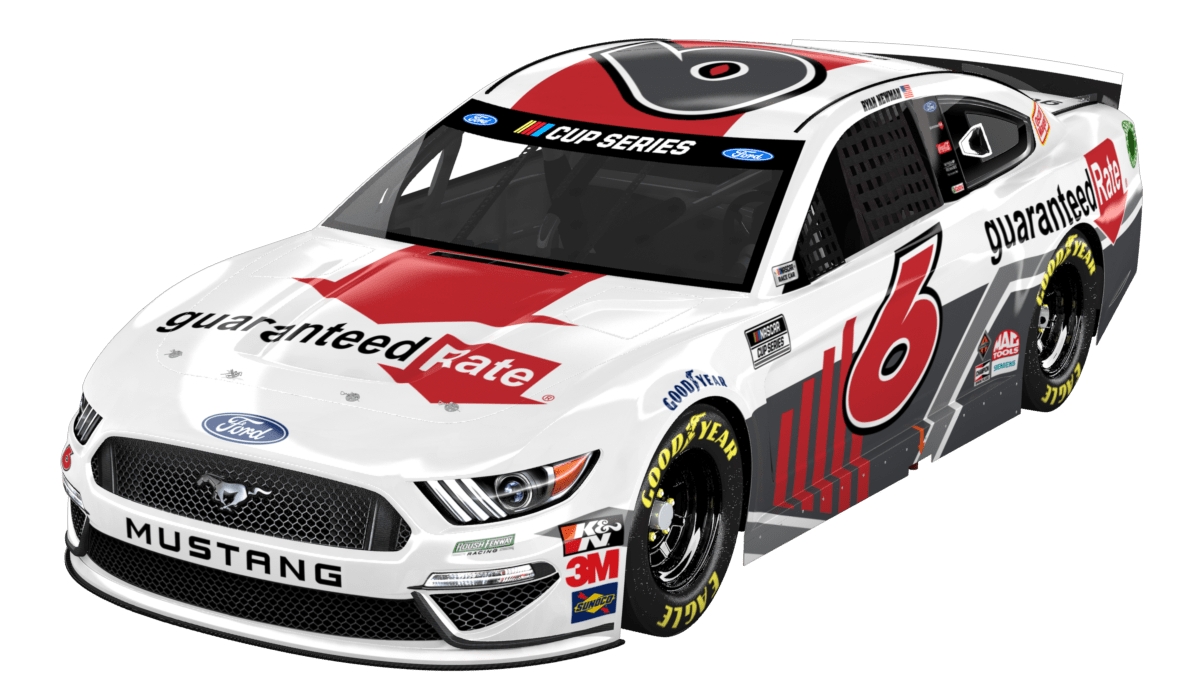 “We are really excited that Guaranteed Rate has made the decision to step up in such a big way on the No. 6 Ford,” said Newman. “Having them on board earlier this summer was a blast, and we look forward to working closely with them as we continue to grow the relationship. We have a lot of racing left to do this year and our goal is to put Guaranteed Rate up front and take the No. 6 Ford back to victory lane.”

Guaranteed Rate will serve as the primary for Newman at numerous marquee events on the NASCAR schedule, including the upcoming Coke Zero Sugar 400 at Daytona to close the regular season, as well as being the featured partner in 11 of the last 14 races, including the season finale at Phoenix Raceway.  Roush Fenway originally partnered with Guaranteed Rate in July for the New Hampshire race, and in conjunction with Fenway Sports Management was able to develop the partnership into a multi-race platform moving forward.

“We are thrilled to pair the Guaranteed Rate brand with Roush Fenway and Ryan Newman, a team well known for innovation and speed,” said Guaranteed Rate Chief Marketing Officer Steve Moffat. “As we extend our partnership and join Ryan for the remainder of the season, we look forward to building an even stronger relationship with him and his loyal community of fans.”

This weekend’s race from Daytona is set for 3 p.m. ET on Sunday, with coverage on NBC, MRN and SiriusXM Channel 90.

Roush Fenway Racing is one of the most successful teams in NASCAR history, fielding multiple teams in NASCAR Cup Series. In its 33rd season, Roush Fenway is a leader in driver development, having launched the careers for many of the top drivers in the sport. Off-track, Roush Fenway is a leader in NASCAR marketing solutions, having produced multiple award-winning Social Media, digital content and experiential marketing campaigns. Roush Fenway is co-owned by NASCAR Hall of Fame team owner Jack Roush and Fenway Sports Group, parent company of Major League Baseball’s Boston Red Sox and English Premier League’s Liverpool F.C. Visit RoushFenway.com, become a fan on Facebook and Instagram, and follow on Twitter at @roushfenway.