July 23, 2020 (CHICAGO) –Guaranteed Rate, one of the largest retail mortgage lenders in the United States, has teamed with Roush Fenway Racing and will be the primary partner on Ryan Newman’s No. 6 Ford Mustang for the NASCAR Cup Series race in Loudon on August 2.

“At Guaranteed Rate, we are driven to deliver an amazing experience for our customers, enabled by innovative technology and unrivaled human expertise. With these shared characteristics, we’re thrilled to partner with Roush Fenway and Ryan Newman. Ryan’s track record, consistency, and passion for winning make this partnership a natural fit,” said Guaranteed Rate Chief Marketing Officer Steve Moffat. 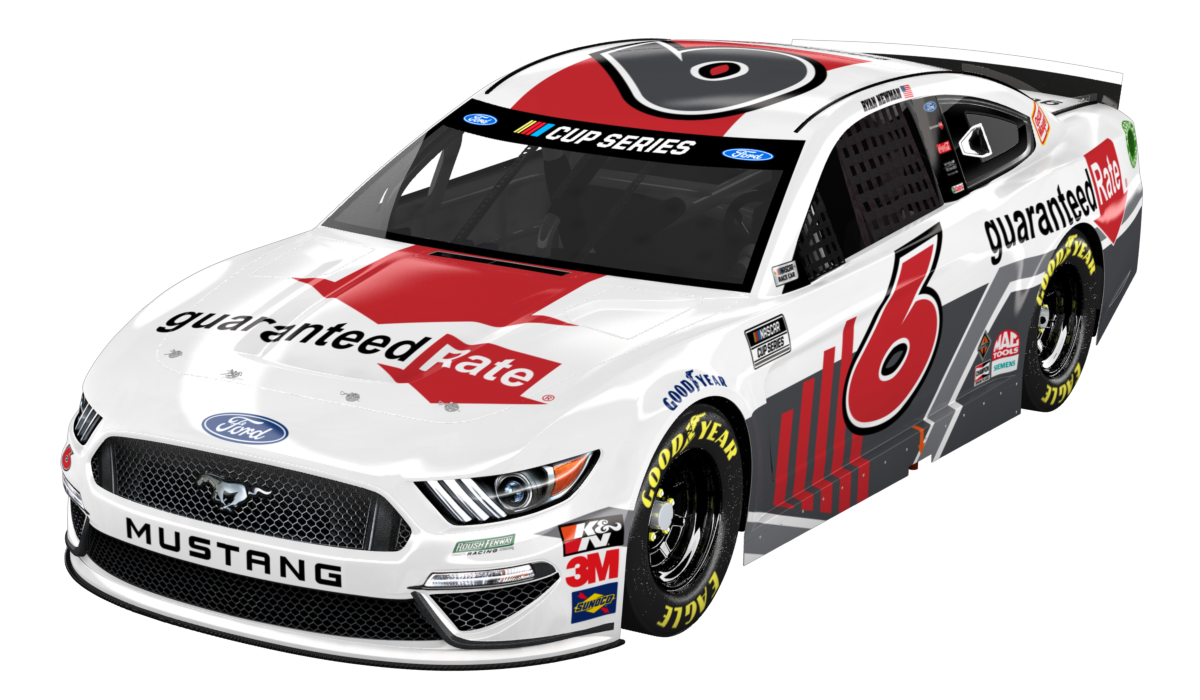 Newman is a three-time winner at NHMS at NASCAR’s top level, tied for the most of any wins on the circuit for the 19-year veteran. The South Bend, Ind., native has seven top five and 20 top-10 finishes at NHMS, with 722 laps led, second most of any active track.

With an average finish of 13.5, one of Newman’s best on the circuit, he earned wins in 2002, 2005 and 2011 at the 1.058-mile track. He also has seven poles in Loudon with an overall average starting spot of 11th. Dating back 10 events, Newman has five top fives, including a strong seventh-place run a season ago, which helped catapult him into the 2019 NASCAR Playoffs.

“We’re excited to welcome Guaranteed Rate to the team at Loudon,” said Newman, who will make his 35th Cup start at New Hampshire Motor Speedway. “New Hampshire has always been a favorite track of mine, and one we’ve been fortunate enough to have success at in years past. Going back to last season, we had a solid day further increasing confidence in our short-track program. We’re thankful to everyone at Guaranteed Rate for coming on board, and hope to have a similar – if not better result – come next weekend.”

The Foxwoods Resort Casino 301 is set for Sunday, Aug. 2, at 3 p.m. ET. NBCSN will carry the TV coverage, with PRN and SiriusXM Channel 90 handling coverage on the airwaves.

About Guaranteed Rate
Guaranteed Rate is one of the largest retail mortgage lenders in the United States. Headquartered in Chicago, the Company has more than 5,000 employees in nearly 350 offices across the U.S., and is licensed in all 50 states and Washington, D.C. Since its founding in 2000, Guaranteed Rate has helped hundreds of thousands of homeowners with home purchase loans and refinances and funded more than $30 billion in loans in 2019 alone. The Company has cemented itself as Positively Different by introducing innovative technology, such as the world's first Digital Mortgage, by offering low rates and by delivering unparalleled customer service. Honors and awards include: Top Lender for Online Service for 2018 by U.S. News & World Report; No. 3 ranking in Scotsman Guide's Top Retail Mortgage Lenders 2019; Top Lender 2016, 2017 and 2018 by Chicago Agent magazine; Chicago Tribune's Top Workplaces list for seven consecutive years; and Best Online Mortgage Lender, Best Mortgage Lender for VA loans and Best Conventional Mortgage Lender by NerdWallet in 2019. Visit rate.com for more information.

About Roush Fenway Racing
Roush Fenway Racing is one of the most successful teams in NASCAR history, fielding multiple teams in NASCAR Cup Series. In its 33rd season, Roush Fenway is a leader in driver development, having launched the careers for many of the top drivers in the sport. Off-track, Roush Fenway is a leader in NASCAR marketing solutions, having produced multiple award-winning Social Media, digital content and experiential marketing campaigns. Roush Fenway is co-owned by NASCAR Hall of Fame team owner Jack Roush and Fenway Sports Group, parent company of Major League Baseball’s Boston Red Sox and English Premier League’s Liverpool F.C. Visit RoushFenway.com, become a fan on Facebook and Instagram, and follow on Twitter at @roushfenway.