INDIANAPOLIS (August 22, 2020) – Dale Coyne Racing with Team Goh is pleased to welcome Guaranteed Rate, one of the largest retail mortgage lenders in the United States, as the primary sponsor on Alex Palou’s #55 car for Sunday’s 104th running of the Indianapolis 500.

The #55 Guaranteed Rate Honda piloted by the rookie driver will be starting from seventh on the 33-car grid. Palou has been impressive since turning his first ever laps at the 2.5-mile oval at the Indianapolis Motor Speedway last week, finishing every practice and qualifying session in the top 10.

“We’re thrilled to partner with Dale Coyne Racing for the Indy 500,” said Guaranteed Rate Chief Marketing Officer Steve Moffat. “Alex Palou turned some heads with his speed and execution during the qualifier, and we’re proud to have him represent Guaranteed Rate on the #55 car this weekend.” 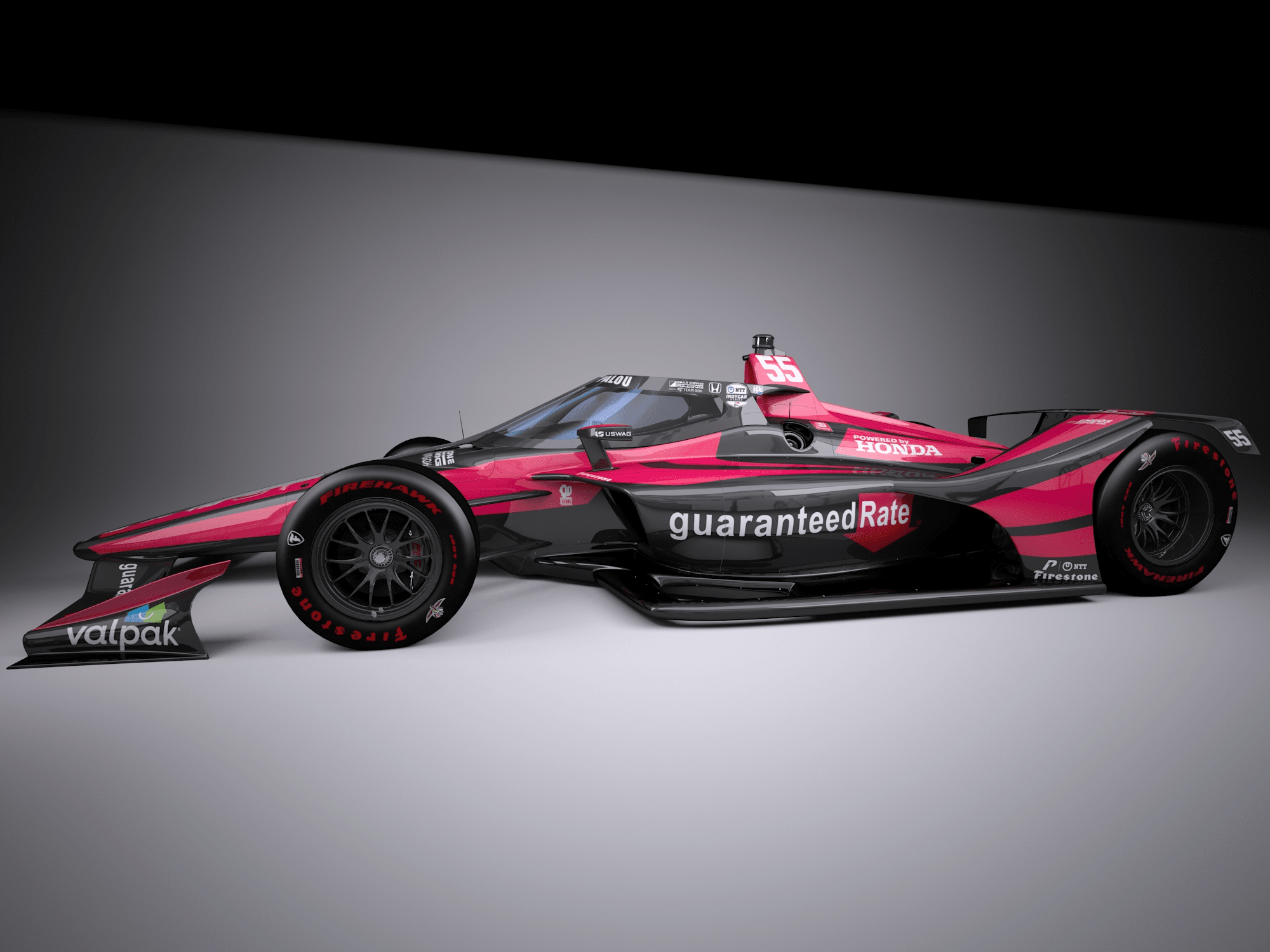 “We’re excited to have Guaranteed Rate as the primary sponsor on Alex Palou’s car for this weekend’s Indianapolis 500,” expressed Team Owner Dale Coyne. “As an Illinois-based team we’re proud to be able to represent a Chicago-based national brand at the biggest race of the year. We hope to make them proud in return with a strong showing in Sunday’s race. Alex has done an amazing job so far and we look forward to seeing how he does tomorrow.”

The seventh round of the NTT IndyCar Series season, the 104th running of the Indianapolis 500, will go green on Sunday, August 23 at 2:30pm ET and will be broadcast live on NBC from 1:00pm ET.

Dale Coyne Racing with Team Goh was formed at the end of 2019 as a partnership between Dale Coyne Racing and Kazumichi Goh, the founder of Team Goh. The two teams first collaborated in the early 1990s and reconnected nearly 20 years later to run Spaniard Alex Palou in the NTT IndyCar Series. Dale Coyne Racing has participated in every season of the North American open-wheel series since 1984. Dale Coyne, a Midwestern entrepreneur who designed and built Route 66 Raceway and Chicagoland Speedway in Joliet, IL, is known for taking on young drivers and mentoring them in the early stages of their careers. The team has claimed multiple victories, most notably, winning back-back races at the Grand Prix of St. Petersburg in the past few years. Team Goh also has a storied history in racing. The team won the 1996 All Japan Grand Touring Car Championship and became one of the prestigious Privateer teams to win the 24 Hours of Le Mans in 2004 with Seiji Ara, Tom Kristensen and Rinaldo Capello.