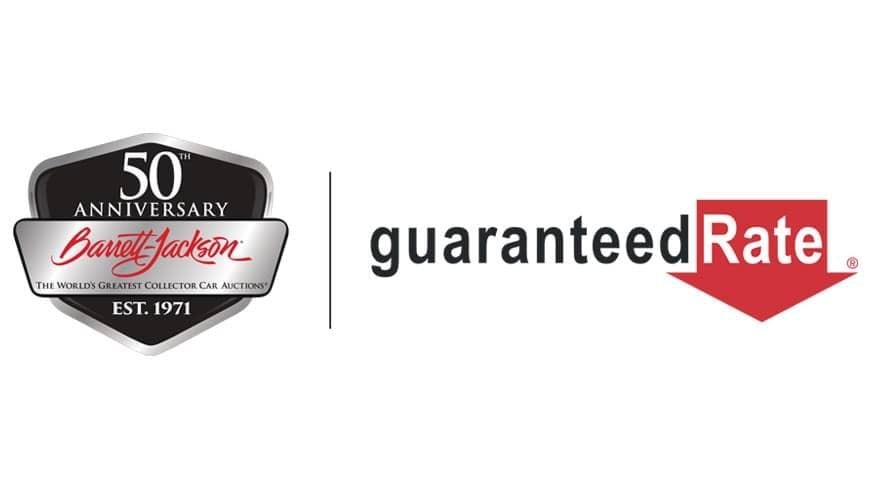 “We are thrilled to welcome Guaranteed Rate to the Barrett-Jackson family of partners,” said Barrett-Jackson Vice President of Corporate Partnerships Peter Lubell. “They are a world-class mortgage and financial services organization, and I look forward to seeing the Guaranteed Rate Auction Block come to life during our 50th Anniversary Scottsdale Auction.”

Those interested in being a part of the 50th anniversary celebration and registering to bid for the 2022 Scottsdale Auction may do so here.

About The Barrett-Jackson Auction Company

Established in 1971 and headquartered in Scottsdale, Arizona, Barrett-Jackson, The World’s Greatest Collector Car Auctions, is the leader in collector car auctions and automotive lifestyle events, which include authentic automobilia auctions and the sale of private collections. Welcoming over 500,000 attendees per year, Barrett-Jackson produces live collector car auctions in Scottsdale, Arizona; Palm Beach, Florida; Las Vegas, Nevada and Houston, Texas where thousands of the most sought-after, unique and valuable automobiles cross the block in front of a global audience. With broadcast partner A+E Networks, Barrett-Jackson features live television coverage of their events on FYI and The HISTORY Channel, as well as all the cars, all the time via their produced livestream on Barrett-Jackson.com. Barrett-Jackson also endorses a one-of-a-kind collector car insurance for collector vehicles and other valued belongings. For more information about Barrett-Jackson, visit www.barrett-jackson.com, or call 480-421-6694.