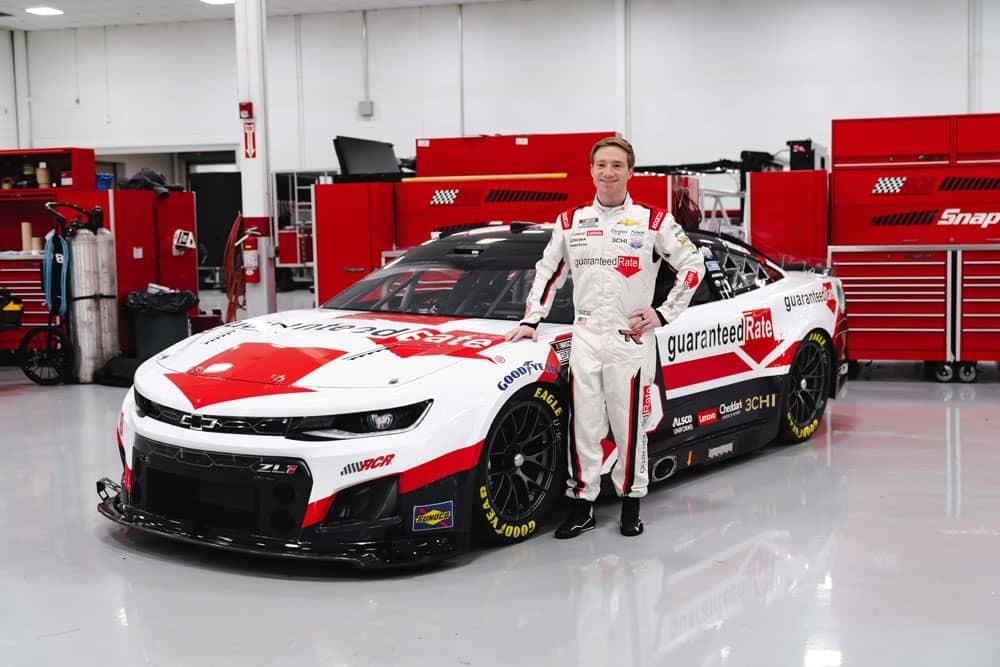 Guaranteed Rate’s Next Gen No. 8 Chevrolet to premier at ‘Busch Light Clash at the Coliseum’ on Feb. 6

CHICAGO (January 31, 2022) – Guaranteed Rate, a leader in mortgage lending and digital financial services, and Richard Childress Racing (RCR) announce today that Tyler Reddick will debut his new Guaranteed Rate No. 8 Chevrolet at the first-ever Busch Light Clash at the Coliseum on Feb. 6.

For the first time in NASCAR history, this season’s exhibition race will be held on a newly created temporary quarter-mile asphalt oval inside the iconic Los Angeles Memorial Coliseum. The event will feature a pre-race concert by Pitbull and a halftime performance by rapper Ice Cube.

“There is so much buzz surrounding this incredible event, which is why we worked hard to push up Tyler’s debut in his Guaranteed Rate No. 8 and make it happen in this race,” said Vice President of Marketing and Sports Partnerships Steve McNelley. “An estimated 70 percent of fans in attendance will be experiencing their first NASCAR race, providing an incredible opportunity to extend Guaranteed Rate to new audiences.”

Fans witnessed the unveiling of the new No. 8 Guaranteed Rate Chevrolet on social media last week when Reddick and his RCR team tested NASCAR’s new Next Gen car at Phoenix Raceway.

"I’m excited to take the new Guaranteed Rate No. 8 out for its race debut on this first-of-its-kind track," said Reddick. "It’s an exhibition race, so points do not matter and all of us will be going all-out to try and win. It’s going to be a wild race for drivers and fans alike, so I couldn’t think of a better place to officially debut Guaranteed Rate’s amazing new look.”

Reddick and RCR join a host of Guaranteed Rate's successful sports partnerships, which include the NHL, National Lacrosse League (NLL), Bassmaster and the Professional Bowlers Association.

The Feb. 6 event, including practices and qualifying races, will be broadcast on FOX Sports. Sunday’s coverage kicks off at 3 p.m. ET on FOX with a slate of heat races.

Guaranteed Rate is a leader in mortgage lending and digital financial services. Headquartered in Chicago, the Guaranteed Rate Companies have more than 11,000 employees in over 850 branches across the U.S., serving all 50 states and Washington, D.C. Since its launch in 2000, Guaranteed Rate Companies have helped more than 1 million homeowners with home purchase loans and refinances, with a total loan volume of more than $116 billion in 2021 alone. The company has cemented itself as an industry leader by introducing innovative technology, offering low rates and delivering unparalleled customer service. Honors and awards include: Top Lender for Online Service for 2018 by U.S. News & World Report; Best Mortgage Lender for Online Loans and Best Mortgage Lender for Refinancing by NerdWallet for 2021; HousingWire's 2020 Tech100 award for the company's industry-leading FlashClose℠ technology; No. 3 ranking in Scotsman Guide's 2021 list of Top Retail Mortgage Lenders; Chicago Agent Magazine's Lender of the Year for six consecutive years; and Chicago Tribune's Top Workplaces list for seven consecutive years. Visit rate.com for more information.

Richard Childress Racing (rcrracing.com) is a renowned, performance-driven racing, marketing and manufacturing organization. Incorporated in 1969, RCR has celebrated over 50 years of racing and earned more than 200 victories and 16 championships, including six in the NASCAR Cup Series with the legendary Dale Earnhardt. RCR was the first organization to win championships in the NASCAR Cup Series, NASCAR Xfinity Series and NASCAR Truck Series and is a three-time winner of the Daytona 500 (1998, 2007, 2018). Its 2022 NASCAR Cup Series lineup includes two-time NASCAR champion, 2017 Coca-Cola 600 winner and 2018 Daytona 500 champion Austin Dillon (No. 3 Chevrolet), along with two-time NASCAR Xfinity Series champion Tyler Reddick (No. 8 Chevrolet). RCR fields a full-time NASCAR Xfinity Series program with Sheldon Creed and Austin Hill.