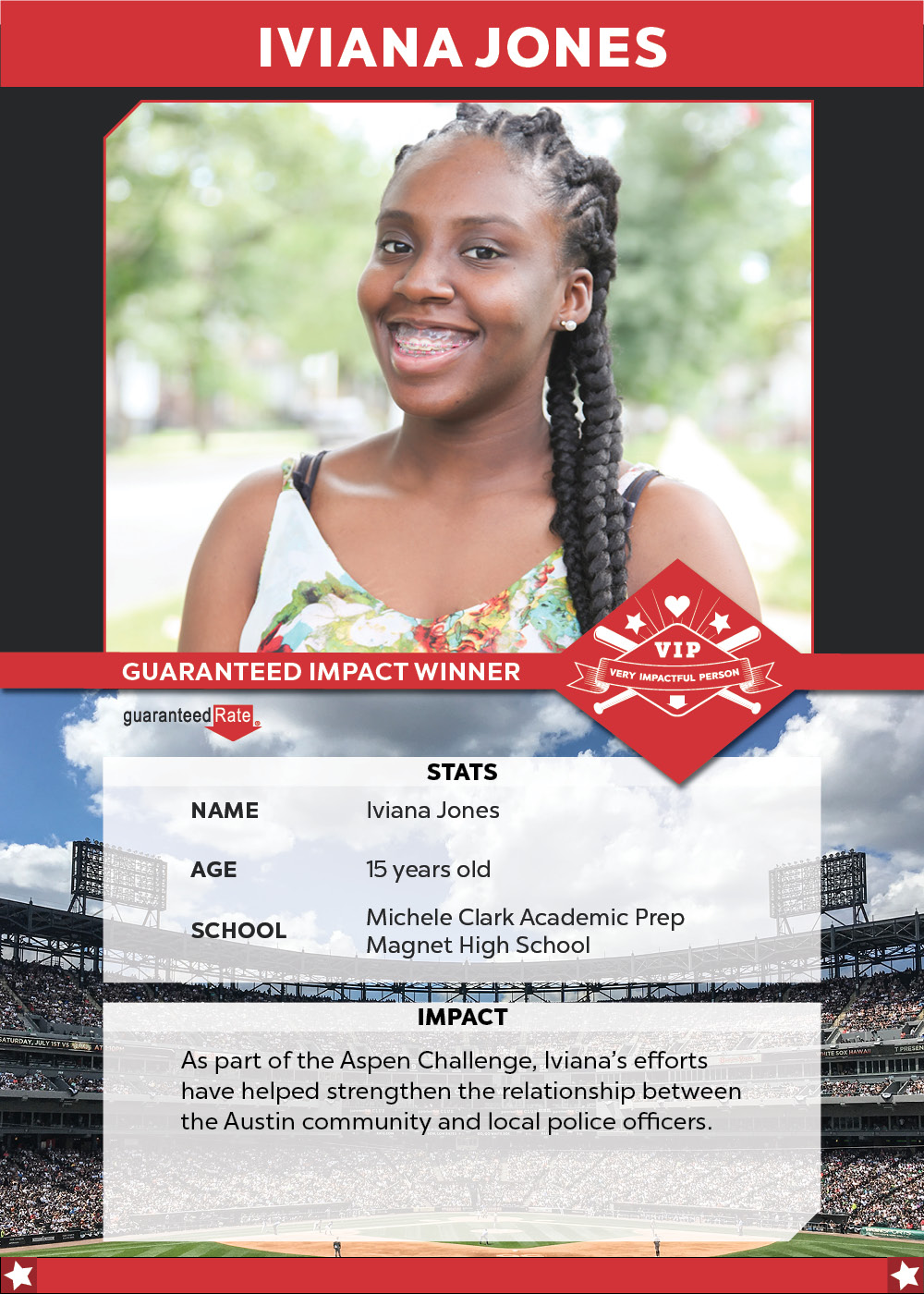 Like many 15-year-olds, Iviana Jones has a lot going on. She works hard in the classroom, maintaining a 3.0 GPA at Michele Clark Academic Prep Magnet High School, and participates in athletics and cheerleading.

But when the opportunity to take part in the Aspen Challenge came about, she eagerly added one more thing to her plate. A program that enables young participants to address problems and create solutions was right up Iviana’s alley.

She quickly took on a leadership role as her group focused on improving relationships between the Austin community and its local police officers. For her efforts, Iviana has been selected as one of 10 Guaranteed Impact winners.

“The discipline Iviana puts into accomplishing goals is inspiring and she is continuously encouraging those around her to do the same,” notes JaQuita Price, a special education classroom assistant and cheerleading coach at Michele Clark.

Iviana and her group of peers devoted much of their time to speaking with residents and police officers about the surrounding neighborhoods and their feelings towards one another. Her team also planned various themed events, including one that focused on sports and another that cleaned an area of the local community.

According to Price, their work was recognized by the Aspen Challenge, which presented the students with its “Greatest Impact” award. The Chicago Police Department’s 15th District also recognized the group for their efforts.

“With the work Iviana has done for the community and her drive to be set apart from negativity and stereotypes, I see her becoming a future leader,” says Price. “Iviana believes in what is right and she dedicates herself wholly to whatever task is set in front of her.”