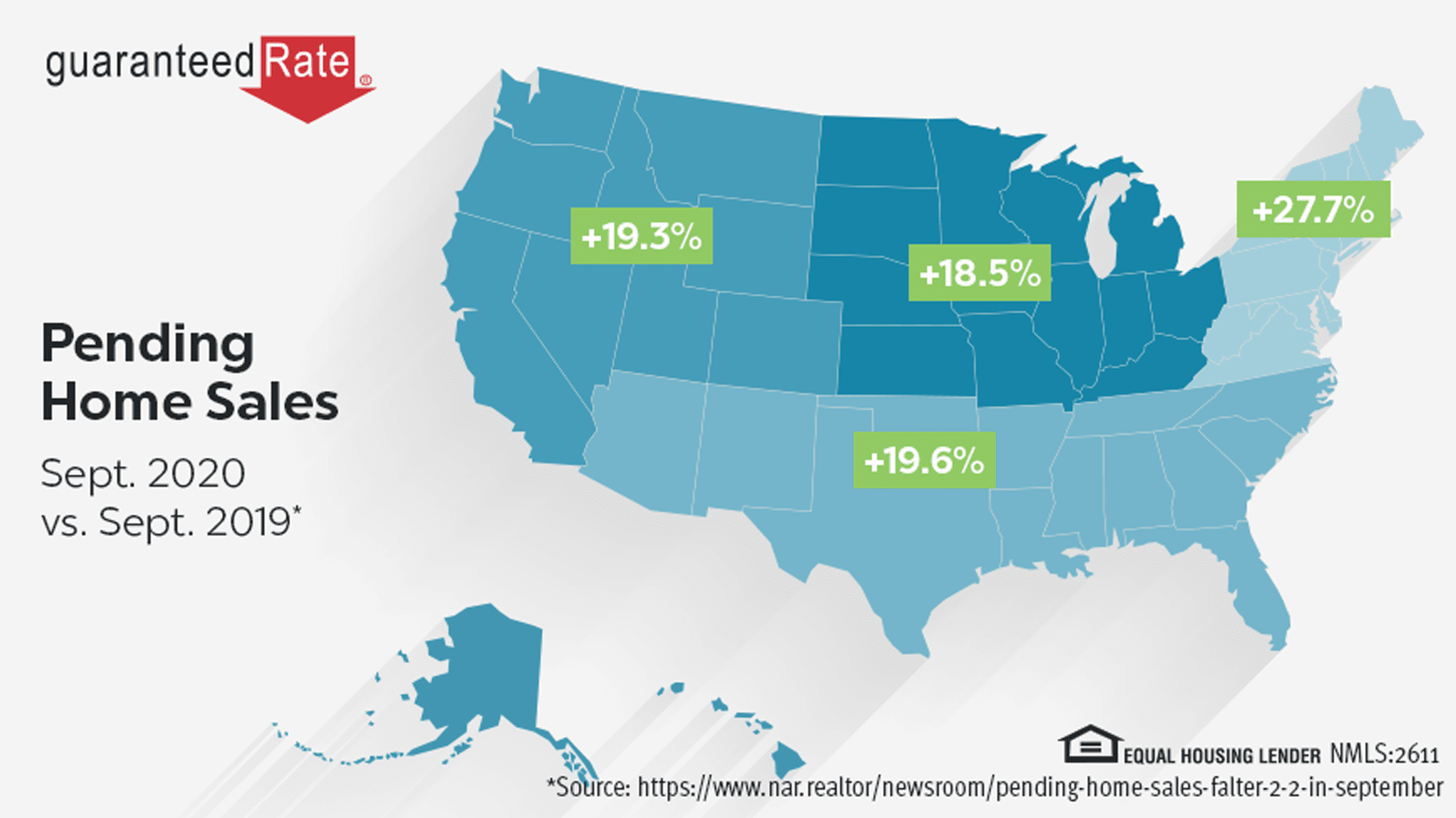 After four consecutive months of growth, September’s Pending Home Sales Index (PHSI) slid 2.2% to 130.0, though contract signings were up 20.5% from last year. For context, an index of 100 is equal to 2001’s level of contract activity.

“The demand for home buying remains super strong, even with a slight monthly pullback in September, and we’re still likely to end the year with more homes sold overall in 2020 than in 2019,” said National Association of Realtors® (NAR’s) chief economist Lawrence Yun. “With persistent low mortgage rates and some degree of a continuing jobs recovery, more contract signings are expected in the near future.”

Yun predicts further increases in consumers looking to buy due to the unique circumstances brought about by the pandemic. “Additionally, a second-order demand will steadily arise as homeowners who had not considered moving before the pandemic begin to enter the market,” he says. “A number of these owners are contemplating moving into larger homes in less densely populated areas in light of newfound work-from-home flexibility.”

Recoveries across the regions

While September brought a slight decline in contract activity to three of the four major regions, all four regions documented double-digit year-over-year increases.