In October, existing-home sales up slightly for the second month in a row 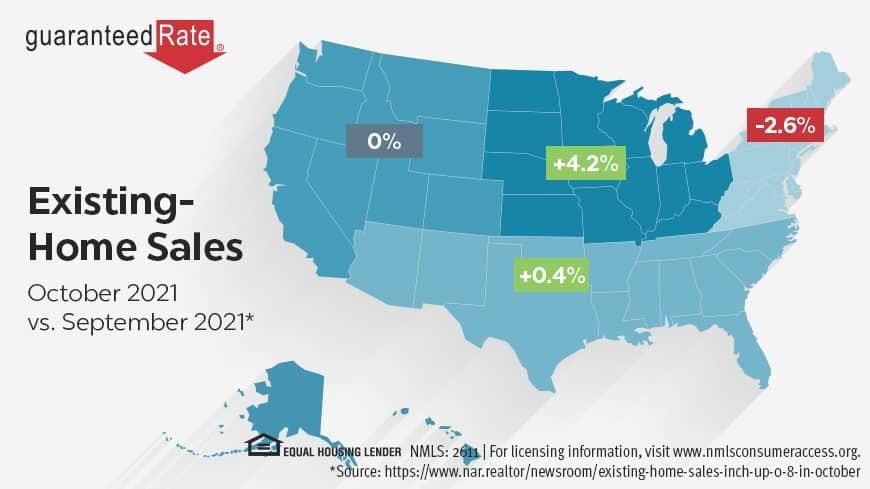 Existing-home sales continued a modest positive upswing in October as sales increased by 0.8%. While the numbers were not as robust as September, which saw a 7.0% increase in existing-home sales, it remains a positive sign, according to Lawrence Yun, chief economist for the National Association of Realtors®.

Existing-home sales reached a seasonally adjusted rate of 6.34 million last month, which is 5.8% lower than a year ago. Low housing inventory is once again the cause of the lower numbers from a year ago. The number of homes available for purchase at the end of October was down 0.8% from September to 1.25 million units. This represents a 12% reduction from October of 2020, which stood at 1.42 million units.

As has been the case for the last couple of years, this lack of inventory is continuing to drive up the price of homes. October saw the median existing home price rise 13.1% from last year, $313,000 to $353,900. This the 116th month in a row to see year-over-year increases, the longest running streak on record.

Where people are buying homes is changing as the market forces mentioned above combine with the trend of remote and flexible work, which doesn’t appear to be going away anytime soon.

"Among some of the workforce, there is an ongoing trend of flexibility to work anywhere, and this has contributed to an increase in sales in some parts of the country," Yun notes. "Record-high stock markets and all-time high home prices have worked to significantly raise total consumer wealth and, when coupled with extended remote work flexibility, elevated housing demand in vacation regions."

Slight positives in half of the country’s regions