Existing Home Sales Up, and Down 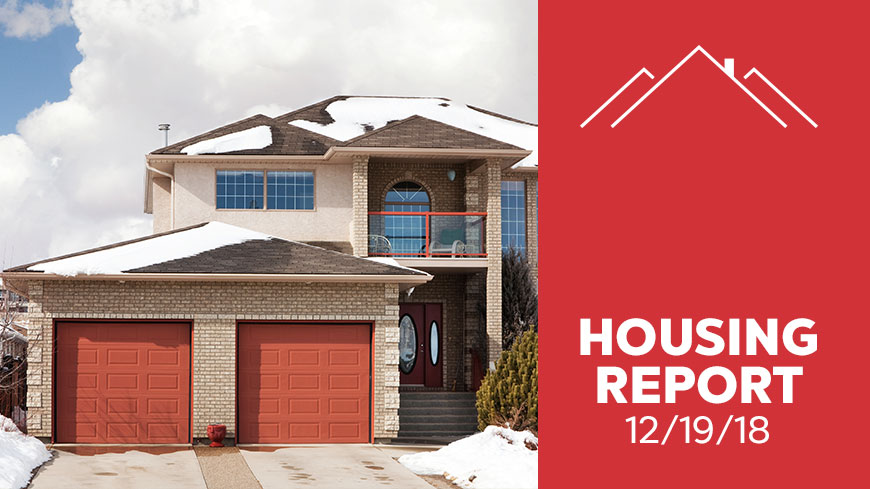 November existing home sales were up almost 2%, according to the National Association of Realtors. That’s the good news. The bad news is home sales are down 7% nationally year-over-year.

“The market conditions in November were mixed, with good signs of stabilizing home sales compared to recent months, though down significantly from one year ago. Rising inventory is clearly taming home price appreciation,” said Lawrence Yun, NAR chief economist.

The 7% drop off in sales year-over-year marks the biggest plunge since 2011, according to Zero Hedge, a financial blog.

For two months straight, existing home sales have increased. Could this mark the beginning of a year- end rally? “No,” said Jeremy Collett, executive director of capital markets at Guaranteed Rate. “The only bright side here is some relief from higher rates over the past 5 weeks as mortgage rates dipped .250 to .375 percent lower.”

Mortgage rates dropped to the lowest point in three months last week to average 4.63% on a 30-year-fixed, according to the Freddie Mac Primary Mortgage Market Survey. Despite calls for the Federal Reserve to restrain itself, mortgage rates have either fallen or remained flat for five consecutive weeks.

Still, properties are staying on the market longer. Market time in November stood at 42 days, up from 36 in October. Still, 43% of homes sold last month were on the market for less than 30 days.

Sales in the Northeast marked the greatest gain, more than 7% followed by the Midwest, 5.5%, according to NAR. But a slowdown in the West saw sales tumble more than 6%; experts blame affordability.  And in the South, sales grew by just 2.3%.

Surprisingly, condo sales are dragging the numbers down. While those property types saw a 1.7% increase in November, condo and co-op sales are down 9% year-over-year. Prices fell 1.9% as a result.

Single-family housing hit a seasonally adjusted annual rate of 4.71 million in November, up from 4.62 million in October. Still, that’s 6.7% below the 5.05 million sales pace from a year ago, according to NAR.