Existing-home sales down 1.7 percent in November 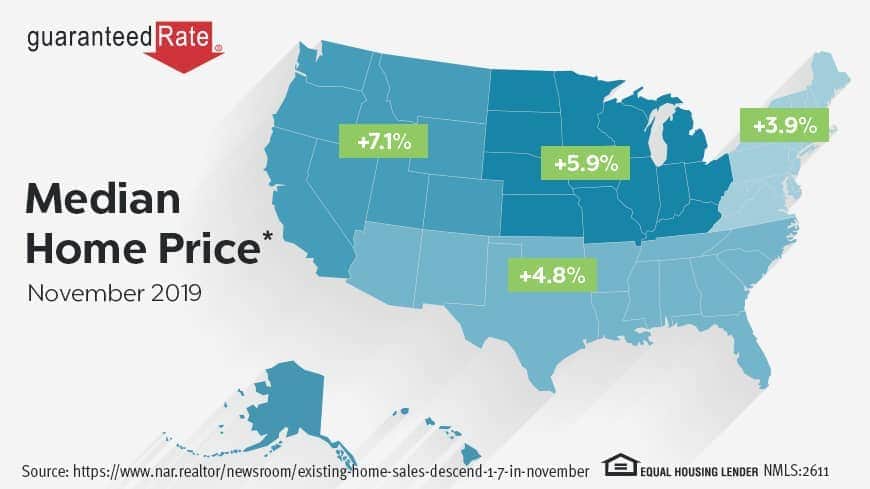 A small step back after October’s increases, existing-home sales decreased 1.7 percent to a seasonally-adjusted annual rate of 5.35 million in November, though sales are up 2.7 percent from last year.

NAR’s chief economist, Lawrence Yun, isn’t concerned with November’s decline. “Sales will be choppy when inventory levels are low, but the economy is otherwise performing very well with more than 2 million job gains in the past year,” he explains.

October’s median existing-home price was $271,300, a 5.4 percent increase from last year with prices rising across all regions. This marks the 93rd straight month of year-over-year gains.

A need for affordable housing

“The new home construction seems to be coming to the market, but we are still not seeing the amount of construction needed to solve the housing shortage,” says Yun. “It is time for builders to be innovative and creative, possibly incorporating more factory-made modules to make houses affordable rather than building homes all on-site.”

Properties typically remained on the market for 38 days in November—up from 36 days in October, but down from last year’s 42 days.

Predictions for the new year

Below are the top 10 metro areas the NAR expects to outperform in terms of demand and price appreciation:

Economists predict an economic growth of 2 percent in 2020. “The consensus was that mortgage rates may rise, but only incrementally,” says Yun. “I expect to see home price affordability improvements, too. This year we witnessed housing costs grow faster than income, but the expectation is for prices to settle at a more reasonable level in the coming year in line with average hourly wage growth of 3 percent on a year-over-year basis.”