Second-chance cities that can be a perfect first choice 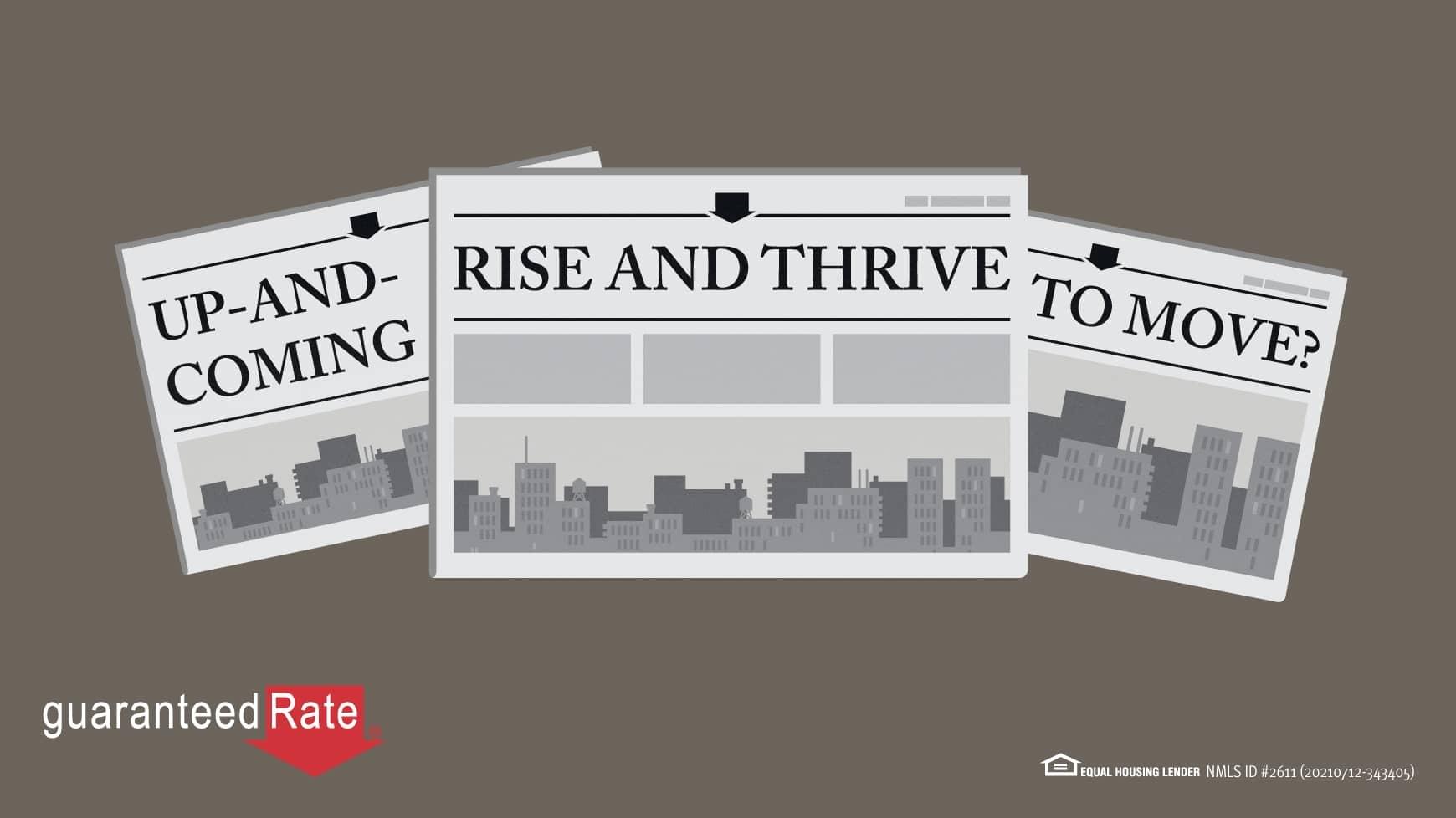 Some cities are burdened by an unflattering reputation that ignores their improvements since that perception was created.

Consider Flint, Mich. It earned a well-deserved bad rap years ago because of lead discovered in the water supply, but that impression has persisted even though the problems that drew media attention have mostly been resolved.

But some of the most underrated cities in the U.S. deserve a second chance. Below, check out our alphabetical list of eight newly viable second-chance cities that have plenty of attractions – including truly reasonable home values.

After decades of decline, Asbury Park has rebounded. The once-ramshackle downtown is being revitalized, and the median home price of $335,000 is seriously affordable. A slew of homebuyers this year has driven the price per square foot up to about $300 from $275 in January.

A town of about 15,000, Asbury Park is right on the Atlantic Ocean, a perfect spot for summer swims or spring strolls. The nearly-century old Convention Hall is the spot where Bruce Springsteen – whose debut album was entitled Greetings from Asbury Park, N. J. – rehearses for concerts (as recently as 2019), and The Stone Pony on Ocean Avenue, where he has played many shows, still hosts great musical acts. The Boss may even show up while you’re listening to some loud rock n’ roll.

Though Augusta suffered urban decay as businesses relocated to the suburbs in the 1970s, it has rebounded, making it one of the most underrated cities in the U.S. And it’s hard to beat the home values. At the end of May, the median price for a home in Augusta sat below $100,000, less than half of the median price in the United States. The cost of living is reasonable in this city of about 200,000. The nearest major airport sits about an hour away in Columbia, S.C.

Known worldwide as the home of The Masters golf tournament, it’s actually the second-biggest city in Georgia, and there’s plenty more to do than just hitting the links. Activities range from strolling down Riverwalk Augusta to checking out the shops to visiting the Morris Museum of Art, the first dedicated to art of the American South.

Known historically for an anarchist labor movement which spurred strikes against the lucrative granite industry, Barre is quite a different town today. Its median home price has risen more than 15 percent over the past year, but at about $220,000, this hamlet of 8,500 or so still is quite affordable.

Think opera houses are only for the big cities? The Barre Opera House, built in the 19th century, offers symphony, dance and other performances. Given granite quarrying has been a boon for Barre, it’s no surprise the Vermont Granite Museum is devoted to the history of the rock (even if New Hampshire is the one called The Granite State). And if that’s not enough, check out the largest zipper (74 feet long) in the United States – made, of course, of granite.

Hyped as the home of gangsta rap in the 1980s and 1990s, this Southern California city is now being seen as affordable and innovative. And compared to nearby beach towns, Compton’s housing is a bargain. The median home price in June was shy of $290,000. After peaking above $440 per square foot in February, the price of a single-family home dropped to about $410 per square foot by June. Los Angeles International Airport (best known as LAX) is a short drive away -- even when fighting the often-stultifying traffic -- so it’s easy to escape for a vacation.

The California city continues to grow, decade after decade. Voted an entrepreneurial hot spot, the city’s innovative ways can be seen at Tomorrow’s Aeronautical Museum, where youngsters are inspired by flying and a STEM (science, technology, engineering, math) enrichment program. And if you like 70-degree days and snowless winters, Compton is right up your alley.

The median value for a home in Flint is less than $30,000, which is hard to find in any city with a population hovering around 100,000. Unlike many towns during the pandemic, the price per square foot for houses has been dropping, making Flint quite affordable.

There are plenty of attractions. Flint boasts a branch of the University of Michigan, and residents can enjoy a number of summer festivals, such as Back to the Bricks, a vintage car show. Speaking of which, a museum in Flint named after General Motors chief Alfred Sloan showcases the city’s long history with automobiles.

Highly dependent on the steel industry, Gary declined in the 1960s and 1970s once foreign competitors cut into local companies’ profits, forcing thousands of layoffs. Today the median house is just shy of $70,000, and the price per square foot has declined this year from about $52 to $48.

Singer Michael Jackson grew up here, and you can see his boyhood home. The beautiful Indiana Dunes National Park – encompassing 15,000 acres – has it all, from swimming and camping in the summer to skiing and snowshoeing in the winter. You can also enjoy the fun of minor-league baseball for $10 or less by watching the Gary SouthShore RailCats at the aptly named U.S. Steel Yard.

Pueblo’s long history of steel production – including a slew of fabrication mills and blast furnaces – barely exists today, one reason why its unemployment rate is much higher than the Colorado average. Yet it’s one of the more affordable cities in Colorado; even after a price-per-square-foot rise from to $150 from $135 this year, the median single-family home is priced around $270,000.

Featuring jogging paths, eclectic shops and restaurant selections ranging from a pizza place to a steak house, the Pueblo Riverwalk – which offers boat rides as well – is an engaging spot to spend some time. Check out the Pueblo Weisbroad Aircraft Museum, which presents planes for view as far back as World War I and even includes a B-29 Superfortress. Of course, since you’re in Colorado, hiking in the mountains – in this case, the Wet Mountains – is always a great option.

Yelm’s inclusion on a worst-cities list two years ago – it was, in fact, the worst in the entire state of Washington – was based on a high rate of property crimes. During the pandemic in 2020, the crime rate dropped precipitously.

This town of about 8,900 benefits from a low median home price of $220,000. Not only that, the average price per square foot for single-family homes has been declining this year, from about $265 in January to $235 in June.

Having a view of Mount Rainier wherever one strolls is always a perk, which is one reason the population has been rising. For an energetic endeavor, ride a bike along the Yelm-Tanino trail, which features views of forest, creeks, wildlife and more. To relax once that is over, head to the local movie theatre, where every chair is a comfortable recliner.