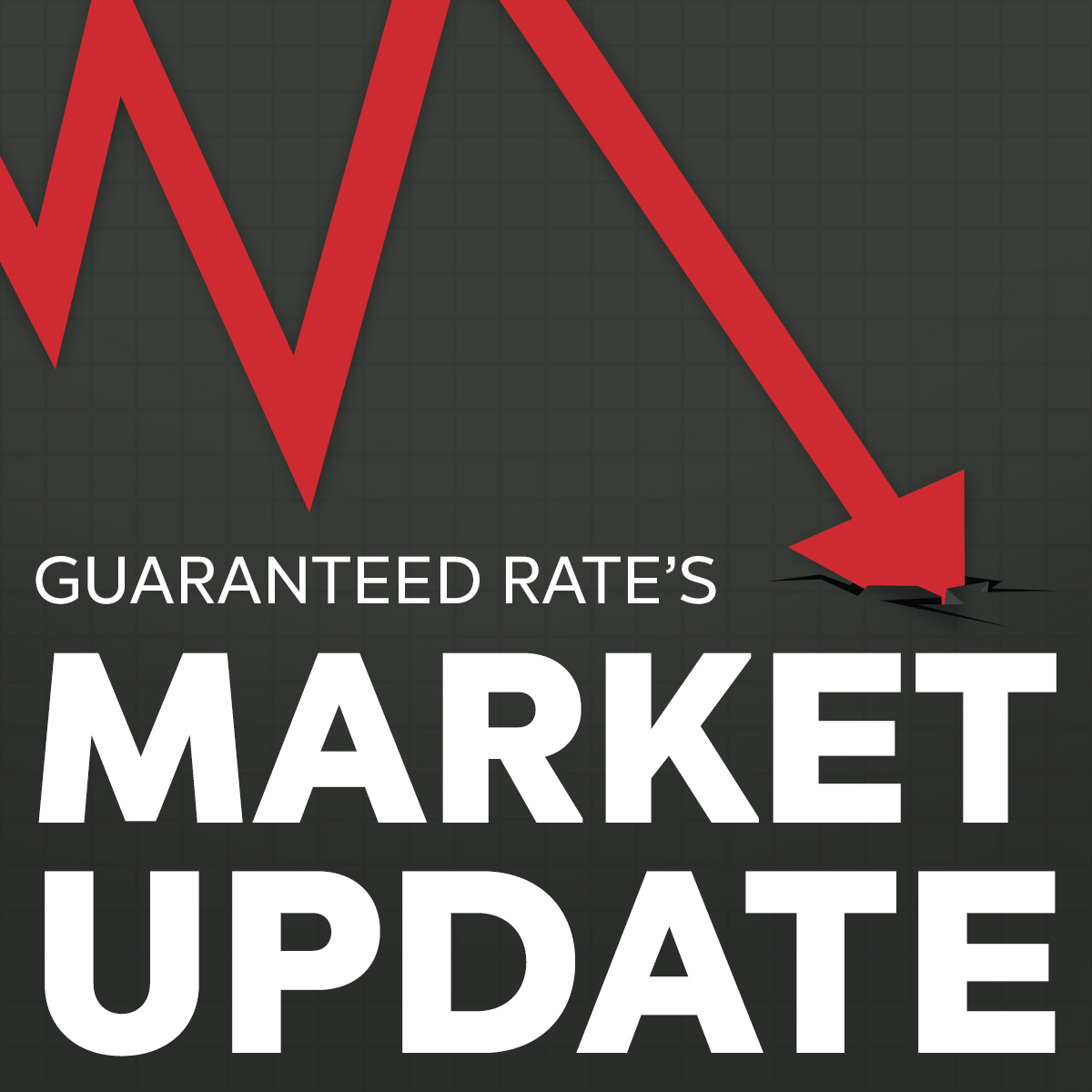 let
Today’s strong employment report breaks the tie between May’s weak report and June’s healthy one, and indicates the employment market is solid overall. The payroll data was more robust than the consensus estimate, particularly the spike in Average Hourly Earnings at +.3% vs +.2%. The US economy added 255,000 new jobs in June versus the estimate of 180,000, and there were impressive gains in Private payrolls, which added 217,000 jobs, led by the business sector. The unemployment rate slipped to 4.878% from 4.899% the previous month.

The surprisingly strong report sent interest rates higher early in the trading day with the 10yr treasury yield up about 4bps to 1.53%. 30-year mortgage rates also rose slightly by 2 to 3bps. The stock markets got a post-payroll pop with the Dow Jones Industrial Average moving up 150 points shortly after the open. This is a little surprising given that crude oil is once again in the red, giving up gains from the past two days.

With the positive trend in the job market, it’s interesting to see no change in the market’s expectation for an interest rate hike in 2016. Right now, the market is not expecting one. That could potentially change with another strong employment report in July and August, before the Fed’s next meeting in September.