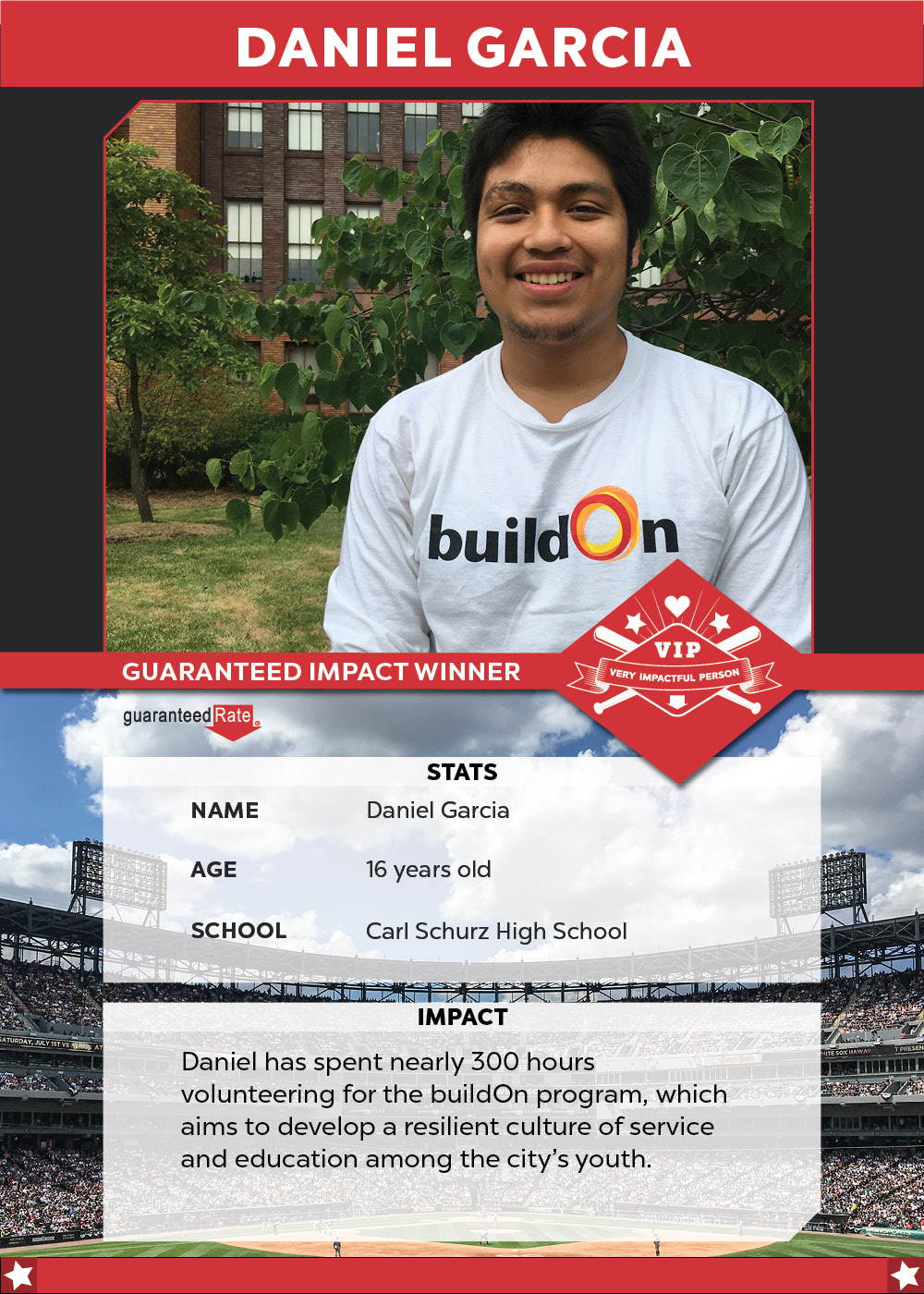 Daniel Garcia knows what it means to put the needs and wishes of others before his own.

It’s what led him to the buildOn program, which operates in Chicago communities hit hard by poverty and violence.

It’s also what motivated the 16-year-old to dedicate nearly 300 hours of his time during the last school year volunteering and giving back. For his selflessness, Daniel has been named one of 10 Guaranteed Impact winners.

“Danny has given so much of his time, energy, smile, skills and passion to his community,” shared AJ Taylor and Jessie Schwartz of buildOn and Carl Schurz High School. “But the best part of Danny’s impact on the community is his ability to build relationships from scratch. Danny has quite a skill for starting conversations with folks at places we serve, whether they are senior citizens or clients at a shelter.”

Daniel has volunteered in many ways, from preparing meals at a local homeless shelter on Saturday mornings to working with his mentee at the Magic After School Place to working with other students who are still mastering the English language.

Daniel has also recruited friends and peers to join him in his efforts. He leads by example, inspiring others to get involved and make their community a better place.

“He has become an advocate and ambassador for buildOn,” Taylor and Schwartz explained. “He is a one of a kind student and not only because he is happy to give up so much of his time to help others. He has an amazing ability to make the others around him happy to serve and excited to come back for more.”