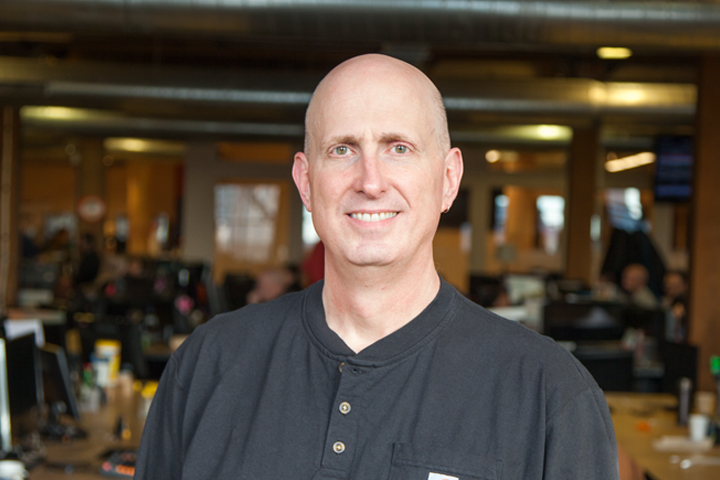 For someone who deals in the complexities that is software engineering, Guaranteed Rate’s Dr. Bob Beaty has a simplistic way of explaining what he does on a daily basis.

“I’ve done a bunch of different things in my life,” notes Beaty. “Writing code and solving problems are what bring me the most joy and satisfaction. Fortunately, I’m pretty good at them.”

While Beaty worked for a bank, a hedge fund manager, and most recently, an e-commerce company before joining Guaranteed Rate as a Senior Software Engineer in 2015, he employs a consistent approach that has served him well throughout.

“I listen to the users,” Beaty explains. “I give them the best effort I can and in the shortest amount of time I can do it. I operate with the hopes that my solution will be a long-term, sustainable one, because we’ve all probably come across things that look great in the beginning, but they either wore out quickly, broke, or just weren’t made very well. I’m interested in making things that last.”

Beaty has done that and more since shifting into the mortgage industry. Martin Logan, Chief Information Officer at Guaranteed Rate, credits Beaty for constructing CD Xchange (a mortgage collaboration solution that saved Guaranteed Rate millions over vendor solutions), teaching the programming language Clojure to his team, and building a large portion of the company’s service infrastructure and standards.

“On top of that, Bob is a wonderful mentor to new engineers,” says Logan, who adds that a senior software engineer title at Guaranteed Rate is the equivalent of being a principal in other companies. “His contributions have been so significant and he is very much a leader in our organization.”

“If I lead, it’s because others follow me, not because I set out to lead,” he states. “I like to live my life and do my job as an example to others. If someone wants to come to me for help, I’m more than happy to take the time to do it. You can’t force anybody to learn something. But you can place things in front of them to see what kind of reaction you get.

“It’s so important to bring a passion, an intensity and a commitment to every single minute of every single day,” adds Beaty. “When you sit in a meeting with Victor [Ciardelli, CEO and Founder of Guaranteed Rate], the man is passionate about whatever he does. That’s why I sync so well in this environment.”

For Beaty, though, it always goes back to the emphasis he places on the user. He says there’s nothing quite like when he shares his ideas with someone and observes their proverbial lightbulb turn on.

“It’s all about the moment when they get it,” Beaty shares. “That’s just so much fun for me to watch. To be the agent of action that brings that into someone’s life, it’s a wonderful gift. We’re all in this together, and it’s the sharing, the bonding, the giving and receiving, that is out of sight.”