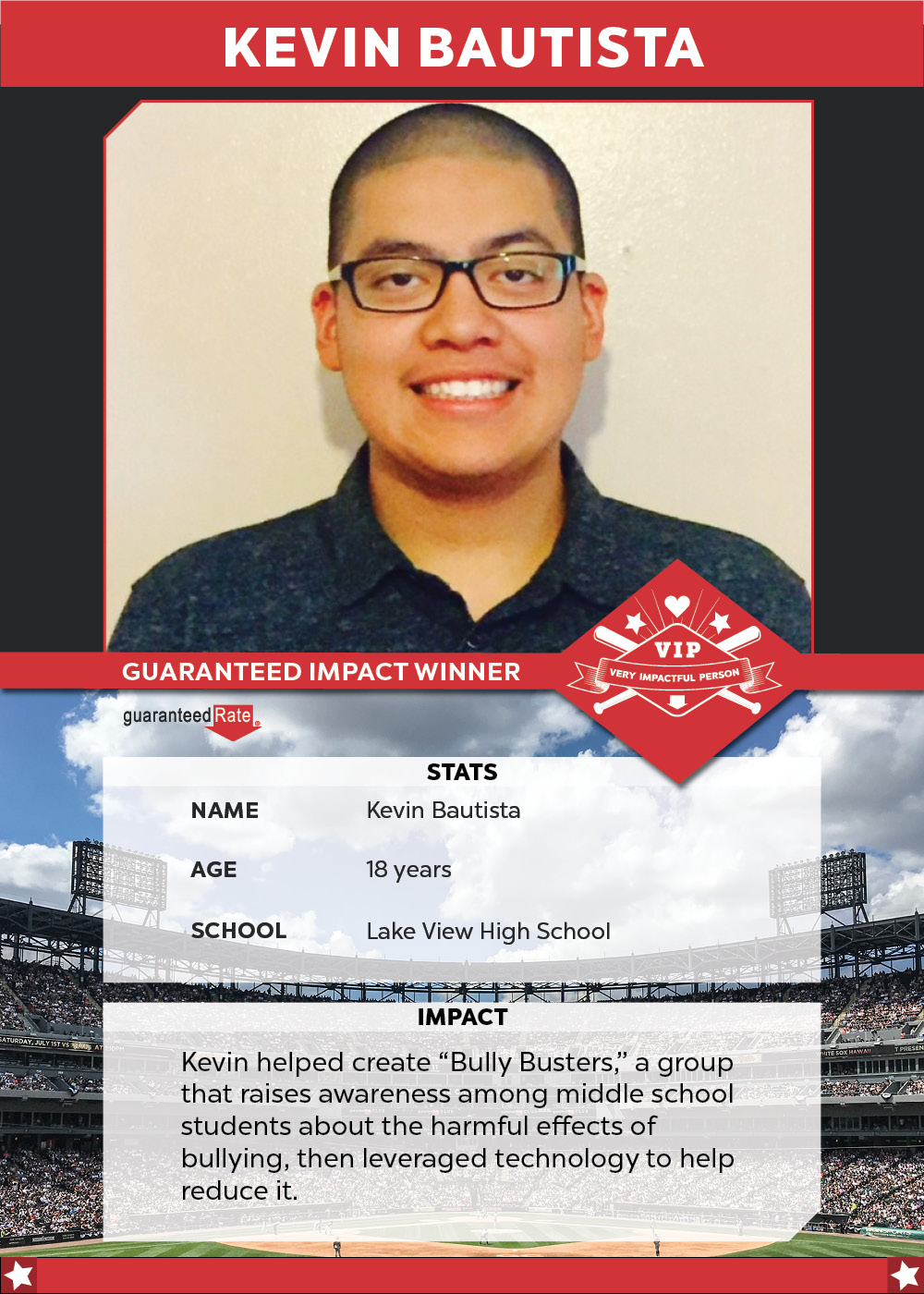 Like many students, Kevin Bautista has witnessed others being bullied. Two years ago, while attending Chicago’s Lake View High School, he decided to do something about it.

Bautista teamed with friends from other city high schools to establish “Bully Busters,” a group that raises awareness among middle school students about the harmful effects of bullying through a series of workshops. For his efforts, Bautista has been selected as one of ten Guaranteed Impact winners.

“Of all the students I have encountered, Kevin stands out because of his commitment to help in our school community,” says Maria Jellissen, a counselor at Lake View High School. “He is a genuinely thoughtful, well mannered, intelligent individual. Kevin is always the first one to want to help or volunteer and he strives to better himself and those around him.”

Bautista and his friends prepared for “Bully Busters” by interviewing several Chicago Public Schools administrators about bullying and researching relevant facts and statistics. At the workshops, students role-played different scenarios and discussed ways in which bullying can be prevented.

Bautista didn’t stop there. During a STEM (science, technology, engineering and math) challenge hosted by Microsoft Chicago, he and his team created a concept in which security cameras are equipped with thermal imaging sensors to detect body heat and levels of stress. When signs of distress exist, pictures are taken to help gather information and review whether bullying existed.

“Three words that best describe Kevin are dedicated, driven and compassionate,” states Jellissen of Bautista, who will continue his education this fall at DePauw University in Greencastle, Indiana. “He understands and values the importance of education. His interpersonal skills allow him to get things done, collaborate and lead his peers. He has tremendous potential.”