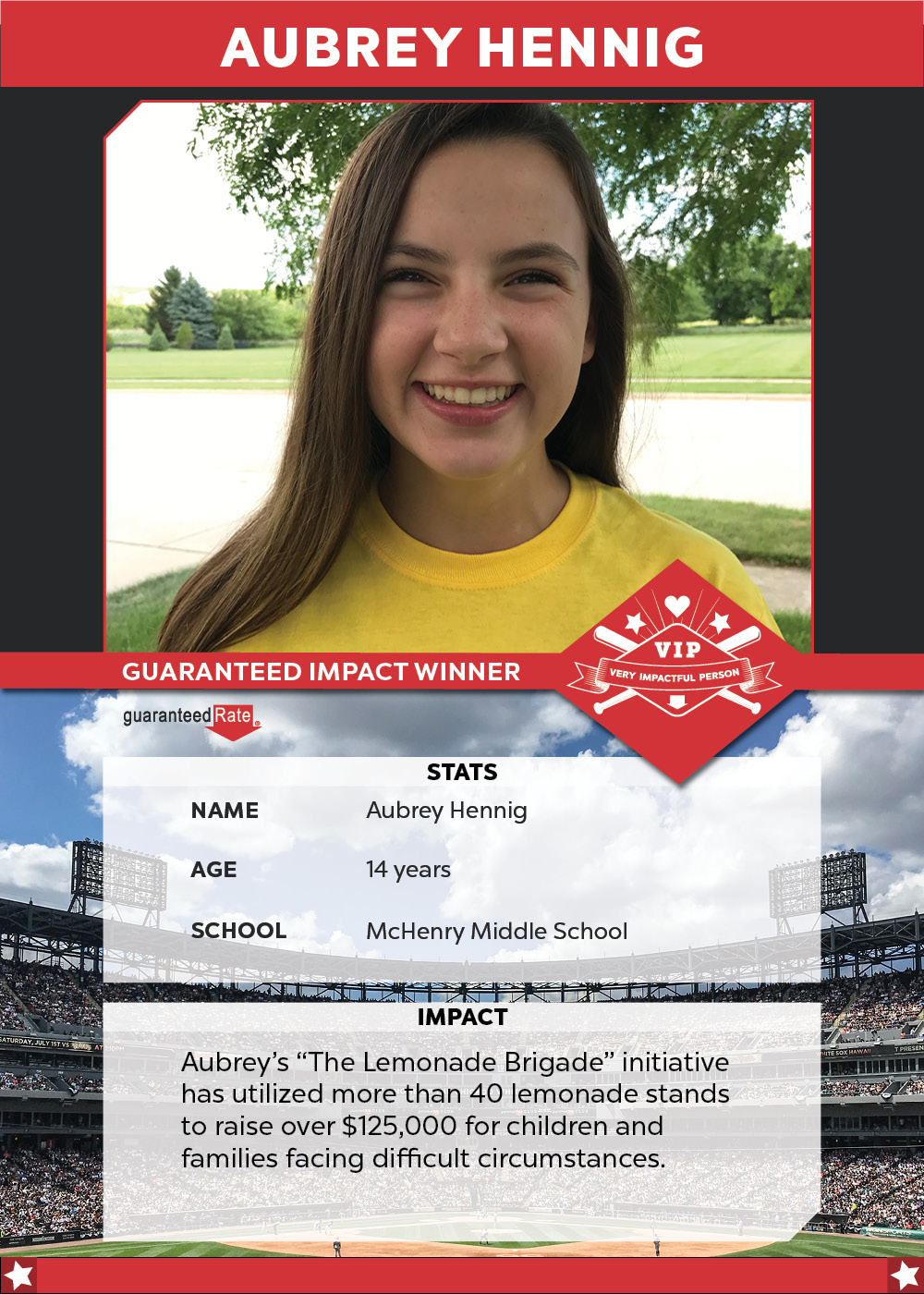 In October 2014, two McHenry County sheriff’s deputies were shot while making a well-being check. Soon after the local community got past the shock of it all, a massive outpouring of support followed.

Aubrey Hennig, now 14, went to school with one of the deputy’s sons and the gunman’s daughter. She wanted to help, as she felt it was a situation that neither should be in. She recalled a successful lemonade stand she operated that summer and decided to run with that concept.

“The Lemonade Brigade” was launched soon thereafter, an initiative that would exponentially expand over the next three years and raise more than $125,000 for children and families facing difficult circumstances. For her exemplary actions, Aubrey has been selected as one of ten Guaranteed Impact winners.

“She came up with the name, rallied a bunch of friends and over the first week, raised more than $5,000,” Aubrey’s mother, Chrissy Christiansen, recalls. “The mayor, firefighters, police, multiple local businesses and a vast majority of our community came out to show their support.”

The effort quickly gained momentum and one lemonade stand eventually became 43. Whereas proceeds initially benefitted the families of the deputies and the gunman’s daughter, “The Lemonade Brigade” grew to help other children who were facing adversity—some fought cancer or another medical hardship, while others lost a parent or endured a traumatic event. To date, Aubrey’s efforts have helped approximately 80 children, families and organizations.

“The Lemonade Brigade” continues to evolve. In May, it hosted its third annual Spring Spectacular Lemonade Stand. Aubrey has also implemented a mentorship and volunteer program, enabling more children in the community to get involved and give back.